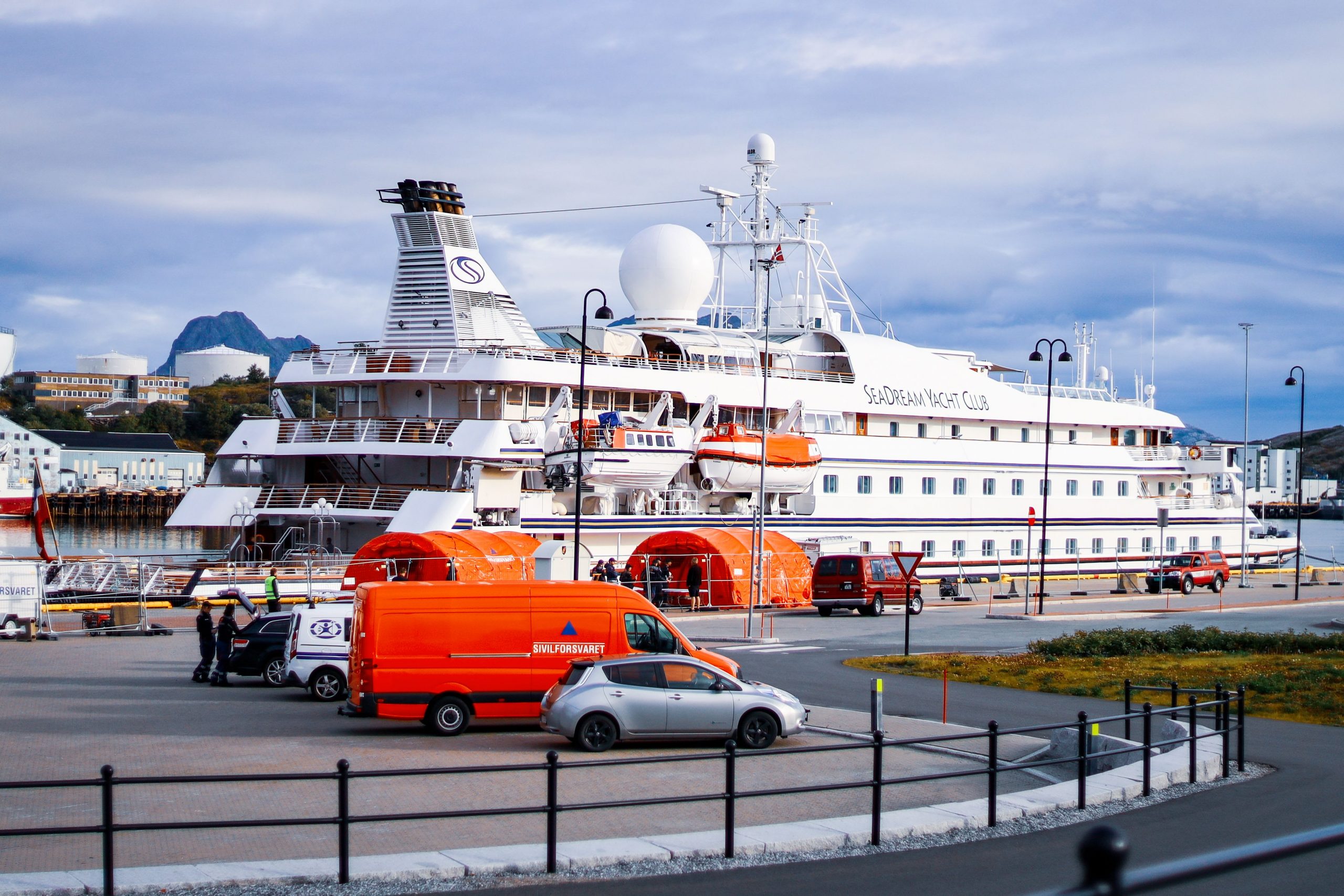 Five passengers aboard the first cruise ship to resume sailing in the Caribbean have tested positive for the coronavirus, according to reports and an interview with a passenger. The captain of SeaDream Yacht Club’s SeaDream 1, Torbjorn Lund, reported the positive Covid tests in an announcement to passengers and crew, Sue Bryant, a cruise editor for the Sunday Times, who is currently on the ship, said in a phone interview with CNBC. Gene Sloan, a cruise writer for The Points Guy who is also on the ship, confirmed the announcement, as well. Bryant said the five people who tested positive appear to be travelling in one group.SeaDream, an Oslo, Norway-based luxury cruise liner, did not immediately return CNBC’s request for comment. The company said in a statement earlier Thursday that it paused the ship’s Caribbean voyage “after guests’ tests for Covid-19 returned assumptive positive results.””Immediately after performing the preliminary rapid Covid test onboard and receiving the assumptive positive results, SeaDream advised local health authorities and set in motion its Covid response protocols to protect guests and crew,” the company said. “The ship’s medical staff has tested all crew members and all tests have come back negative. SeaDream is currently re-testing all guests.”The company noted that it successfully carried out cruises in Norway this summer. SeaDream implemented “even stricter health and safety protocols for our Barbados winter season,” the company said.”All guests were tested twice prior to embarkation and we are in the process of re-testing guests,” Andreas Brynestad, an executive vice president at SeaDream, said in a statement. “We are working closely with local health and government authorities to resolve this situation in the best possible way. Our main priority is the health and safety of our crew, guests, and the communities we visit.”Sloan, who is onboard the ship, told NBC’s “Today” show that the company had an “incredibly rigorous system” to try to keep the virus off the ship and out of the bubble. That strategy relied largely on repeated testing, Sloan said, which the company hoped “would block Covid at the door, so to speak.”However, Sloan told “Inside Edition” that people onboard the ship were not required to wear masks until two days into the trip.The ship is currently at the Port of Bridgetown in Barbados, according to cruisemapper, which tracks the location of cruise ships and other vessels. Bryant, the editor who is also on the ship, said the testing that resulted in five positive tests was conducted by Barbados health authorities. All crewmembers have tested negative, the captain announced, according to Bryant. They are still awaiting test results for all of the passengers, she said. The Barbados Port Authority did not immediately return CNBC’s request for comment.The ship currently has 53 passengers onboard and 66 crew, she said. All passengers and “nonessential crew” are currently quarantining in their quarters, she added, while Barbados authorities conduct more testing.”We just don’t know if we’re going to be able to leave the ship in Barbados. The captain seemed very optimistic,” she said. “We don’t know. We’re just waiting to hear.”Passengers on the current cruise boarded the ship on Saturday, Bryant said. She added that the ship has been “in a bubble” since then, only interacting with others on the ship.The news of a cluster of infections aboard a cruise ship is a blow to the industry, which is among the hardest hit sectors of the global economy. Cruise travel has been brought largely to a standstill since March, after some of the earliest Covid-19 outbreaks occurred on cruise ships, resulting in some deaths. The Cruise Lines International Association, a trade group that represents SeaDream and other cruise lines, did not immediately return CNBC’s request for comment. The U.S. Centers for Disease Control and Prevention issued a no-sail order in March for cruise operators, saying “that cruise ship travel exacerbates the global spread of Covid-19…”Last month, the CDC lifted the no-sail order and replaced it with a “Conditional Sailing Order,” which lays out a phased approach to help cruise companies resume operations in U.S. waters with health protocols such as increased testing and quarantine protocol.The SeaDream ship was allowed to sail in U.S. waters because the CDC’s regulations apply only to ships that have the capacity to carry at least 250 passengers. Some cruise companies have successfully operated voyages in Europe and elsewhere during the pandemic while keeping the virus off ships. And executives of the major publicly traded cruise companies have expressed optimism that with greater health and safety investments, they can successfully resume at least some operations next year.