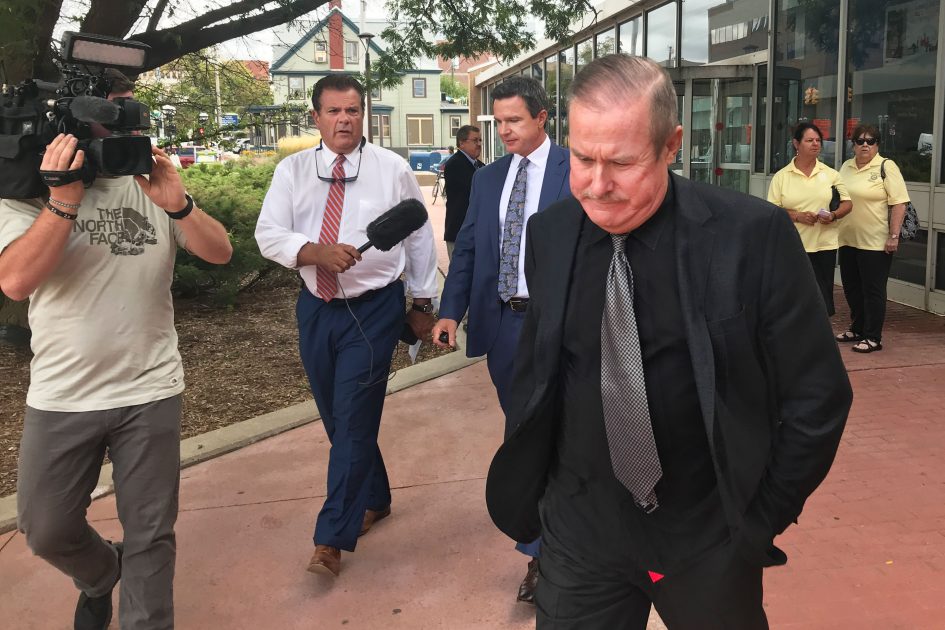 ANN ARBOR, Mich. – As leaders with the United Auto Workers union negotiate a new contract this week with General Motors executives, a former union negotiator admitted in court to receiving at least $1.5 million in kickbacks from union vendors.

Michael Grimes, a retired senior official with the union’s GM division, pleaded guilty Wednesday to charges of wire fraud and money laundering. He faces up to 20 years in prison for the charges, however prosecutors recommended Grimes serve 46 to 57 months. Sentencing is scheduled for Jan. 14 in Detroit.

Prosecutors have not publicly connected GM or its executives to Grimes as they did with a separate corruption case involving Fiat Chrysler and UAW executives. There also have not been allegations Grimes’ actions were meant to impact the UAW’s negotiations with GM as there was with the Italian-American automaker.

“The conduct admitted by Mr. Grimes in his plea today is shocking and absolutely disgraceful,” the UAW said in a statement, adding that it has since implemented a slate of changes meant to clean up its internal contracting process. GM reiterated the company is “deeply disturbed” by the conduct of Grimes and other union officials that has been uncovered by the government’s ongoing investigation.

“These actions represent a stunning abuse of power and trust,” GM said in an emailed statement. “There is no excuse for union officials to enrich themselves at the expense of the union membership they represented.”

Grimes’ guilty plea was part of a deal with federal prosecutors. Michael P. Manley, Grimes’ attorney, declined to comment as to whether or not his client is cooperating with prosecutors for the ongoing investigation.

“Mr. Grimes is devastated by his actions,” Manley, standing in-front of Grimes, told reporters after the hearing. “He has over 30 years devoting his time to the UAW. He loves the UAW. He’s crushed by what he has done to their reputation and is owned up to his actions and is going to suffer great consequence because of that.”

Grimes, while answering questions from prosecutors and U.S. District Judge Bernard Friedman, said he was facing “financial burden” as a reason for his crimes. Grimes, standing in a black suit with a silver checked tie, offered little other insight into his actions aside from answering direct questions. Grimes’ salary was $140,000 in 2017, his last year of full employment with the UAW before retiring last year.

Grimes’ plea is a major milestone in a multiyear probe by the Department of Justice into one of America’s largest unions. Grimes is the first person not affiliated with Fiat Chrysler to be charged as part of the investigation, which had previously led to convictions of eight union and company officials affiliated with the Italian-American automaker.

Grimes was a senior official with the union from 2006 through July 2018. That included serving as a member of the board for the UAW-GM Center for Human Resources training center, which was contracting with the vendors.

Under the plea deal, Grimes agreed to forfeit all money, items and property he received or purchased as part of the illegal wire fraud and money-laundering, including $1.5 million. He also purchased a 2017 Jeep Wrangler and a property in Fort Myers, Florida that will be forfeited to assist in paying the $1.5 million.

Federal prosecutors previously accused Grimes of receiving about $2 million in kickbacks from union vendors from 2006-2018.

Grimes was one of three union officials identified in court documents unsealed Aug. 14 as receiving bribes and kickbacks from vendors who were contracted to produce merchandise, including hats, watches, shirts and other gear, for the union — internally known as “trinkets and trash.”

Prosecutors on Wednesday did not identify the other individuals in the documents. Manley also declined to identify them. “We’re going to leave that up to the government to identify any person that is unnamed at this time,” he said.

The Detroit News, citing sources, previously identified them as being retired UAW Vice President Joe Ashton and one of his top lieutenants, Jeff Pietrzyk. Neither has been charged.