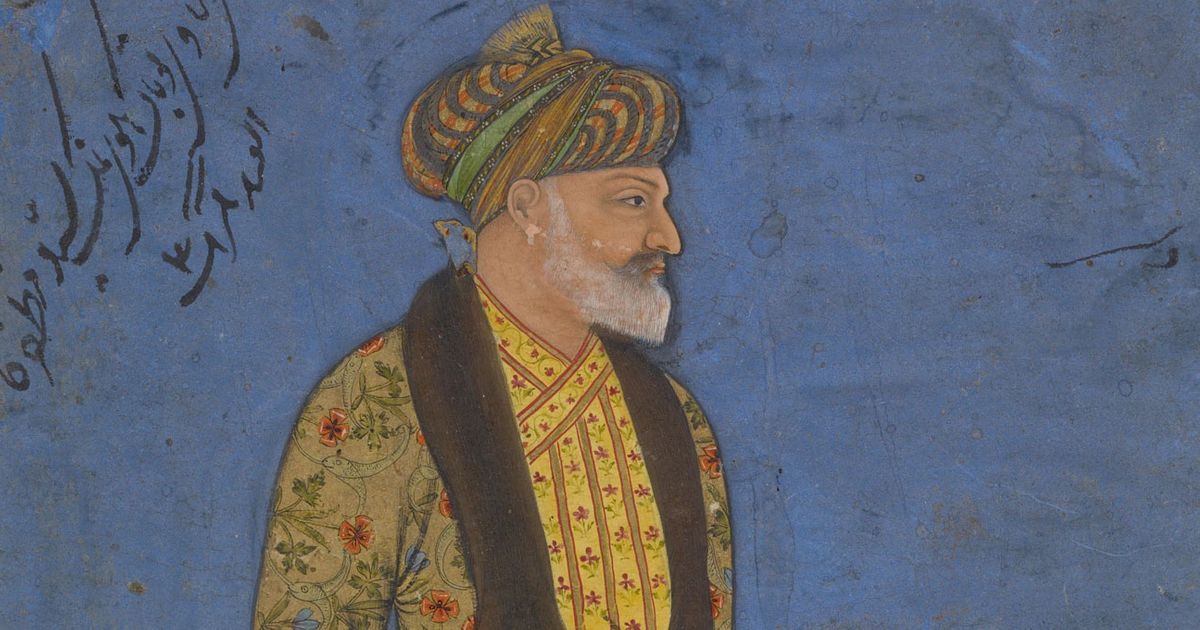 The identity of a once anonymous man depicted in an 18th-century Indian miniature painting at the Colby College Museum of Art in Waterville, Maine, was recently uncovered by a first-year student at the university. Previously known as Man with a Flowered Coat, the sartorially stunning subject holding a scroll and writing implement has been identified as Sayyid Muzzafar, the commander-in-chief for the 17th-century sultan Abul Hasan. The student’s discovery now links the miniature painting, held by the university museum since 1959, to other portraits of Muzzafar hanging in the British Museum in London and the Rijksmuseum in Amsterdam.The art historical puzzle was solved by freshman Matthew Brown, during a first-year writing class called Art 101 Reading Images. “Students select a single piece from the Colby College Museum of Art and they work on this through the semester,” says Dr Marta Ameri, who teaches the course. “It starts with a visual analysis and culminates in a research paper where they try to find as much information as they can so as to make an argument about the work. The trick here is that most of these pieces had not been published or very well studied.” The day before the papers were due, Ameri says, Brown told her he had made a discovery about the miniature Man with a Flowered Coat and asked for an extension. Brown says he was searching through similarly dated Mughal paintings when he found a portrait of Sultan Abul Hasan wearing a coat with a flower pattern that bore a striking resemblance to the painting at Colby College. “From this point in my search, I felt confident that these two paintings were connected in some way. I believed that it was possible that Man with a Flowered Coat could have been from the same area of Golconda, India. Due to the subject’s apparent literacy and high fashion, it was safe to assume that he was part of the upper-class,” Brown adds. “I began searching for people associated with Sultan Abul Hasan, and eventually I came across the Witsen Album, which is a collection of 49 portraits of rulers and other upper-class members of the Mughal empire, many of them originating from Golconda,” the student says. The album was featured on the Rijksmuseum’s website, and it included a portrait of a man named Sayyid Muzaffar who was described (in Dutch) as the sultan’s commander-in-chief.

A portrait of Sayyid Muzzafar from the Witsen Album at the Rijksmuseum, Amsterdam

“This portrait looked very similar to Man with a Flowered Coat—the two had a nearly identical face, and both carried a scroll,” Brown says. He corroborated his hunch by looking for other portraits of Sayyid Muzaffar, including paintings in the British Museum and the Bibliothèque Nationale de France. “There are a number of portraits of Muzaffar in larger collections, and so Brown started to put it together and suddenly we had a name for this man,” Ameri says. “This discovery links the works in small collections like ours to a larger dialogue across art history. It also speaks to the value of collections and exhibitions of small museums and their ability to push forward these dialogues.”

Ameri adds: “Since then, instead of being completely focused on grading papers, which is what I’m usually doing at this time of year, I’ve also been looking through the other miniatures in our collection to see if it’s possible to identify any more subjects.”Brown says he want this research adventure “to be a reminder, to myself and to others, that there is still much left to learn in art, and many times the information lies just below our noses.” The young art sleuth adds that he “made the discovery late at night while my friends were fast asleep” and that he celebrated his surprise find by “returning to my dorm to get the rest of a good night’s rest”.

‘We have to broaden our reach, be more interesting’: the year the Old Master trade went digital
Leeds museum makes history by hosting Covid vaccination hub
To Top
error: Content is protected !!
Top