From hiring parties to tuition, restaurants get creative to woo talent 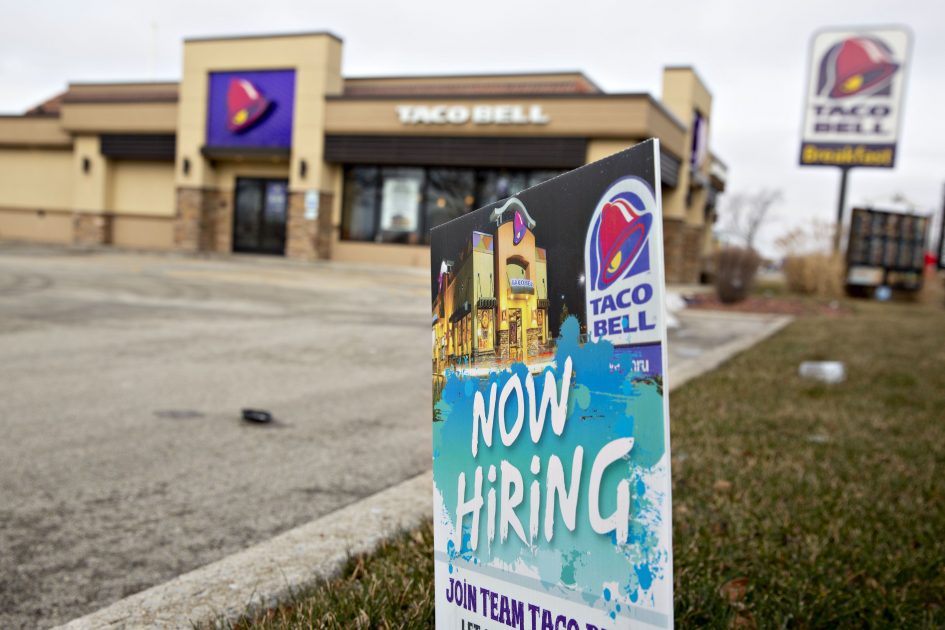 The historically tight labor market is squeezing industries from retail to manufacturing to service, and the restaurant sector is getting creative.

Last month, Taco Bell hosted 600 hiring parties across the country to attract potential candidates to the brand. The company, a unit of Yum Brands, said the environment is competitive and challenging, and parties are a way to differentiate during this labor crunch.

“We wanted to do something to help us stand out among the competition — it’s extremely competitive for great talent,” said Bjorn Erland, Taco Bell’s vice president of people and experience. “It really builds the employment brand for people that we may not hire today … it’s an opportunity to bring people into the brand and talk about the opportunities at the brand.”

Candidates like Tiffany Thornton relished the opportunity, and Taco Bell said it saw a 41% increase in company store applicants in April 2019 compared to the year prior.

“A situation like this allows for people to be able to come together, show themselves, their personalities, strengths, attributes, attitudes, and possibly get a job,” she said at the party.

From hiring parties to improved training, restaurants are thinking outside the box to attract and retain talent. A recent report from TDn2K, a restaurant analytics firm, found that employee vacancies are a major concern for restaurants indicating an “increasingly challenging environment,” with turnover inching up in March for both hourly and managerial roles.

McDonald’s announced a partnership with the AARP to fill some 250,000 summer jobs this year. Shake Shack has been testing a four-day work week for managers in markets including Nevada, Los Angeles, Dallas, San Antonio and Detroit.

“Our managers in our Shacks have shifted their hours across four work days instead of five. They are paid the same and retain all the same benefits,” Kristyn Clark, director of communications at the company said via email. “It’s still very early – we’re doing a lot of listening.”

Beyond just hiring, companies are focusing on talent retention and promoting from within. Chipotle said 83% of its current general managers are “home-grown,” and last year it promoted more than 13,000 employees. There’s also a new quarterly bonus program eligible for hourly staff, as well as health and educational benefits. Chipotle said employees received over $10 million in tuition assistance in 2018.

Starbucks also offers full tuition coverage for a bachelor’s degree through its college achievement plan, along with health care, parental leave and what it calls “Bean Stock,” restricted stock units that turn into shares over time.

Franchisees like the Wolak Group, which owns nearly 100 Dunkin’ locations in Maine, New Hampshire and New York, also are going the extra mile. The group opened a dedicated facility for training its franchise network in Syracuse, New York, where it has a more personalized orientation experience for new hires, and a revamped training program for managers.

“When you look at turnover within the industry, traditionally it’s well over 100% and we were not satisfied with that as an organization — so we took a very broad and strategic look at what things we could do to improve our training and workplace culture,” Colleen Fogarty, executive director of human resources at the Wolak Group, said. “I think it helps with retention. We’ve spent a lot of time developing training to enhance our current managers’ skill sets as well and they’re very appreciative of that.”

The group’s retention numbers show it’s onto something.