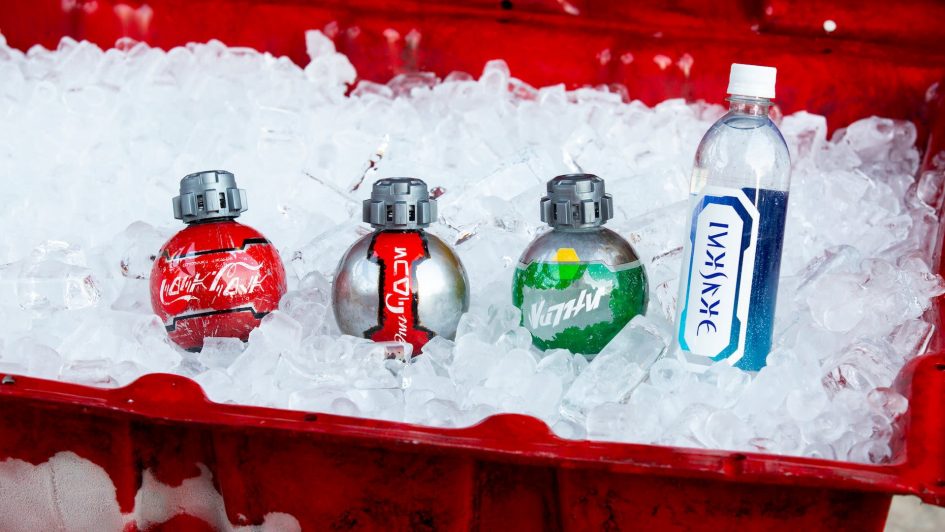 Coca-Cola, the official soda of Disney’s theme parks, worked with the company to create stylized Coke, Sprite and Dasani bottles that fit into the world of Batuu. The sodas are reminiscent of thermal detonators from the “Star Wars” films and feature the name of each brand in Aurebesh, the fictional language of Star Wars.

As Disney prepares to open its second Star Wars: Galaxy’s Edge park in Orlando, Florida on Thursday, TSA is cracking down on one of its most collectible items — its $5 Coke bottles.

There are more than a thousand unique items that parkgoers can purchase at Galaxy’s Edge and one of the most popular (and cheapest) is the bottles of Coke, Diet Coke and Sprite that have been stylized to fit in the world of Batuu. The sodas are reminiscent of thermal detonators from the Star Wars films and feature the name of each brand in Aurebesh, the fictional language of Star Wars.

Fans became enamored with these plastic bottles even before the California iteration of Galaxy’s Edge opened in May. Many have collected the bottles and brought them home from the park to display on shelves or, in some cases, turn into unique Christmas tree ornaments.

However, the Transportation Security Administration has banned the souvenir because it looks like a replica explosive.

Fans were quick to ask if removing the cap from the bottle and transporting them separately would allow them to bring the bottles on flights or stow in their luggage. However, the TSA was quick to squash that loophole.

“Even with a normal bottle cap, this item is still considered a replica and is not allowed in carry-on or checked bags,” a tweet from the account on Tuesday said. “If our officers discover a replica item during screening and believes it’s real, the item will be treated as such until advised otherwise by law enforcement.”

Travelers who visit the planet of Batuu are permitted to bring hand-built lightsabers and astromech droids sold at the Black Spire Outpost in carry-on and checked bags.

The TSA’s “What Can I Bring” guide even has a sense of humor about it, saying: “Sadly the technology doesn’t currently exist to create a real lightsaber. However, you can pack a toy lightsaber in your carry-on or checked bag. May the force be with you.”

Looks like fans will have to get creative if they want to take home the unique Coke bottles. Or hit up a local post office in Orlando or Anaheim, California before heading home.