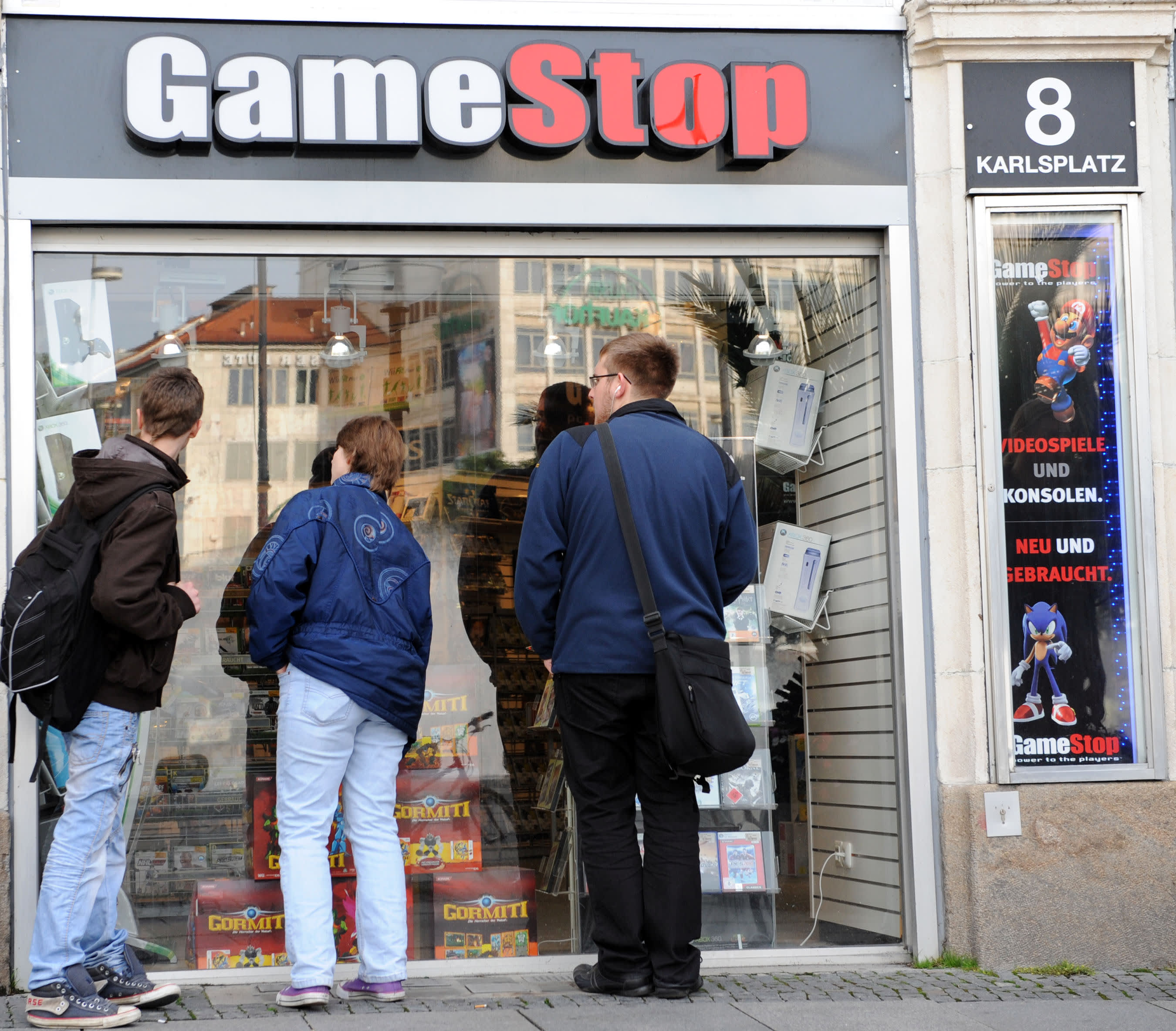 Customers outside a Game Stop store.Guido Krzikowski | Bloomberg | Getty ImagesShares of GameStop fell more than 15% in extended trading Tuesday after the company reported second quarter earnings and sales that missed analysts’ expectations while significantly lowering its same-store sales forecast.The company has been struggling to grow sales as consumers increasingly turn to purchasing games and gaming consoles online, through e-commerce sites such as Amazon. Trends such as gaming on smartphones or on a computer have also grown in popularity, which are stealing sales from GameStop’s brick-and-mortar shops. It also has been a while since consumers have gotten excited about a new gaming system.”While we experienced sales declines across a number of our categories during the quarter, these trends are consistent with what we have historically observed towards the end of a hardware cycle,” CFO Jim Bell said, in a written statement.Here’s what the company reported compared with what Wall Street expected, based on a survey of analysts by Refinitiv:Adjusted earnings per share: loss of 32 cents vs. 21 cent loss expectedRevenue: $1.29 billion vs. $1.34 billion expectedGameStop lowered its same-store sales forecast for the fiscal year. It said it now expects sales at stores open at least 12 months to fall in the low teens, compared with prior expectations of a decrease between 5% and 10%.It also said it plans to spend less on capital expenditures, lowering its forecast to a range of $90 million to $95 million compared with a previous expectation of $100 million to $110 million. “We will continue to manage the underlying businesses to produce meaningful cash returns, while maintaining a strong balance sheet and investing responsibly in our strategic initiatives,” Bell said. GameStop said its net loss widened to $415.3 million, or $4.15 a share, from a loss of $24.9 million, or 24 cents a share, a year earlier. Excluding a $400.9 million impairment charge and other items, the company’s adjusted loss from continuing operations was 32 cents a share. Analysts expected a loss of 21 cents a share, according to a survey from Refinitiv. It might be too soon to tell whether the earnings miss is a blow to Michael Burry’s thesis about GameStop. In August, the investor, who is most known for his calls on the subprime mortgage market that were featured in the book “The Big Short,” said he believed GameStop still had upside potential. Sony and Microsoft’s upcoming consoles will have physical optic drives, which will extend GameStop’s life significantly, he told Barron’s. He said the stock looks worse than it is. Shares of GameStop jumped more than 18% on that report.Currently, the stock is trading at around $5 and has fallen almost 60% since January. The company has a market value of $521 million.

L Brands promises an ‘evolution’ is ahead for Victoria’s Secret brand
Peloton sets IPO range, looks to raise as much as $1.2 billion
To Top
error: Content is protected !!
Top