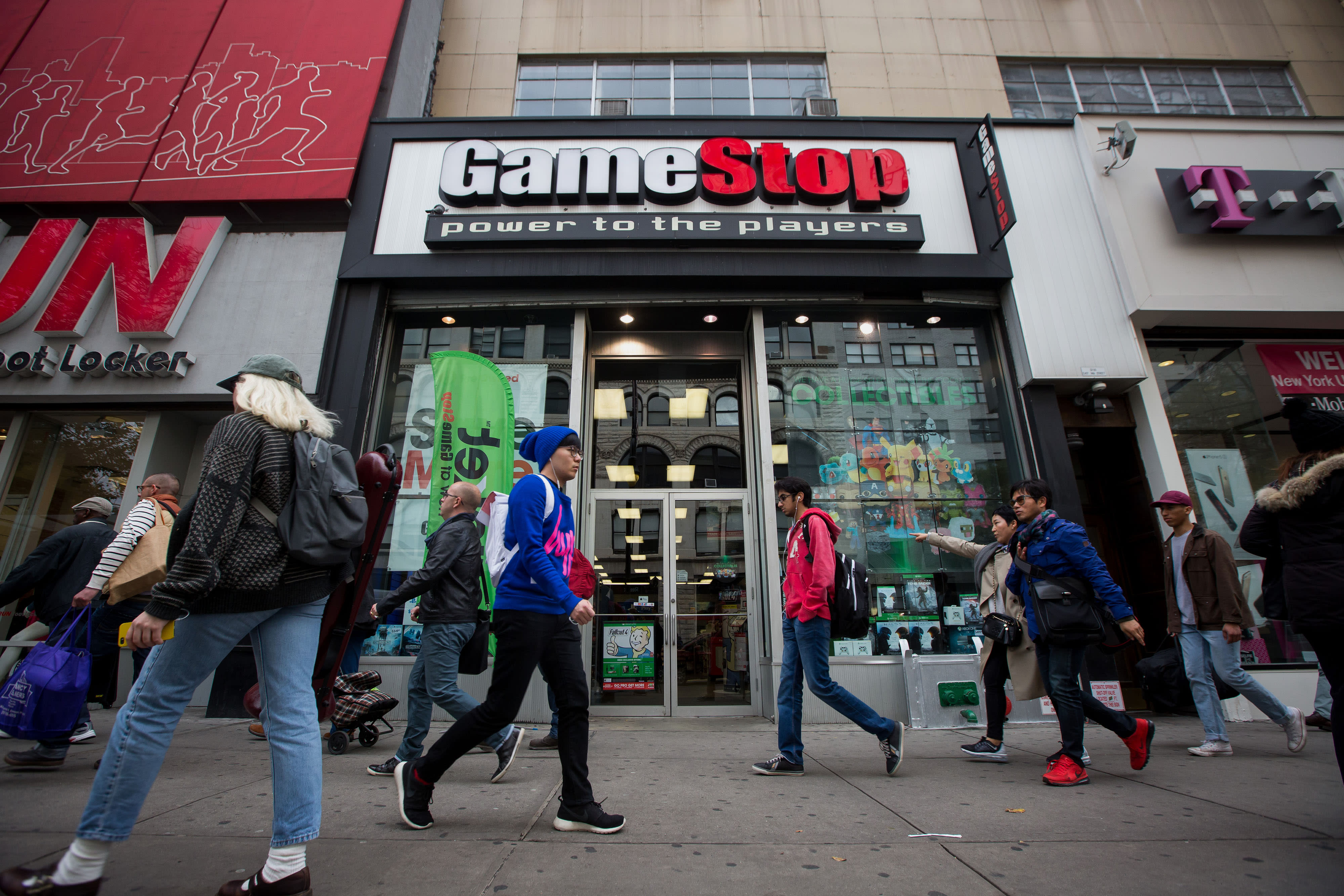 Pedestrians walk past a GameStop Corp. store in New York, U.S.Bloomberg | Getty ImagesBetween 180 and 200 underperforming GameStop stores are set to shutter before the end of the fiscal year, and more could be on the way.GameStop has blamed online shopping and digital sales of games for much of its sales misfortune in recent quarters. The company posted dismal fiscal second quarter earnings last week and slashed its same-store sales forecast for the year.On that earnings call, the company announced it would shutter up to 200 of its 5,700 global locations and hinted at “a much larger tranche of closures over the coming 12 to 24 months.”GameStop did not immediately respond to CNBC’s request for comment.According to data analysis by Thinknum, this is a good move for the company. For every GameStop location in the world, there are two other GameStop stores within 5 miles, Thinknum reported. And, on average, there are 6.2 other locations within 10 miles of that store.”They are going to take a hard look at what they can afford to cut and are going to look for redundancies,” Joshua Fruhlinger, editor-in-chief at Thinknum Alternative Data, said.Shoppers still like to go into GameStop locations to buy gift cards, used games and merchandise, but much of their new game purchases happen online. Fruhlinger said that even if the GameStop closest to these customers closes, they will still have a number of options within a five mile radius, or at most a 20 minute drive, to choose from.He foresees GameStop closing a number of locations in urban areas in which it has a massive density of stores. In New York City, for instance, a GameStop store on 6th Avenue in Manhattan has 35 other GameStops within 5 miles.”Some people still think this is a natural cycle as the console generation ages,” Fruhlinger said, explaining that some believe gamers will readopt old purchasing habits and return to stores when new gaming consoles from Sony and Microsoft are released.”There’s nothing natural about closing 200 stores,” he said.