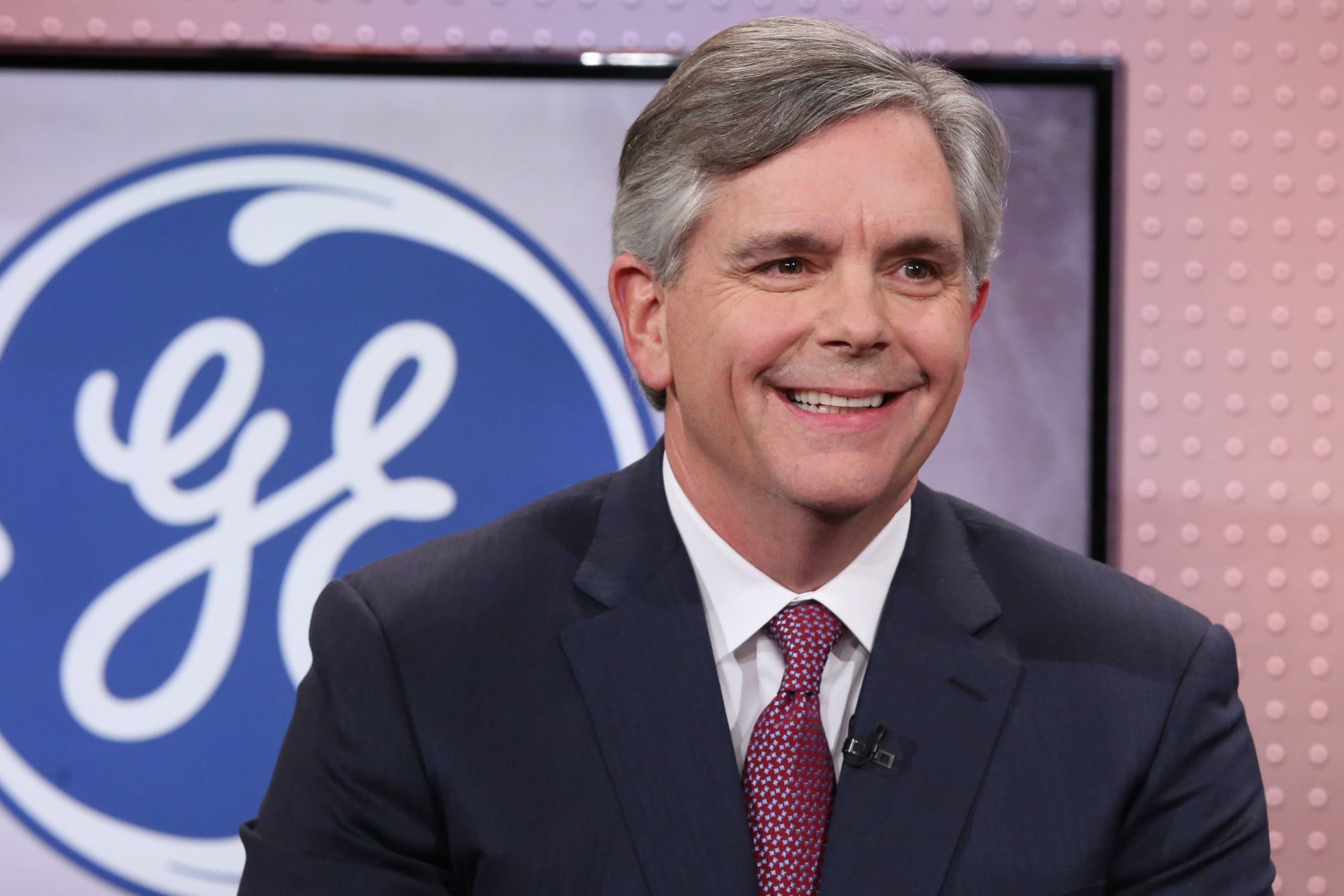 Larry Culp, CEO, General ElectricScott Mlyn | CNBCGeneral Electric stock surged more than 5% Monday as bullish analysts defended the company’s decision last week to sell its jet-leasing business to rival AerCap and new financial guidance.On Wednesday, the Boston-based conglomerate announced of the sale of GE Capital Aviation Services, or Gecas, the largest remaining asset of the company’s once-colossal finance arm GE Capital, to AerCap. GE is taking a 46% stake in the combined company and the deal will generate about $24 billion in cash. Once the deal closes in nine to 12 months, GE plans to shift GE Capital’s remaining debt and assets onto the company’s industrial balance sheet.To GE, the deal moves it further away from GE Capital, which nearly sunk the company after the 2008 financial collapse, so it can concentrate on the conglomerate’s industrial core, a focus for CEO Larry Culp.After the announcement of the deal, the stock fell from over $14 per share to briefly dipping below $12 a share in after-hours trading on Thursday. Analysts attributed the sell-off to a mix of profit-taking and concerns around what folding the debt-laden GE Capital into the industrial balance sheet could do to the company’s debt profile.But on Monday, bullish analysts from UBS, Goldman Sachs and Bank of America came to the company’s defense, extolling the merits of the Gecas deal and GE’s cash position.DebtIn a note to clients on Monday, Joe Ritchie of Goldman Sachs reiterated his firm’s buy rating with a $15 price target on GE stock. He said the Gecas deal moves GE closer to realizing its potential as the “ultimate self-help, vaccine-leveraged story in Industrials.”Ritchie brushed away concerns that the Gecas deal and the decision to collapse the remainder of GE Capital into the industrial balance sheet will increase the company’s net leverage to an unsustainable level.Notable GE bear Steve Tusa flashed concerns about this last week, saying the company has “sustainably high leverage … on top of fundamentals we would characterize as mixed with expectations on future earnings that remain too high.”And S&P Global said it might lower the company’s credit rating after the transaction closes, adding that it estimates that GE’s leverage will increase to about 6 times its assets after it consolidates GE Capital’s remaining debt on to its balance sheet, “even with GE using the cash at closing to reduce debt.”But Ritchie said it’s not fair to compare the expected 2021 industrial balance sheet that includes GE Capital to the prior year. Based on his estimates, Ritchie said GE’s 2020 net leverage, including GE Capital, was more than 10 times its assets, so six times assets would still be an improvement.Free cash flowBank of America’s Andrew Obin, who has a $15 buy rating on the stock, also came to the company’s defense in a note to clients on Monday. Obin noted that some investors may have sold on the news that the company would take a $5 billion one-time charge to reduce the use of something called factoring, or the selling of accounts receivable to another division to book the income earlier. The company said it would scale that practice back in 2021 to help simplify its accounting.More bearish analysts pointed to the $5 billion charge as a drag on the company’s guidance on free cash flow of between $2.5 billion and $4.5 billion for the year.A “simpler GE comes at a cost, but expect beat and raise results from here,” Obin said of the charge.And UBS’ Markus Mittermaier told clients Monday that the consolidation of GE Capital into the industrial balance sheet is a “long-term positive.” He noted that some assets from GE Capital will also move into the industrial balance sheet and that the company has sufficient cash flexibility to handle its debt load.”The move last week essentially brings an end to GE Capital and will significantly simplify not only reporting but also the ability for management to focus on GE ‘making things” again,’ he said. He added that it “creates strategic optionality in the industrial portfolio from removing debt and related parent company guarantees on that debt.”