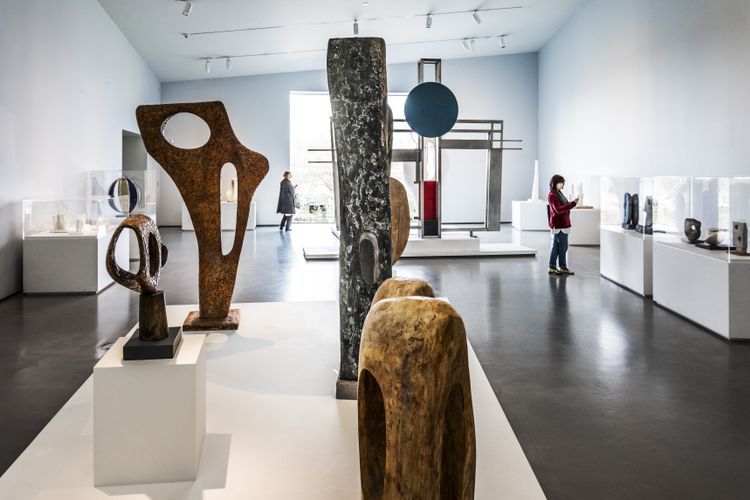 
The work of Barbara Hepworth at The Hepworth Wakefield, one of the museums on the Freelands Award shortlist
© Marc Atkins/Art Fund


Commercial galleries lag woefully behind the public sector when it comes to the representation of female artists in Britain because the art market “reinforces the success and legitimacy of male artists through value”. Such are the findings of the fourth Freelands Foundation report, released today.

According to a sample of 28 London galleries showing in the main section of Frieze London in 2018, just 32% of their artists were women (up 4% from 2017). It makes for even gloomier reading regarding deceased artists—of the estates managed by London’s commercial galleries, only 23% were female artists.

The report found there is no link between female gallery directors and a higher number of female artists. Pilar Corrias, Danielle Arnaud and Hollybush Gardens, for example, represent a greater number of women, but Sadie Coles, Maureen Paley and Marian Goodman do not. There is a more obvious connection between galleries with a higher turnover representing more men. “The adage that equality trickles down is not evident,” says the report’s author Kate McMillan, an artist and fellow at King’s College, London.

The disparity is even more pronounced at auction. In 2018, 88% of sales in the contemporary auctions at Sotheby’s were by male artists. “This continues to reflect anecdotal attitudes in the sector that female artists make poorer investments,” McMillan says. In turn, this allows the market “to determine the legacy of female artists”.

The report suggests that more needs to be done to educate collectors and impress on auction houses their “significant role” in achieving gender equality.

In terms of London exhibitions, as much as 55% of solo shows in non-commercial galleries and museums were by women in 2018 (compared with 39% the previous year).

While the data for 2018 shows “incremental improvements”, change is happening at a “slow pace”, McMillan notes. Her report quotes a statistic from the World Economic Forum’s 2018 Global Gender Gap Report, which says that it will take 108 years to achieve gender parity at current rates of change.

McMillan’s report was published today to coincide with the announcement of the six regional arts organisations to be shortlisted for this year’s £100,000 Freelands Award. They are First Site, Colchester; Hepworth Wakefield, Yorkshire; John Hansard, University of Southhampton; MAC in Belfast; MK Gallery in Milton Keynes; and Towner Art Gallery, Eastbourne. The annual £100,000 award was established in 2016 by Elisabeth Murdoch, the Tate trustee and philanthropist who started the foundation in 2015.

Leah Chase, New Orleans chef and collector of African American art, has died aged 96
What was the real purpose of the English country house library?
To Top
error: Content is protected !!
Top