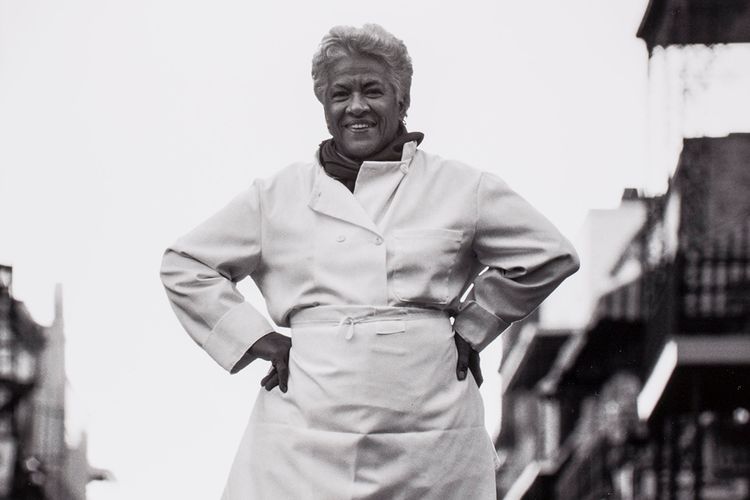 Leah Chase, in an image from Brian Lanker’s 1988 photo series I Dream a World, in the collection of the New Orleans Museum of Art
© Brian Lanker Archive


The New Orleans chef and “Queen of Creole Cuisine” Leah Chase, behind the city’s legendary restaurant Dooky Chase’s, where she showed her significant collection of African American art, died last Saturday, 1 June, aged 96. “New Orleans has lost one of its most beloved personalities, Leah Chase, a woman whose passion for cooking and hospitality was matched only by her devotion to the arts,” Susan Taylor, the director of the New Orleans Museum of Art, where Chase was an active board member and volunteer for decades, said in a letter posted on the museum’s website yesterday.

Chase was born in Madisonville, Louisiana on 6 January, 1923. Though she was not interested in cooking growing up, she said in a 2015 interview with the Global Culinary Innovators Association, her work as a waitress in New Orleans’s French Quarter “made [her] want a restaurant of [her] own”. She said she was lucky to marry Dooky Chase, in 1945, whose mother owned a sandwich shop that became Dooky Chase’s Restaurant in 1941. “In the black community you had nothing but little sandwich shops, because everybody cooked at home,” she explained. “Nobody ate out: [because of] segregation, there was nowhere for you to eat.”

A civil rights activist, Chase went on to serve civil rights leaders, presidents and major cultural figures including the singer Sarah Vaughan, the writer James Baldwin and the producer Quincy Jones in her restaurant—which Ray Charles name-dropped in a song.

Chase began collecting art around 1972 and showing it in her restaurant. “People didn’t have [art by African Americans] their galleries,” she said in a 2008 interview with Doug McCash, the art critic of the New Orleans newspaper The Times-Picayune. “So I would put it up in here so people could see it.” One of her favourite pieces and among the first she acquired, she said, was a work by Elisabeth Cattlett, which the artist sold her to her for $300. Other artists she collected include Jacob Lawrence and John T. Biggers.

“When people come in [the restaurant] and say, ‘Oh you have a lot of nice pictures’, I don’t like that, no— It’s not a picture, it’s somebody’s work, it’s an artist’s thoughts,” she said. “But they learn its more than a picture and it talks to you… I don’t care who did it, if it talks to you, that’s what you should hang up and that’s what I try to have—art that talks to me.”

Chase did not enter a museum until she was in her 50s, having lived through the era of segregation, but became a member of the board of the New Orleans Museum of Art (Noma) in 1977, and was an honorary life member up until her death. She was an active volunteer at the museum for decades, and was even the subject of a 2012 exhibition, with portraits of her working at Dooky Chase’s by Gustave Blache III, one of which is now at the National Portrait Gallery in Washington, DC.

“I used to think museums were just for the elite, and all you had were Old Masters works,” she said, according to Taylor’s letter. “I like those, but it’s important to have art that everybody can relate to. I want more people in the museum.”

When Chase turned 90 in 2013, Noma launched an acquisition fund in her name to buy works by African American artists, including a wall relief by Leonardo Drew commissioned for the museum. She also supported the arts beyond New Orleans, testifying in Congress in 1995 for the importance of the National Endowment for the Arts.

You get to know an artist through their work, she said. “You could almost use it as a prayer showing God how you appreciate what he’s given you”, Chase told McCash, “and I always envied them for that”.