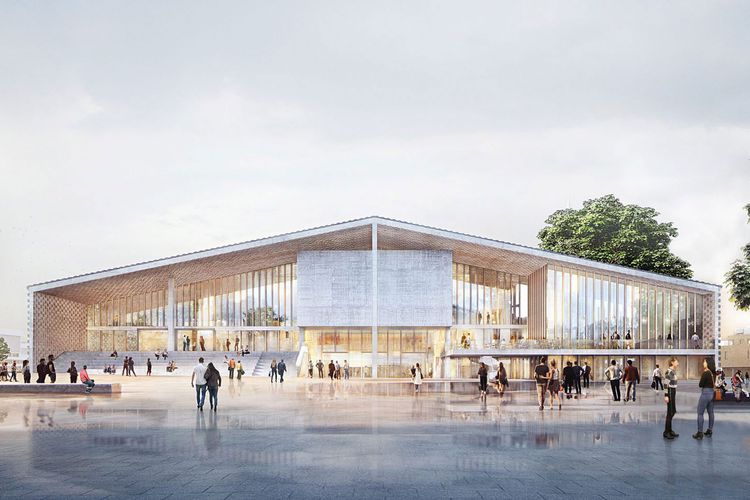 Gerhard Richter has agreed to donate works for a special room to be allocated to his art in the new museum of 20th century art to be built in Berlin by the Swiss architects Herzog & de Meuron, the German Culture Ministry said.

Culture Minister Monika Grütters visited the 87-year-old artist in his studio in Cologne last week to discuss his donation, according to a statement from her ministry. “This is a big vote of confidence by Gerhard Richter and a great honour for the Nationalgalerie,” Grütters said. Further confidential talks with the Berlin museum authorities will define the scope and details of the donation, the statement said.

Two rooms are already devoted to Richter in the Albertinum in Dresden, the artist’s native city. The city of Cologne, where he has lived for 36 years, has expressed interest in devoting a museum to his work. Richter said a proposal for such a museum put forward by Fritz Schramma, a former mayor of Cologne, is “well-intentioned” but he is not interested.

“I don’t want my own museum,” he said in an interview published in the online edition of the Rheinische Post newspaper on 2 August. He added that he wants his work to be shown alongside that of other artists.

The new Berlin museum is to be located near Potsdamer Platz next to Ludwig Mies van der Rohe’s Neue Nationalgalerie, which is currently undergoing restoration. It is intended to house the city’s vast store of 20th-century art, which has dramatically outgrown the Neue Nationalgalerie and includes works by Ernst Ludwig Kirchner, Pablo Picasso, Max Beckmann, Anselm Kiefer, Joseph Beuys, Andy Warhol and Andreas Gursky.

Berlin’s Tagesspiegel newspaper reported that some commentators have questioned whether Grütters should get involved in a decision they said should be left to the curators of the new museum—especially as exhibition space is limited given the size of the collection to be shown there.