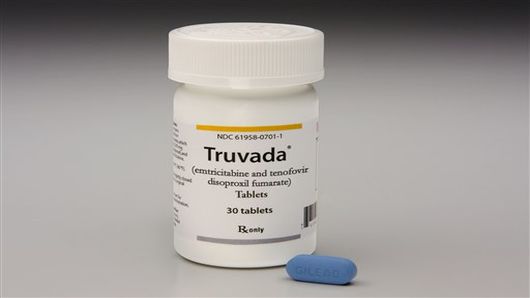 This photo provided by Gilead Sciences shows Truvada. Federal drug regulators on Tuesday affirmed landmark study results showing that a popular HIV-fighting pill can also help healthy people avoid contracting the virus that causes AIDS in the first place. While the pill appears safe and effective for prevention, scientists stressed that it only works when taken on a daily basis. The Food and Drug Administration will hold a meeting Thursday to discuss whether Truvada should be approved for peopl

Pharmaceutical giant Gilead Sciences has agreed to donate drugs that reduce the risk of HIV transmission for up to 200,000 people a year, the Trump administration says.

The agreement between Gilead and the Trump administration will last until at least Dec. 31, 2025, and possibly through the end of 2030, Health and Human Services Secretary Alex Azar said in a statement Thursday. Gilead will donate its PrEP medication Truvada, which is used to reduce the risk of HIV infection and usually sells for $1,600 to $2,000 a month in the United States.

The deal will “help us achieve our goal of ending the HIV epidemic in America!,” President Donald Trump said in a tweet.

Trump has pledged to end the HIV epidemic in the United States by 2030, a goal long sought by public health advocates. According to the latest data from the Joint United Nations Programme on HIV/AIDS, about 36.9 million people worldwide are living with HIV or AIDS, and an estimated 21.7 million of those people are using antiretroviral medicines to suppress the infection.

Gilead said it will donate its Truvada pill until a second-generation version, Descovy, becomes available. The Trump administration has agreed to cover costs associated with distributing the drugs.

“Securing this commitment is a major step in the Trump Administration’s efforts to use the prevention and treatment tools we have to end the HIV epidemic in America by 2030,” Azar said.

Why day care costs are so high in America
Uber CEO says he’s building the next Amazon, even though growth is slowing
To Top
error: Content is protected !!
Top