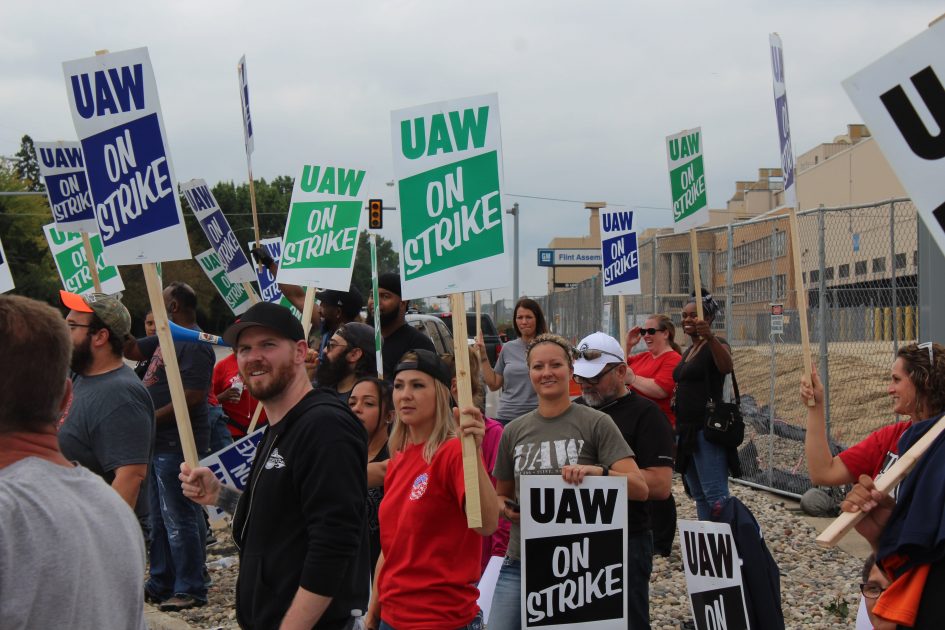 United Auto Workers members with General Motors picket outside of one of the automaker’s truck plants in Flint, Mich. on Sept. 16. The union called a strike against the automaker after a deal was not reached by a Saturday night deadline.Michael Wayland / CNBCDETROIT – The White House and General Motors on Tuesday denied a report in Politico that said the Trump administration was involved in the automaker’s contract negotiations with the United Auto Workers union.The political website reported that the White House was attempting to intervene in the contract talks, citing unnamed sources. Some 48,000 union members went on strike early Monday after negotiations reached an impasse over the weekend.Politico reported that the White House was “seeking to end the United Auto Workers strike against General Motors with an agreement that would reopen an assembly plant in Lordstown, Ohio that GM shut down in March,” citing anonymous sources. It said National Economic Council Director Larry Kudlow and White House trade and manufacturing adviser Peter Navarro were involved in the discussions, citing a person close to the matter. Politico spokesman Brad Dayspring said the publication stands by its reporting.Both the White House and company said the article was false.”The White House has no involvement in the negotiations,” GM spokesman Pat Morrissey said in an interview.White House spokesman Judd Deere backed up GM: “This story is false. The Trump Administration, including Larry Kudlow and Peter Navarro, are not involved in the negotiations between the UAW and GM. As President Trump has said, we would like to see a fair and speedy conclusion to these talks.”GM on Sunday said a potential four-year deal with the union included “solutions” for the Ohio plant as well as another in Michigan that were potentially slated for closure as well as wage and lump-sum increases in each year of the deal.The company declined to provide further details about the deal.A person familiar with the proposed deal told CNBC that the “solutions” for the plants included production of a new all-electric pickup at the Detroit-Hamtramck plant in Michigan and battery cell manufacturing for workers in Ohio in addition to an announced deal to sell Lordstown Assembly to an affiliate with all-electric vehicle company Workhorse. The jobs would likely be at a facility near the current plant.