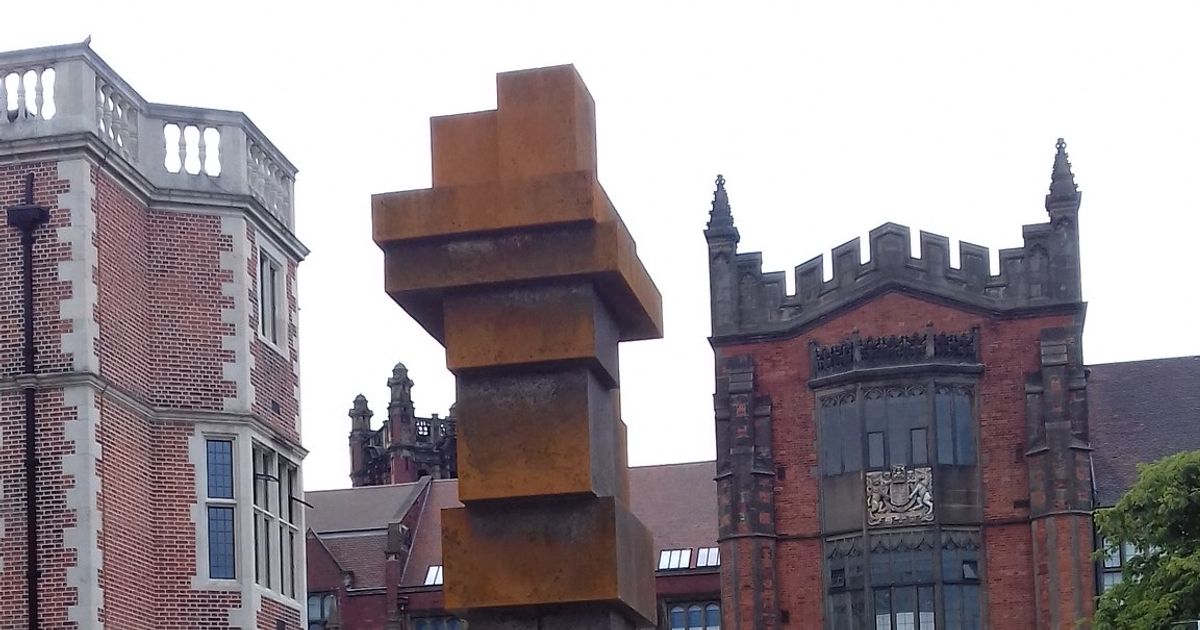 A man accused of vandalising a sculpture by Antony Gormley located at Newcastle University has been cleared by a court of criminal damage. James Evans was accused of defacing the Clasp sculpture May 2019 when he spray painted the work. According to the local newspaper, Newcastle Chronicle, Evans entered a no guilty plea at Newcastle crown court on the basis that “he had an honest belief the artist would not have minded what he did”. Evans’ solicitor Brian Hegarty tells The Art Newspaper that it was “fairly well advertised that the [Clasp] sculpture was meant to react to its environment”. The work was vandalised further in March, however, when more graffiti was daubed on the piece (police subsequently released a CCTV image of two people they want to identify). Gormley had not responded to a request for comment at the time of writing.Clasp, comprising a stack of iron blocks, was loaned by the artist to the university in 2018. “Inspiration [for the piece] comes from architectural structures, including the Cyclopean walls of Mycenae, the Trilithons of Stonehenge, and the buildings of Mies van der Rohe,” according to the university website. A petition launched when the work was unveiled claimed the piece had “ruined the aesthetic of the campus”. The Newcastle work is not the only piece by Gormley to have been “modified”. In 2017, the artist’s iron men sculptures on Crosby Beach near Liverpool were decorated in colourful outfits by an unknown fellow artist. Nine of the works in the Another Place installation were adorned with items such as a pink polka-dot bikini and bright orange shorts. The works were installed in 2005 and spread across 32 miles of the foreshore. Gormley recently reinforced a number of the sculptures after they began sinking into the mud. According to the Guardian, the sculptor also helped “reset” some works after a team of conservators repositioned 51 of the pieces at the wrong angle in 2019. “I was just very, very concerned that they all face west, between 247 degrees west and 275 degrees west,” he said.