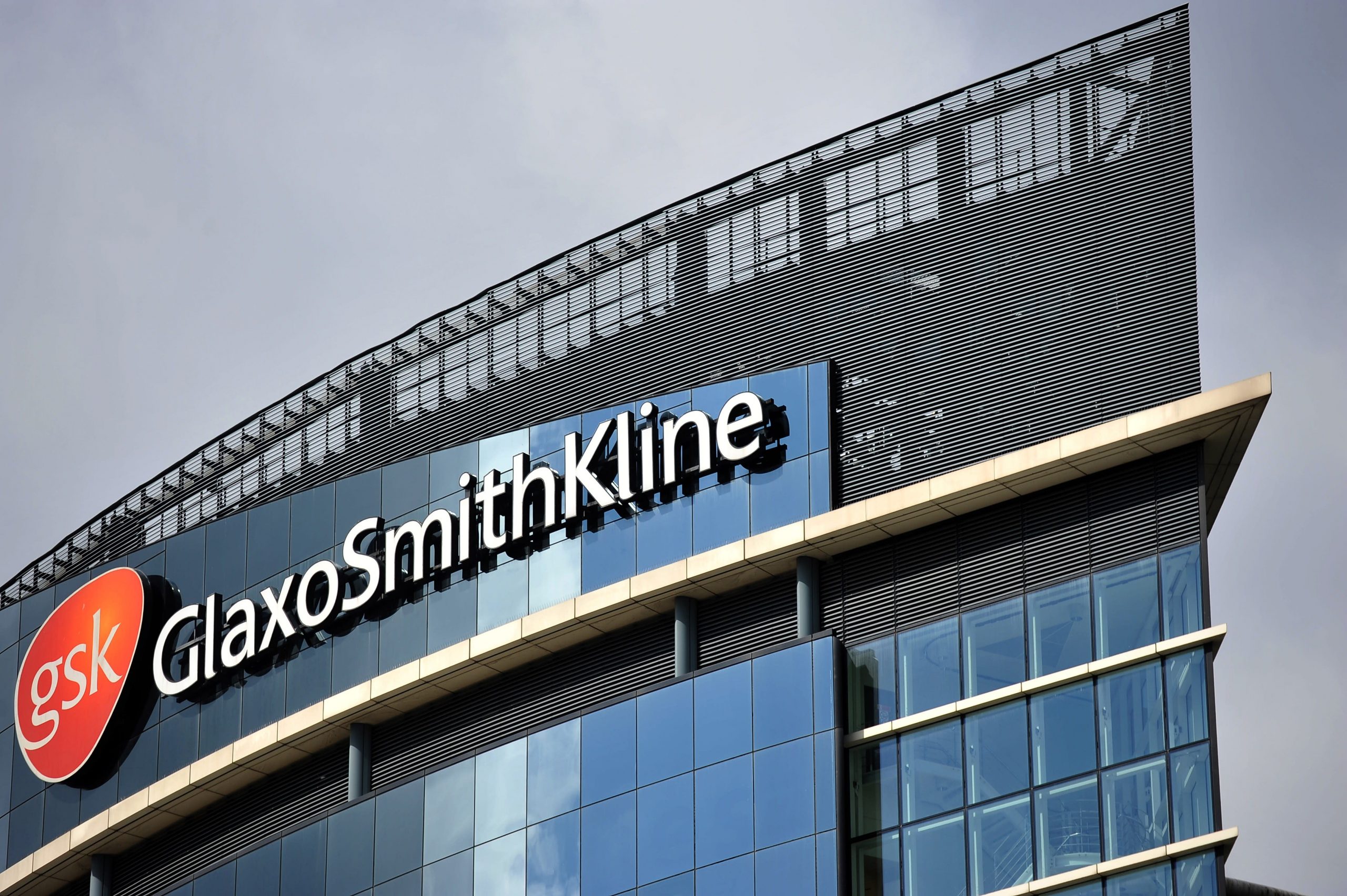 View of the headquarters of the British pharmaceutical company GlaxoSmithKline in west London.Ben Stansall | AFP | Getty ImagesLONDON — British pharmaceutical giant GlaxoSmithKline faces a crunch meeting with investors on Wednesday after announcing a new strategy for the next decade centered on the splitting off of the company’s substantial consumer products arm.The new core drug and vaccine division, which CEO Emma Walmsley has dubbed “New GSK,” has set targets of 5% sales growth and 10% profit growth between now and 2026. The separation is expected to take effect in mid-2022.GSK is also aiming for more than £33 billion ($46.2 billion) worth of sales by the end of the decade, which it hopes will offset the loss of exclusivity over HIV medication dolutegravir in 2028.Investors have reacted positively to the plans thus far, with GSK shares up 3% by mid-afternoon trade in Europe.However, Walmsley will need the backing of investors at the company’s Capital Markets Day, having been under pressure of late from U.S. activist investor Elliott Management. The virtual session begins at 2 p.m. London time on Wednesday.Walmsley told CNBC’s “Squawk Box Europe” on Wednesday that the separation of the business was a “step change in growth” and the culmination of a four-year transformational plan, aiming to address “perennial underperformance” in the business.”This growth is all about a quality vaccines and specialty medicines portfolio, and that is really core to the strategy of New GSK, being focused on prevention of disease as well as treatment,” she said.”It’s about setting out New GSK as a growth company with new ambitions for shareholders, but also our chance to impact positively the health of 2.5 billion people over the next decade.”The separate consumer health business, comprising brands like Panadol and Sensodyne, will be demerged with “at least 80%” of the value being returned to shareholders, while GSK plans to temporarily hold 20% to be sold at a later stage.New GSK will cut its dividend to 45 pence per share in 2023, compared to the 80 pence offered by GSK this year, while the new consumer arm will offer 55p.