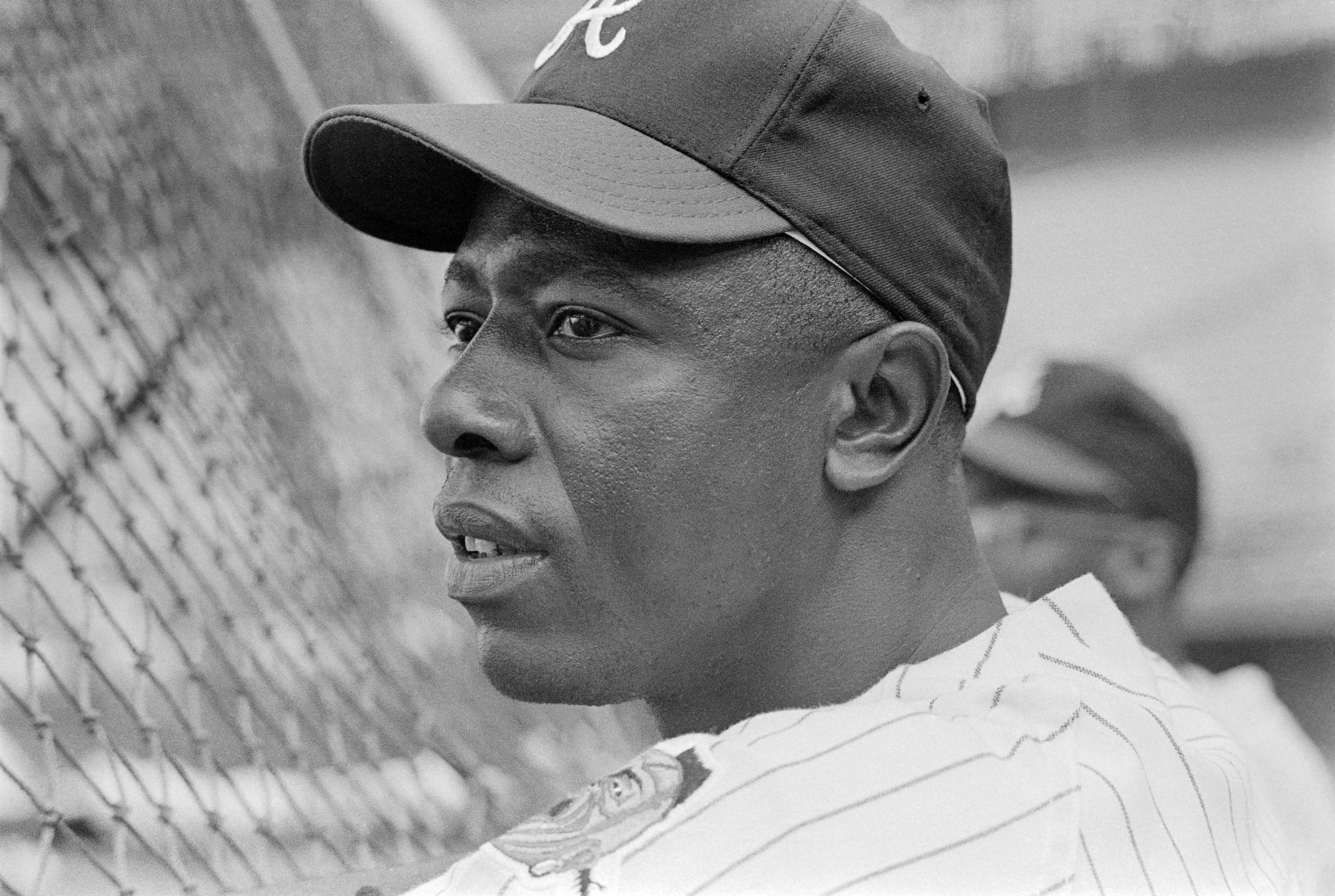 Hank Aaron, the right fielder for the Atlanta Braves, shown in this close up photograph, was named to the National League All Star team for the 16th straight year.Bettmann | Getty ImagesNational Baseball Hall of Famer Hank Aaron has died at age 86, a spokesperson confirmed Friday. Aaron was a pioneer and trailblazer to the sport. Nearly 50 years ago Aaron passed Babe Ruth in career home runs and now resides in the number two spot, behind Barry Bonds.In a time when 17.4% of Major League Baseball players were African American, according to the Society for American Baseball Research, Aaron managed to separate himself as an icon. Hall of famer Hank Aaron of the Atlanta Braves swings at the ball circa 1960Focus On Sport | Getty ImagesAaron began his baseball career with the Indianapolis Clowns of the Negro Baseball League after leaving his hometown of Mobile, Alabama with only two dollars in his hand.”My mother told me that was all she had to give me and be very careful with it,” said Aaron, in an interview with NBC News.This is breaking news. Please check back for updates.

Johnson & Johnson plans to have 100 million vaccines for Americans by spring, board member says
Former ambassador warns expiration of key nuclear treaty with Russia would make the U.S. ‘worse off’
To Top
error: Content is protected !!
Top