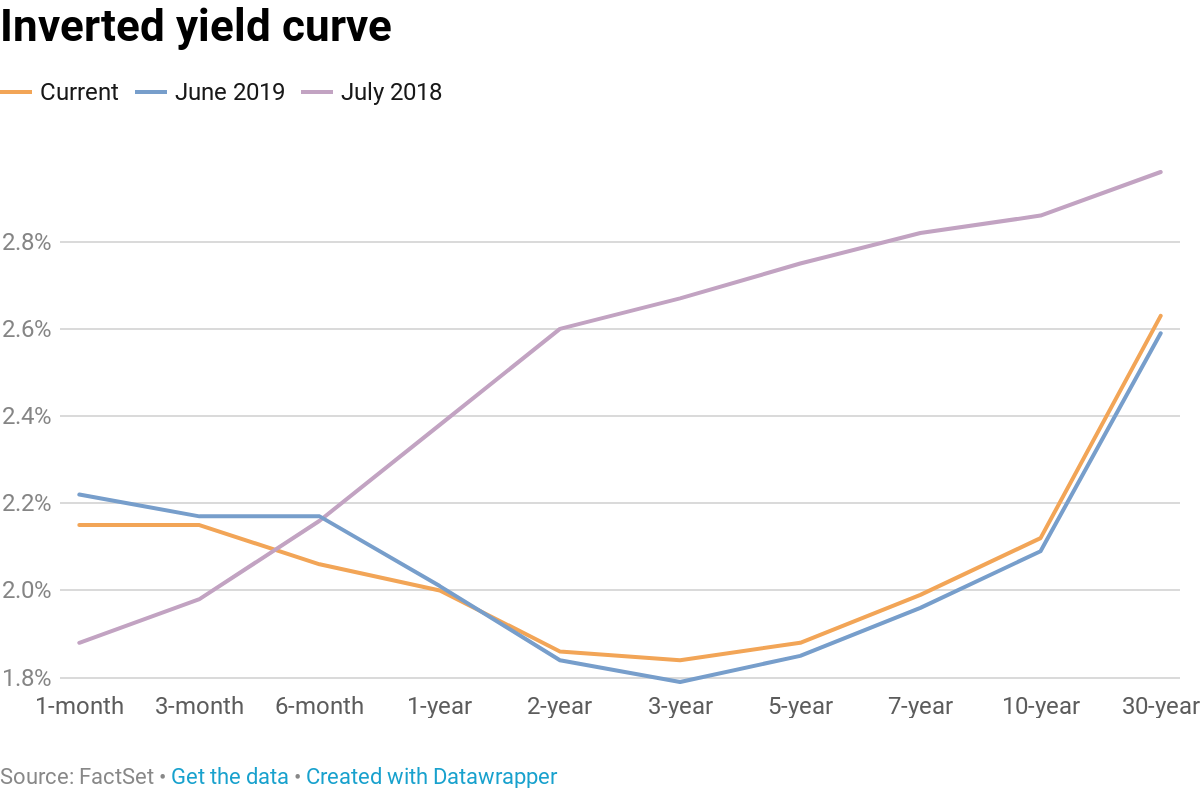 Kyle Bass at the 2015 WEF in Davos, Switzerland.

Hedge fund manager Kyle Bass told the Financial Times that he believes that U.S. interest rates will plummet toward zero in 2020 as the country’s economy heads for recession and the Federal Reserve slashes borrowing costs dramatically more than expected.

Bass said he’s wagering the economic deceleration takes a turn for the worse next year and falls into a recession by mid-2020.

“As we have all learned, once an economy falls into the tractor beam of zero rates, it’s almost impossible to escape them,” the hedge fund manager told the Financial Times. Bass made successful bets against subprime mortgages during the financial crisis in 2008.

Investors already anticipate the U.S. central bank will cut its overnight lending rate at its meeting later this month, a move some Fed officials may see as a one-time adjustment as it tries to buoy inflation back toward 2% and offset global growth headwinds.

Others suspect that a July rate cut will mark the start of a longer rate-cutting cycle as U.S. economic growth slows toward a sustainable pace below current GDP prints. The Fed’s target rate is currently set at a range of 2.25% to 2.50%. Traders are pricing in at least three cuts by the end of 2019, according to the CME Group’s FedWatch tool. But few are expecting the Fed to cut as deep as Bass believes will be necessary.

The founder and chief investment officer of Dallas-based Hayman Capital Management added that his concerns for the U.S. economy stemmed from the inverted yield curve, the plot of interest rates of bonds having equal credit quality but differing maturity dates. Under normal market conditions, those that buy debt from the U.S. government for years are compensated with better interest rates than those who loan money for a matter of months.

But that’s changed of late, with 3-month Treasury bills yielding more than 10-year Treasury notes. Such “inversions” have been reliable recession predictors over the years, preceding ever U.S. downturn in the post-World War II era.

And while the U.S. yield curve has started to steepen since Fed Chairman Jerome Powell hinted that a rate cut could be coming in July, Bass added that the central bank will eventually have to mimic the Bank of Japan and restart quantitative easing.

“In the long run the US is heading the same way,” he told the FT. “Growth numbers are going to come down and real growth might go to zero. We’re probably never going to go away from zero rates.”

Bass, a known China bear, told CNBC last month that the relative strength of the U.S. economy should allow President Donald Trump to press Beijing for a better trade deal in bilateral negotiations. Bass has in the past scolded American corporations for encouraging Trump to find a quick solution and settle with the Chinese.

“We have the most leverage that we’ve ever had right now, and I think that our financial system is more solid than it’s been in the last 10 years. And theirs is as weak as it’s ever been,” Bass said in June. “President Trump should hold the line here and get a deal done. If he is going to get a deal done, he should force something that’s both measurable and enforceable.”

— Click here for the original report in the Financial Times.