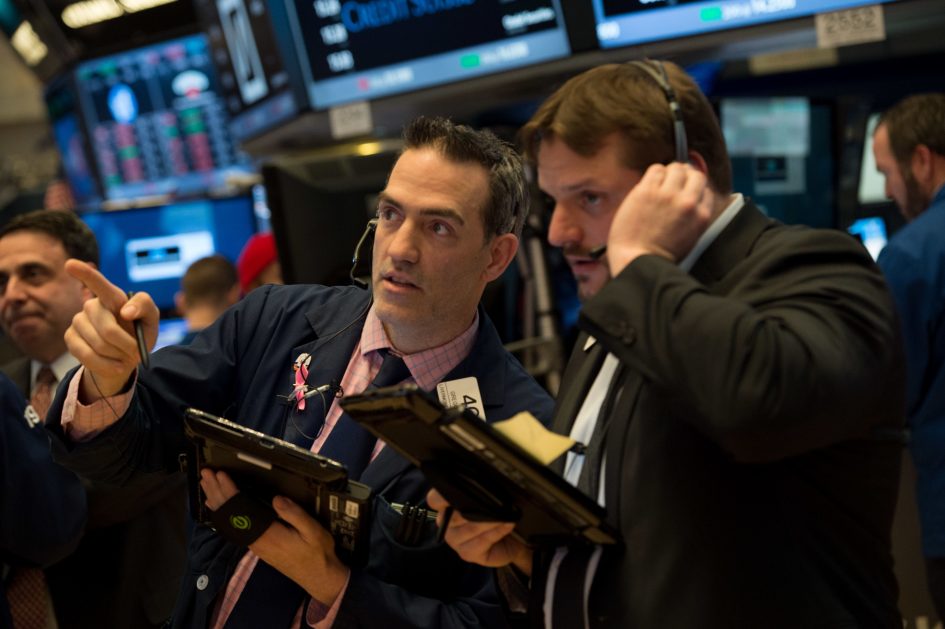 Traders work the floor of the Dow Jones at the closing bell of the New York Stock Exchange.

Home Depot — Shares of Home Depot rose more than 4% on Tuesday after the company reported higher earnings per share than analysts expected. The Atlanta-based retailer earned $3.17 in adjusted earnings per share in its latest quarter, topping the $3.08 estimated by Refinitiv. The company did miss revenue expectations for the quarter and lower sales guidance for the full year, citing trade concerns and weakening lumber prices.

Beyond Meat — Shares of the plant-based burger company jumped 8% after an analyst at J.P. Morgan upgraded them to overweight from neutral. The analyst said Beyond Meat has the potential to grow its customer base following its secondary stock offering.

Medtronic — Medtronic shares climbed more than 4% on the back of strong quarterly results. The medical devices maker posted a profit of $1.26 per share on revenue of $7.493 billion. Analysts polled by Refinitiv expected earnings per share of $1.18 on sales of $7.396 billion. Medtronic’s sales topped estimates across all of its divisions, including cardiac and vascular devices.

TJX Companies — TJX shares fell 1.4% after announcing weaker-than-forecast revenue for the second quarter. The company’s revenue totaled $9.782 billion for the quarter, below a Refinitiv estimate of $9.901 billion. Same-store sales, a key metric for retailers, rose 2% in the quarter, below a 3% estimate. The company reported weaker sales across all its segments except international.

Madison Square Garden — Shares of Madison Square Garden plunged more than 9% — headed for their worst day ever — after the sports and entertainment company missed analyst expectations on the top and bottom lines for its fiscal fourth quarter. The company reported losses of $3.08 per share on $263.6 million in revenue. Analysts expected a loss of $2.61 per share on $270.1 million in revenue, according to Refinitiv. The company’s losses widened compared to the same period last year, which it attributed in part to increased personnel costs and expenses related to a proposed spin-off of its sports business.

AbbVie — An analyst at Piper Jaffray upgraded AbbVie to overweigth from neutral, citing “immediate” earnings accretion and cost reductions that will come from the company’s acquisition of Allergan. AbbVie shares rose 0.8%.

HP Inc — HP Inc was downgraded to neutral from buy, highlighting headwinds to its commercial PC business after the Windows 10 refresh. The stock traded 1% lower.

—CNBC’s Jesse Pound and Elizabeth Myong contributed to this report.