Home Depot says suppliers are moving manufacturing out of China 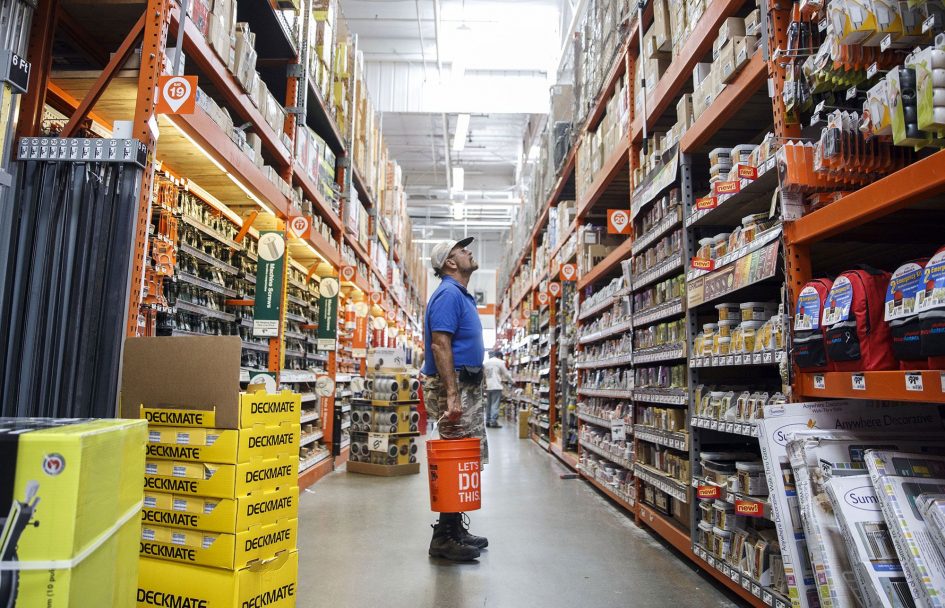 A customer browses products at a Home Depot Inc. store in Torrance, California.

Home Depot’s suppliers are trying to head off some of the increased costs from rising tariffs by moving at least some of their production out of China, executives told investors Tuesday.

“I’m not aware of a single supplier who was not moving some form of manufacturing outside of China,” said Ted Decker, executive vice president of merchandising. “So we have suppliers moving production to Taiwan, to Vietnam, to Thailand, Indonesia and even back into the United States.”

CEO Craig Menear said the tariffs on Chinese goods are projected to have a “cost impact” on U.S. sales of about 2%, or $2 billion. With suppliers moving at least some of their manufacturing outside of China, that reduces that impact by roughly one percentage point, executives said.

Zachary Feldman, an analyst at Wells Fargo, said the cost impact refers to what the company pays for the merchandise it sells. The company will have to price in a roughly 2% increase in cost of sales to account for the tariffs without the actions suppliers are taking to mitigate that damage.

Home Depot had also lowered its sales outlook for the year to be up about 2.3% and same-store sales to increase by about 4%. Previously it had called for total sales growth of 3.3% and same-store sales growth of 5%. Feldman said that the company mentioned the forecast was conservative because of uncertainty over how the tariffs will impact consumers.

Home Depot’s stock rose more than 4.5% Tuesday after the company reported better-than-expected profits, despite cutting its forecast for the year on lumber prices and potentially weaker consumer demand due to tariffs.

Decker also said the company can calculate precisely how tariffs will impact every product in its inventory.

“We have data of country of origin in potential tariff impact literally down to the SKU, so we know exactly what are on the various lists, when the tariff impacts will hit,” he said.

Retailers have been trying to avoid passing the costs of the tariffs down to consumers by diversifying their supply chains to countries outside of China. J.P. Morgan estimated the tariffs that take effect Sept. 1 will cost the average American household about $1,000 a year.