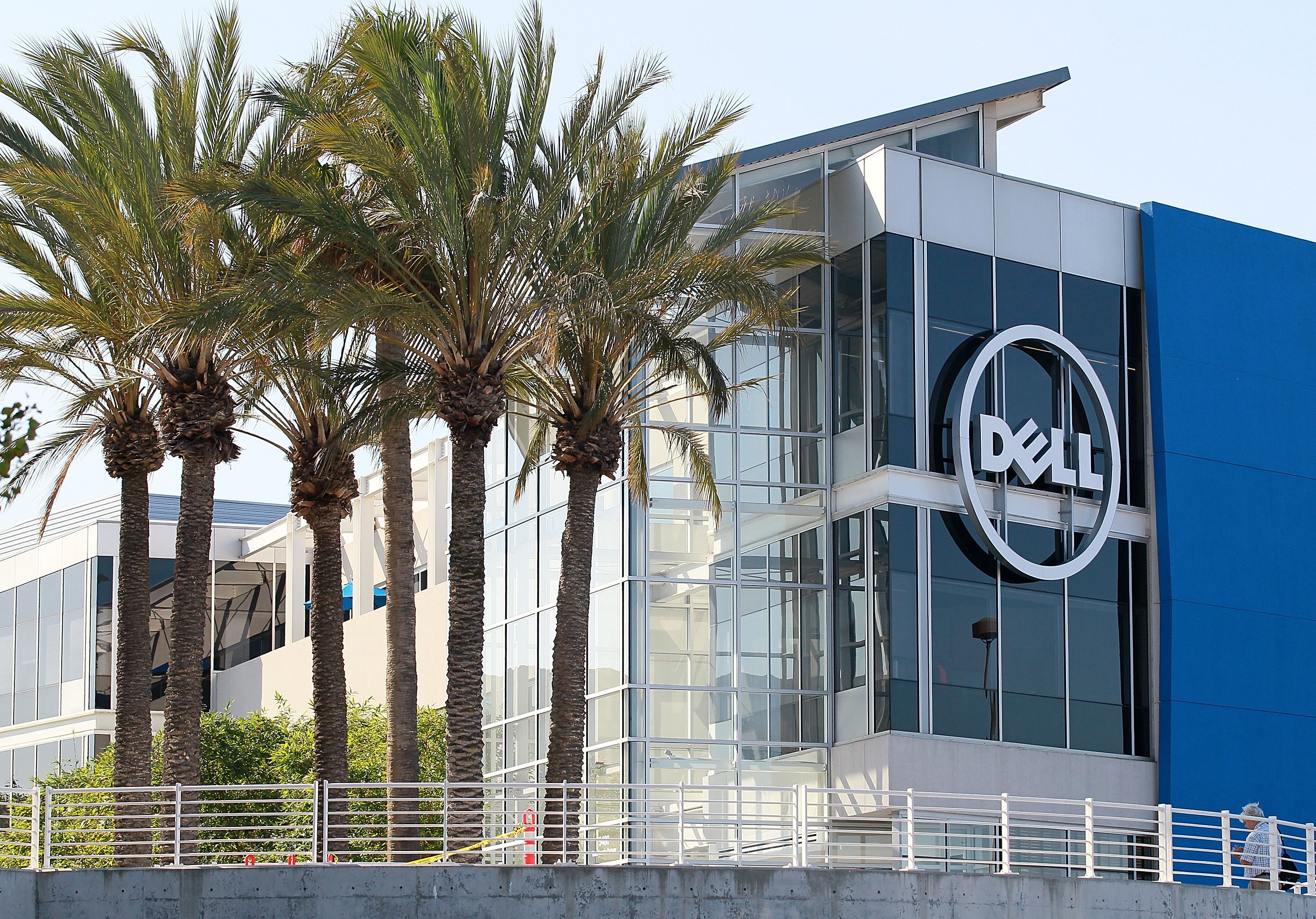 Mention the name Dell and a lot of people will automatically think personal computer. But since it’s founding in a University of Texas dorm room 35 years ago, Dell Technologies (as the name suggests) has expanded far beyond the PC market.

Dell Technologies now has a stake in storage, servers, data protection and networking along with its hardware products like monitors, printers and, of course, PCs.

Dell originally went public in 1988 under the name “Dell Computer Corp.” at $8.50 a share and a market capitalization of $85 million. The company had early success. At just 27 years old, Michael Dell was named the youngest CEO on the Fortune 500 list in 1992. By 2001, Dell had overtaken Compaq as the world’s largest PC maker.

A man and woman assemble Dell computers on an assembly line in Austin, Texas. (Photo by © Greg Smith/CORBIS/Corbis via Getty Images)

But by 2013, Dell was facing a tough road. Demand for PCs was stalling thanks to the rise in popularity of tablets and smartphones. That same year, Michael Dell announced he was taking the company private.

“I think Dell went private in 2013 in part because they were struggling. And they were struggling to be more than a PC company,” said Steven Milunovich, managing director at Wolfe Research. “They recognized that scale was going to be increasingly important. And Dell was doing very well in personal computers, but the market was declining. The server market was very competitive and they were doing relatively well there against HP and Lenovo. But I think they felt they didn’t have the breadth and scale to compete longer term.”

In 2015, Dell announced it would buy data storage company EMC, a deal that still stands as the largest technology acquisition of all time. In 2018, Dell returned to the public markets as Dell Technologies.

Watch the video above to see how Dell changed with the times to keep up with emerging consumer and business demands.