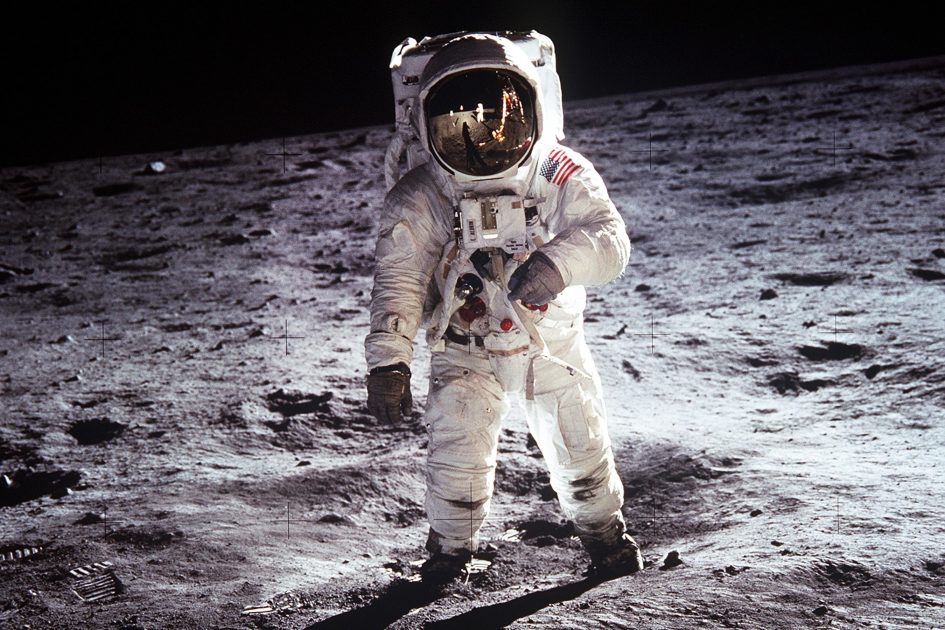 Buzz Aldrin on the Moon

Sam Glassenberg set his sights on being a video game maker as a kid, and never looked back. But when the founder and CEO of Level Ex landed his dream video job 20 years ago, his family wasn’t terribly impressed.

“I started out at Lucas Arts making Star Wars games, (then) spent many years at Microsoft,” Glassenberg said. “And this entire time it sort of made me the disgrace of the family because I’m the first one that never went to medical school.”

Going into medicine was the last thing he wanted to do until his father, an anesthesiologist in Chicago, asked him to produce a training video of a procedure so he could share it with colleagues. Glassenberg created an app to make it easier to distribute. About a year later, he discovered that 100,000 doctors had downloaded it.

That led to the launch of Level Ex five years ago. The Chicago-based video game company produces educational games to train doctors on procedures such as intubating a patient and removing cancerous polyps.

“They’re related to hand-eye coordination and how you maneuver in a patient scenario, or in a surgical scenario,” Glassenberg said.

“Digitally savvy clinicians [want] educational opportunities that enable a virtual hands-on experience,” said Jason Vollen, Baxter’s director of marketing. “We are pleased with the user participation on this platform.”

While doctors usually have access to simulators to work with the new devices, the real “gamer changer” with Level Ex is the ability to practice new techniques and even earn education credits, anytime, right on their phones.

“The ability to use new devices in a virtual environment [and] be allowed to push the boundaries of a new device … is not only really exciting, but I think it’s the future of interventional cardiology,” said Dr. Atman Shah, a cardiologist with the University of Chicago Medical Center and an advisor to Level Ex.

From videos to astronauts

Level Ex medical video games are now poised to pave the way for the future of health care in far away environments like the moon and Mars. This month, NASA tapped the 5-year-old start-up to help train astronauts to handle medical issues in outer space.

“On the way to Mars it’s likely there’ll be a physician on board but Murphy’s Law says it’s going to be the doctor who gets sick,” said Dorit Donoviel, director of the Translational Research Institute for Space Health.

The institute is led by researchers at the Baylor College of Medicine’s Center for Space Medicine, in partnership with Caltech and MIT. The group works with NASA to develop health programs for astronauts.

The commute to Mars

For all space missions, astronauts undergo the equivalent of emergency medical training. But a future trip to Mars will be longer than any exploratory mission yet. It will take 900 days just to get to the red planet, and officials want the crew to have the opportunity for more specialized training.

One of the things that Donoviel and her colleagues found compelling about the Level Ex platform, beyond its realistic graphics, was the strength of its gaming engagement.

“Rather than making this a really boring type of practice for these nonexpert users — for our astronauts — it’s going be fun!” Donovial said.

Over the next year, the institute will work with Level Ex to develop instructional games that can reproduce the effects of zero gravity, radiation and different gasses that impact the body in space.

The irony is not lost on Glassenberg.

“Twenty years ago when I was making Star Wars games, … I never would have thought that a few decades later we’d be using video game tech to help astronauts train for real space missions,” he said. “This is one of the most exciting projects I’ve ever worked on in my life!”

It’s all the more sweet, now that he’s no longer the black sheep in a family full of physicians.