How to recession-proof your business 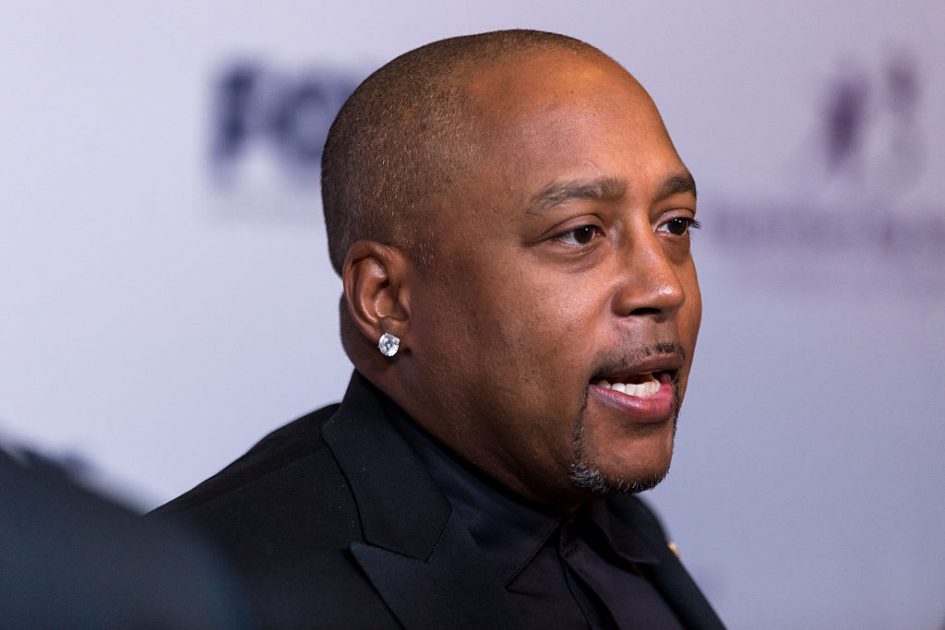 Daymond JohnPhoto by Greg DohertyAs the U.S.-China trade war continues to evolve, many small business owners are growing increasingly unsettled by a fickle economy and fearful of what some believe is a looming recession.A recent CNBC|SurveyMonkey Small Business Survey found that confidence among small business owners has dropped to its lowest level in two years — with one-third of participants reporting that President Donald Trump’s trade policy will have a negative effect on their business.Whether or not the trade war escalates, most financial experts agree that the U.S. is due for a recession and will likely experience some degree of slowdown in the coming months. But FUBU founder and “Shark Tank” star Daymond John believes an economic downturn doesn’t have to result in the collapse of small business.”Recessions are a natural part of the business cycle,” says John. “It’s not a question of if we will see a market slump, but when it will occur — so it’s crucial that owners and operators have a plan in place.”In his decades-long career as an entrepreneur, investor and advisor, John has weathered many periods of market turbulence and has developed three core strategies to help small business owners survive — and even thrive — during a recession.1. Get creative with where and how you operateAs a general rule, it’s widely recommended that small businesses have enough cash on hand to cover at least three to six months of operating expenses, but that’s not always the case for much of Main Street.A 2019 Intuit QuickBooks report found that more than half of small businesses struggle with cash flow and have lost, on average, roughly $43,000 as a result of foregoing opportunities due to “issues created by insufficient cash flow.”Access to liquid capital is especially vital during times of economic turmoil, when consumers and lenders are typically more cautious, and John believes it’s imperative that companies assess their spending with discipline and humility.”I know from experience that once a business reaches a certain level of success, it can begin to throw money at every problem that comes its way,” says John. “When the economy slows and sales start to decline, it forces leadership to get honest about their cash flow and find creative ways to offset high costs.”For companies without a brick-and-mortar storefront, John recommends foregoing a pricey lease and, as an alternative, joining a co-working space or adopting a more flexible work-from-home policy for employees.”During lean times, you have to get laser focused on what’s driving the bottom line and what’s a luxury,” says John. “Many businesses spend a fortune on office space without even considering the other options.”The fashion mogul is certainly no stranger to co-working. In 2017 John launched blueprint + co. — a 20,000-sq.-ft. flexible workspace in New York City’s Garment District that has attracted a wide array of entrepreneurs.While co-working was once seen as a passing trend, growth within the sector tells a different story. The number of co-working spaces in the U.S. grew 16% in 2018 and is estimated to continue climbing at an annual rate of 6% over the next three years, making it a tangible solution for many organizations of every size.2. Use community and collaboration as currencyIn the early days of FUBU, capital was sparse and competition abundant. Lacking the resources to compete with major brands, John and his team had to develop other forms of currency to stay afloat — a challenge that resulted in a steadfast commitment to collaboration.”We didn’t have money to spend on big advertising campaigns,” says John. “If we were going to succeed, I knew we’d have to build our reputation by tapping into our community and developing partnerships in unconventional ways.”After building buzz in his local neighborhood of Hollis, Queens, John began targeting other Queens-based artists, primarily rappers, who had established an audience and shared his passions for hip-hop and fashion.Most notably, John earned the attention of LL Cool J, who agreed to be photographed in a FUBU hat and eventually wore it on a 30-second commercial for the Gap — a game-changing moment for the brand that would have otherwise been unattainable.”Building mutually beneficial relationships has been an essential part of my life as an entrepreneur and investor,” says John. “Whether you’re cross-promoting, trading services or just sharing best practices, tapping into your network to create win-win opportunities is a powerful and inexpensive way to gain major traction, especially in difficult economic times.”3. Invest in new talentCertain industries are more susceptible to the perils of a recession. Construction and manufacturing, for example, felt a tremendous strain during the Great Recession, resulting in the loss of millions of jobs.Conversely, other industries flourish during periods of economic decline and experience growth that may have previously been unattainable. It’s these companies, John believes, that should consider investing in new talent.”With so many businesses cutting back during a recession, you may have access to new pipelines of talent,” says John. “When employment is down, high-growth small businesses could be attractive to candidates who may have otherwise been lured away by larger companies with bigger hiring budgets.”Even for a prosperous company whose budget doesn’t allow for additional long-term employees, John suggests tapping into the sizable pool of freelancers and independent contractors looking for short-term, project-based work.A 2017 study commissioned by the Freelancers Union and Upwork found that 50.9% of the U.S. population will be freelancing by 2027 — an estimate that some experts believe is conservative.”Personally, I prefer working with a small crew of incredibly dedicated, talented employees,” says John. “But I’m always looking for reliable consultants who are eager to collaborate. It takes courage to go out on your own, and a recession may provide the inspiration your future partner needs to take the plunge.”