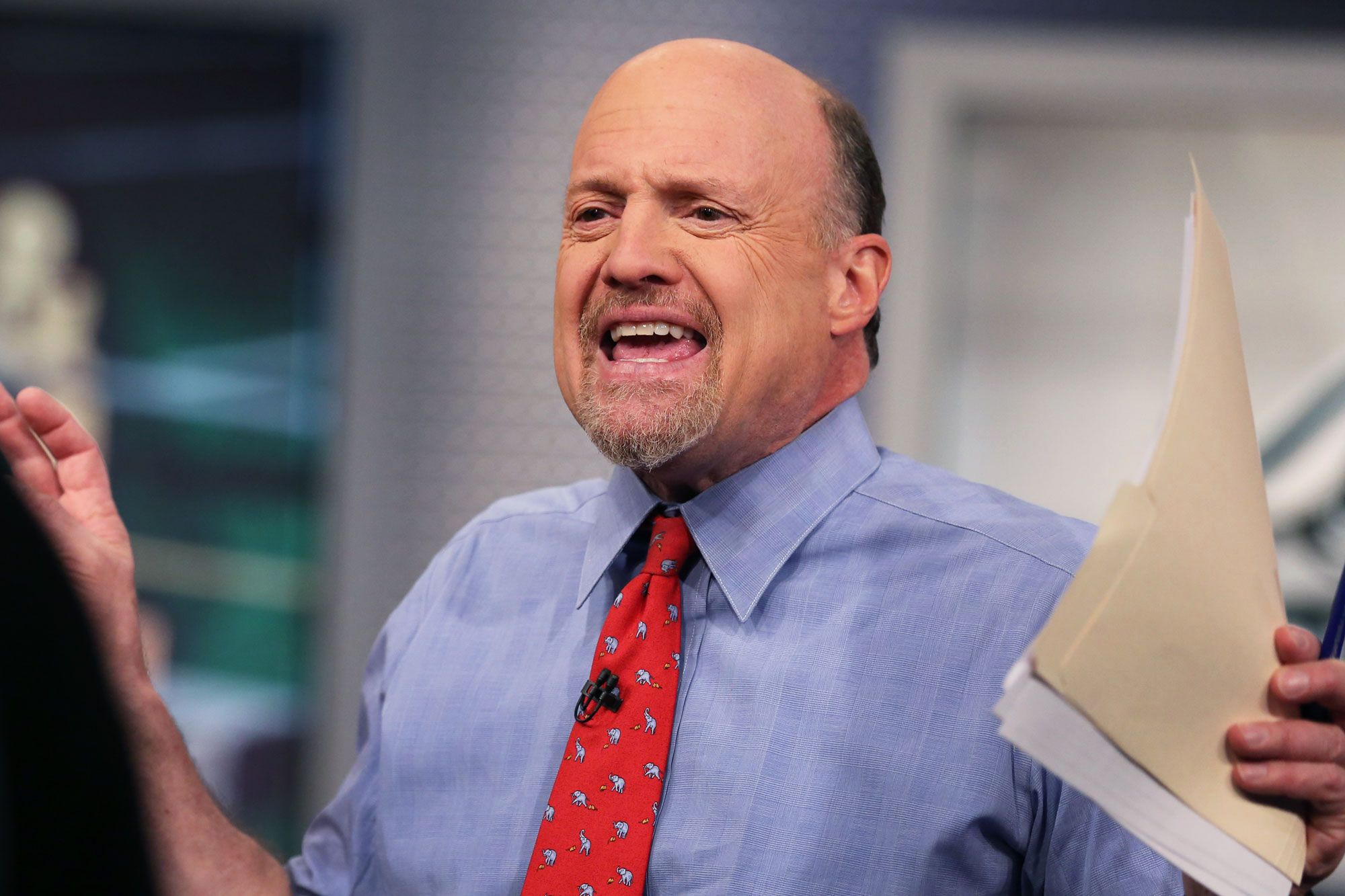 CNBC’s Jim Cramer on Friday told a “Mad Money” caller that he is staying away from stocks of companies that are highly leveraged to the mall.

“That was a miserable conference call and a not-great last quarter,” the host said. “I did find myself confused and I have to tell you: I do prefer Nike to Foot Locker.”

Foot Locker’s share price is down nearly 20% year to date.

U.S. President Donald Trump listens during a working lunch with governors on workforce freedom and mobility in the Cabinet Room of the White House in Washington, D.C., U.S., on Thursday, June 13, 2019.

Wall Street is still in wait-and-see mode as investors yearn for progress in trade talks with China and learn how tensions impact businesses, Cramer said.

Shares of Broadcom tanked nearly $16 after the semiconductor giant said the trade war could dent operations by billions of dollars. The market, however, didn’t seem to flinch, with the major indexes slipping 0.52% or less during the session.

“The most important thing to watch next week is Twitter — we’re watching for a president who slags China regularly,” the host said. “While I think he’s got a point, the stock market hates it, so be prepared to use any trade war-inspired weakness as a buying opportunity.”

RH CEO Gary Friedman on Friday explained why it’s critical that companies don’t overreact to “short-term noise” and focus on the “long-term narrative.”

Confronted by tariffs on Chinese imports, the former Restoration Hardware high-end furnishing retailer mitigated impacts of the trade war and delivered a beat-and-raise quarter in its Wednesday earnings report. The company’s strategy was to produce the right goods at the right quality at the right value, Friedman said.

“Being overly reactive and moving sourcing around in product categories like ours can present massively more risk,” he told Cramer.

Chewy is dominating the growing online pet store space, and investors should buy the newly public company on a pullback, Cramer said.

Shares of the pet supplies retailer finished its first day on the public market about $1 short of its $36 opening trade. The stock gained nearly 60% from its $22 IPO price.

“Even after today’s magnificent run, Chewy isn’t all that expensive. The company’s got a great growth story and they have legions of loyal customers,” Cramer said.

Get to know the IPO here

Centene CEO Michael Neidorff appeared on “Mad Money” and talked with Cramer about some of the health care changes that the Trump administration has made. Unfortunately, many patients don’t understand some of the adjustments that have been made, he said.

“We’re using the market place to teach people how to use insurance,” he said. “We’re teaching them how to fish, instead of giving them a fish.”

Cramer’s lightning round: Resmed had a hiccup. That was a chance to buy

In Cramer’s lighting round, the “Mad Money” host sprinted through his responses to callers’ stock questions.

ResMed: “I believe in [CEO] Mick Farrell. I know the stock had a hiccup, that was a buying opportunity. This is a good situation.”

China tariffs are just ‘short-term noise’
Resmed had a hiccup. That was a chance to buy
To Top
error: Content is protected !!
Top