If the Fed cuts rates, this is a must-own stock 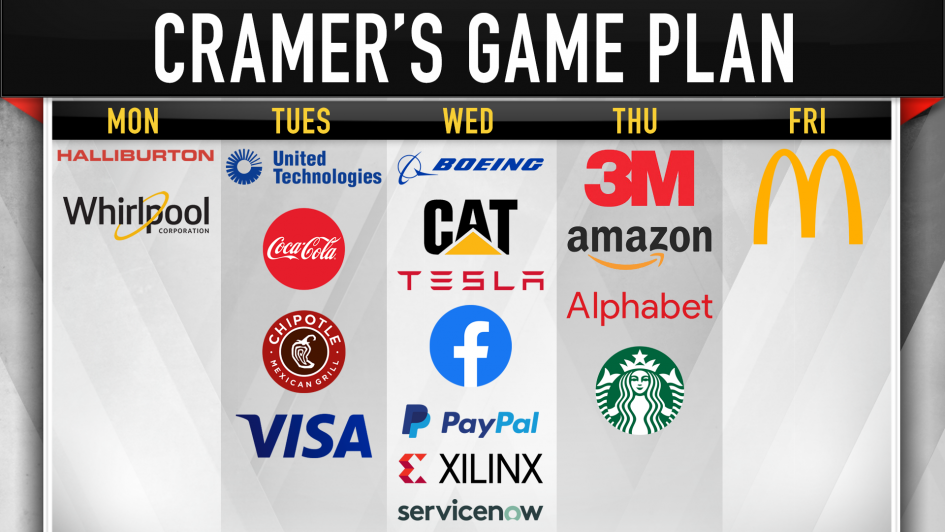 CNBC’s Jim Cramer said Friday that the steel cycle is making a turn and Nucor will be the best way to play the market.

In recent weeks, the big steelmaker twice increased the price of flat-rolled steel that summed up to $80 per ton, and that’s how the turn in the group tends to start, the “Mad Money” host said.

“That’s the up-cycle. I’ve been waiting for it and it should allow gigantic steel producers like Nucor, the largest in America, to make an enormous amount of money when it goes right, surprising both the analysts and the market,” he said.

Service centers, he explained, found they had a glut of steel supply when the economy began to slow in late 2018. Companies responded to President Donald Trump’s move to slap tariffs on Chinese imports, and stem the flow of cheap steel into the country from China, by building up inventory. Too much supply later in the year caused steel prices to fall, Cramer said.

However, the inventory has been worked off over the past six months, and it’s evident in Nucor’s price hikes on basic steel, he continued. Nucor is also building more plants to prepare for higher grade steels, he added.

An interest rate cut from the Federal Reserve, which many Wall Street investors are anticipating, will be a big boost in the economy, the host said.

“That’s why Nucor’s a buy here, and if we get a couple of rate cuts, it will be a must-own stock,” Cramer said. “Nucor’s got better risk-reward, making it the best way to play the new, Fed-induced, presidential-endorsed steel cycle that I think is beginning right now.”

Wall Street is preparing for a big week of earnings that will offer a better read of the apparent economic slowdown, Cramer said.

During Friday’s session, the Dow Jones Industrial Average slid nearly 69 points. The S&P 500 and Nasdaq Composite also slipped 0.62% and 0.74%, respectively, as the market digested a full week of the latest quarterly results. The two latter indexes posted their worst weeks since May.

“You need to understand that we’re about to embark on the busiest week of the year for industrial earnings,” the “Mad Money” host said. “We’ll be flooded with new information, and if you can’t handle it or handle all the noise … this might be the perfect week to take your summer vacation.”

See what Cramer’s expects in earnings next week here

GrubHub is too tough to own, even if the online food delivery company delivers a surprisingly good quarterly report in the coming weeks, Cramer said.

Amazon, the notorious industry disruptor, in June shut down its 4-year-old Amazon Restaurants project that delivered plates to Prime members in 20 U.S. cities.

“The bottom line is that Amazon’s getting out of the food delivery space — that doesn’t change anything, ” the host said. “GrubHub’s still facing relentless competition. I think it’s way too risky to own here.”

Cramer’s lightning round: The autos aren’t so hot, but Ally is fine

In Cramer’s lightning round, the “Mad Money” host zips through his thoughts about callers’ stock picks.

Workiva: “There are now so many cloud-based mobile companies that I have to take a breather and do work on this.”

Tegna: “I don’t really want to get bigger in the entertainment business, TV business, at this very moment.”

Ally Financial: “This is a financial that’s doing quite well. It’s funny because the automotive market isn’t that hot, but they’re well-run, it’s doing well. I mean look, I’m more of a JP Morgan, Bank of America guy, but I’m not going to disagree. This one’s doing quite well. “