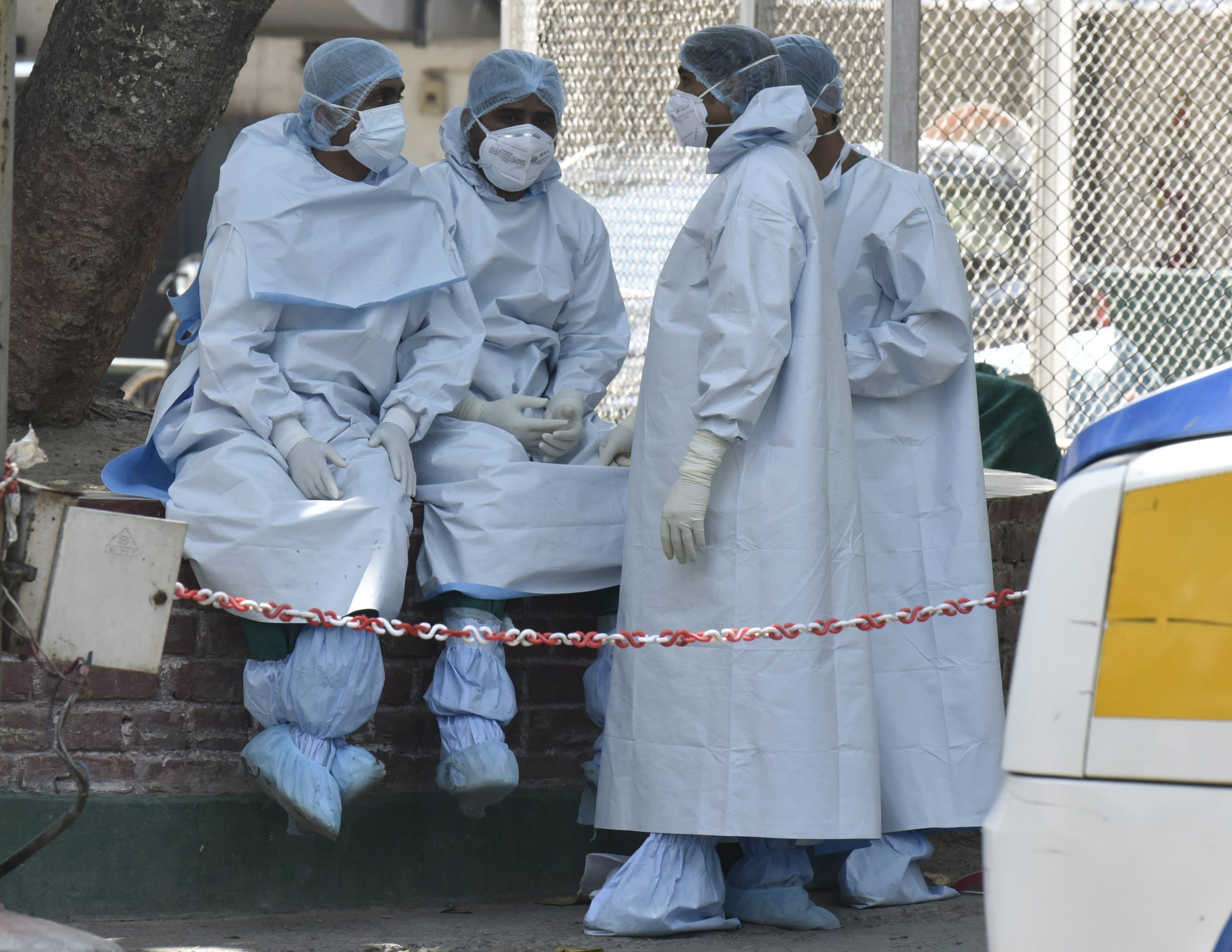 India needs a brief but extensive lockdown to break the chain of coronavirus transmission and allow the medical community to recuperate, according to the national president of the Indian Medical Association.The South Asian nation is going through a disastrous second wave of Covid infections. Cases began rising in February and in subsequent months, large crowds gathered for religious festivals and political rallies in various parts of the country, mostly without masks.There is also growing concerns about new strains of the virus that are potentially more contagious.On Friday, India reported 332,730 new cases of infections over a 24-hour period, according to government data. For the second day in a row, India reported the world’s highest single-day increase in infections.”Almost all our hospital beds are full. But I still believe the infrastructure facility is good enough to cater to the needs of the people,” J. A. Jayalal told CNBC’s “Capital Connection” on Friday. The Indian Medical Association is one of the largest professional organizations in the country representing doctors.Need an ‘extensive lockdown’While some states have stepped up social restrictions, including night curfews, others have moved into partial lockdowns.”But that’s not good enough,” said Jayalal. “We need to have extensive lockdown, at least for two weeks, and that will enable the hospitals and the doctor community to recoup and reemphasize and repower our hospital infrastructure to tackle the crisis.”During the first wave of infection, India imposed a nationwide lockdown between late-March and May. While it helped to eventually bring down the number of cases, the lockdown had a severe impact on India’s growth trajectory, leaving millions without income and jobs.We need intense war-footing activities by the government and the health care professionals at this momentJ. A. JayalalIndian Medical AssociationWith the economy still struggling to get back on track, experts have suggested that the government might be hesitant to impose another national lockdown.Jayalal said India’s health care system is “at the breaking point,” and if cases continue to rise rapidly over the next two weeks, then the consequences may be “disastrous.” So far, many cases are concentrated within ten states, including Maharashtra, the epicenter of the second wave, he explained.”We are now in the process of moving the resources to the needy areas, but that also will have only a limited effect. If the trend is continuing beyond this level, definitely we will be in a disastrous situation.”Over 4 million new cases in a monthSo far in April, cases have risen significantly — India has reported more than 4 million cases as of Friday and at least 24,452 people have died. Media reports suggest that the actual death toll could potentially be higher.The high number of infections have exacerbated the pressure on India’s medical infrastructure. Overwhelmed hospitals are turning away critically ill patients due to a shortage of beds. A severe oxygen supply shortage, partly due to uneven distribution across states, has led to the deaths of many Covid-19 patients. The government has since diverted industrial oxygen supplies for medical use.Medical workers in personal cover protective equipment (PPE) stand alert mode outside the Covid-19 ward at Sir Ganga Ram Hospital on April 22, 2021 in New Delhi, India.Sonu Mehta | Hindustan Times | Getty ImagesJayalal said India needs more medical manpower as frontline doctors are “almost stretched out” and psychologically drained. He explained that medical professionals have asked the government to expedite processes that would allow junior doctors and medical students to get involved in treating Covid patients.”We need intense war-footing activities by the government and the health care professionals at this moment,” he added.India’s vaccination drive — one of the largest in the world — is also facing supply challenges. The country has administered more than 135 million doses and recently, the government approved grants for local vaccine makers to ramp up production capacity.