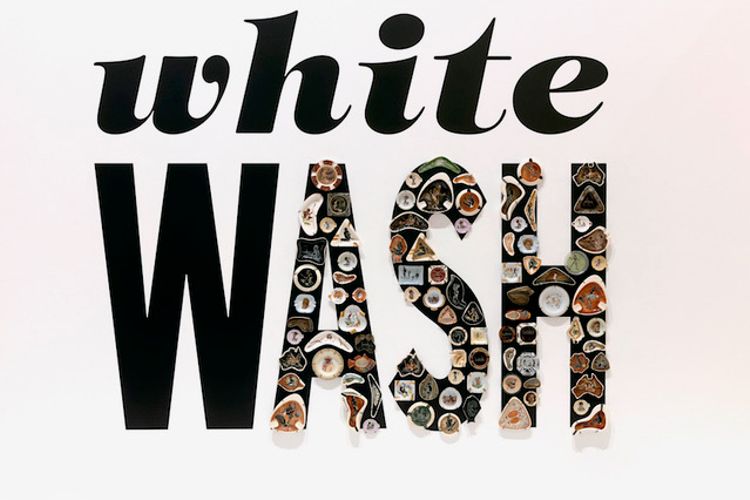 
The Sydney Biennale next year promises to be a radical departure from previous iterations of the event, with the artistic director Brook Andrew inviting many indigenous and First Nation artists from all over the world to exhibit at six venues, including Cockatoo Island.

On 9 April, Andrew, a respected Wiradjuri artist and scholar from Sydney, announced a list of 33 artists who will create works for Nirin, his biennial title drawn from a Wiradjuri word meaning “edge”. Andrew says Nirin “also means the cutting edge, which can also be the psychological edge.”

“I wouldn’t say that the artists fit into these themes, but there are certain things I’m very mindful of like healing and working together,” Andrew says.

“I think it’s important that people are empowered through Aboriginal knowledges. But I think there is a dominance of a particular kind of narrative in the world, which is often Northern American (or) European.”


Asked whether most of the artists so far selected for the biennial were First Nation, Andrew said: “I don’t know. I don’t really do a check”. (The next group of artists will be announced in September.) “I just think it’s about artists and practitioners who empower and imbue this kind of thought. It’s like saying, ‘oh, ok, they’re all European artists in the Biennale. I think it’s a different kind of question.”

He says that putting together a biennial such as this “is very much about shining a light on those places in the world that are often not in biennials, and it’s also close to my interests around challenging these kind of dominant narratives to reveal these very strong and often ancient histories and languages and cultures and ceremonies that are often not given the light.”

The Australian artists in the biennial include the Sydney photojournalist Barbara McGrady, the Australian indigenous artist Tony Albert, the Mulka Project of Yirrkala, which seeks to “sustain and protect Yolngu cultural knowledge in north eastern Arnhem Land under the leadership of community members”, and the custodians of the Blacktown Native Institution on Dharug land in suburban Sydney.

“The Blacktown Native Institution was literally the first site of removal of Aboriginal children,” Andrew says. “People don’t understand that. Imagine if your ancestors’ children were removed, the pain that you would feel in your body now.”

Incidentally, Andrew’s biennial will be held in the 250th anniversary year of Captain Cook’s first voyage to Australia. “It’s the Cook year and there’ll be a lot of dominant narratives around that kind of story which of course is very outdated and it needs to be rewritten and remapped,” Andrew says.

If indigenous Australians had used books to record history, as opposed to other methods such as storytelling, the European settlement of Australia would have been recorded as “a war”, Andrew says. “So I think the terminology and racism around primitivism has done a lot of damage,” he adds.

“In Australia we have that really painful culture of invisibility and forgetting, where people are wiped off the face of the planet because of the ignorance around history.”

About a dozen artists were at the National Art School, Sydney, for the biennial’s announcement, which included a traditional Aboriginal smoking ceremony. Artists included the African-American artist Arthur Jafa who said the fame brought by his 2016 video work Love Is The Message, The Message Is Death has enabled him to pursue other projects close to his heart.

Jafa’s Sydney Biennale work will not necessarily be video-based, but his prime interest in the biennial is Australia and Aboriginal culture in particular, he says.

Cape Town-based Lhola Amira said she has a “plural existence” where two spirits inhabit her body. Her plural existence is not uncommon among the Nguni people of Southern Africa, she says.

Amira plans to create a healing chamber in Sydney where people enter and call forth their ancestors—but they should be prepared for the ancestors of their “oppressors” to come through as well. Amira says: “In Brazil, we got all these Portuguese spirits just coming through”.