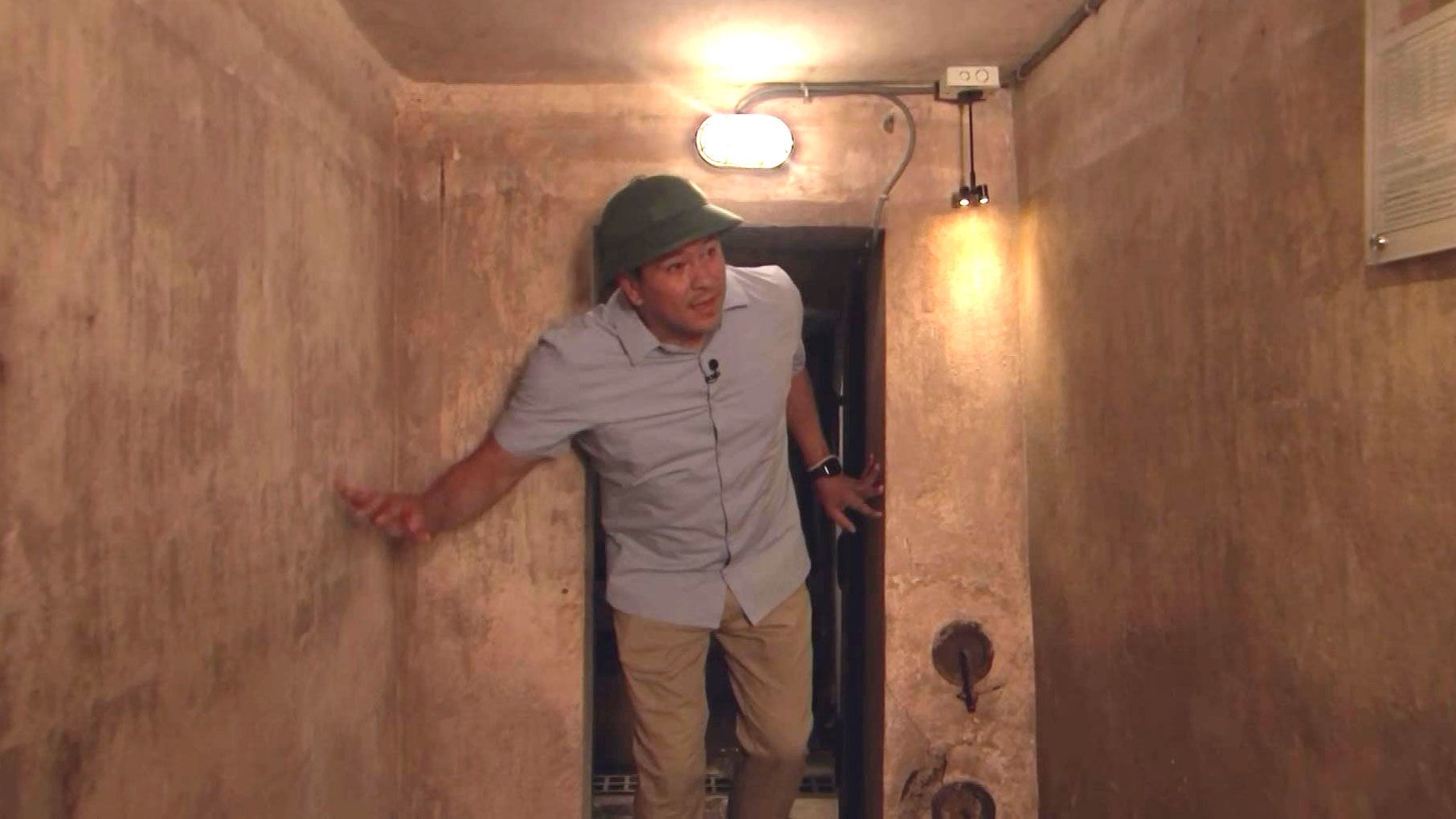 It was built more than a half century ago. But it remained hidden until only recently.

About eight years ago, employees of the Sofitel Legend Metropole Hanoi discovered a secret passageway in the city’s oldest hotel.

Under layers of concrete and sand, engineers renovating the hotel bar found a staircase leading to an underground bunker built in the 1960s to protect guests from American air strikes during the Vietnam War.

Nowadays, as CNBC’s Carl Quintanilla found out on a tour of the bomb shelter, the winding tunnels remain in tact, with much of the facility looking the same as it did over 50 years ago.

Among the low ceilings are lighting fixtures, electricity, and air ventilation shafts designed to provide enough air to last 40 guests about 30 minutes while waiting out bombings.

“This space serves as a memorial to their [the hotel workers’] courage and perseverance and to remember what should never be forgotten,” according to the hotel website.

The shelter was reopened in 2012. Hotel guests can take part in a guided tour.

“Imagine being in here, not knowing what you’re going to find when you went back upstairs,” said Quintanilla, while touring the bunker.

“But despite all of this, the Vietnamese continue to have a very warm view of the United States,” he said. “That’s one reason this trade relationship between the U.S. and Vietnam continues to be so important.”

Quintanilla, reporting Tuesday from Hanoi, looked at Vietnam’s manufacturing boom and whether it can be sustained as multinational companies are starting to question whether they should shift production out of China.

San Francisco bans e-cigarette sales, becoming the first city to do so
Cars.com survey finds some of the most American cars are Japanese
To Top
error: Content is protected !!
Top