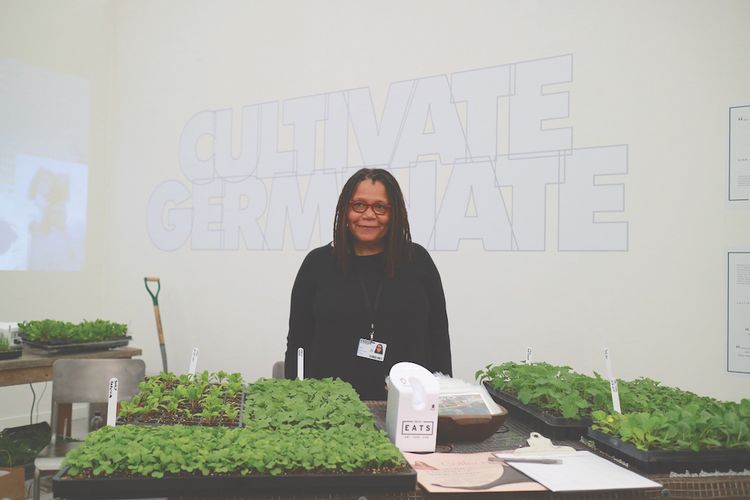 
Linda Goode Bryant is back at Frieze New York to finish what she started in 1974, when she opened her non-profit gallery Just Above Midtown (JAM) to serve as an early champion of the work of contemporary African American artists. Goode Bryant closed the gallery on 57th Street in 1986 when the art trade became too investment orientated and she still “hates the market”, but her influence can be seen in a tribute section at the fair, which features seven artists who showed at JAM, including Norman Lewis and Senga Nengudi.

“I didn’t succeed with what I wanted to do with JAM,” Goode Bryant says, drawing a comparison with the Civil Rights Movement, which, she says, twisted into “being about integration, not equal opportunities for black folk”. JAM was about “creating a space that supported the work of these artists. It was not to be recognised and succeed in this art world.”

On Tuesday, the Museum of Modern Art (MoMA) announced that in 2022 it will hold the first museum show devoted to JAM, called Just Above Midtown: 1974 to the Present, with Goode Bryant heavily involved. “The MoMA show is my second chance, and Frieze is a part of that,” she says. Her presence at Frieze New York also promotes Project Eats, the Brooklyn-based city farming charity that she now runs.

Franklin Sirmans, the section’s curator and the director of the Pérez Art Museum Miami, does not accept Goode Bryant’s claim that JAM failed. “Maintaining an intense 12-year run in this business as a young woman—who did not come from this world and did not have capital behind her—providing these artists with their only platform… it’s hard for me to think of that as anything other than a triumph,” he says. “The dedication of a room to JAM in [the 2016 exhibition] Soul of a Nation showed how impactful she was. She gave Lorna Simpson her first show in 1986. That’s huge.”

Simpson’s photographic collages, exhibited by Hauser & Wirth within the JAM section, sold out on the preview day, at $20,000 each. The surge in demand for Simpson’s work is reflective of the wider market vogue for the work of African American artists. Of this, Goode Bryant says: “I’m suspicious of it. I think it could conceivably be a bubble.”

What Goode Bryant wants, she says, is “for these artists to be considered on their own terms” and not for their work to be “just another influx to feed this insatiable market that keeps growing and growing. If it’s about that, fuck that.”

Watch out Frieze, here comes Tefaf with its mac and cheese
Alejandra Castro Rioseco on collecting the work of female artists
To Top
error: Content is protected !!
Top