James Cameron’s ‘Avatar’ sequels are a huge risk for Disney 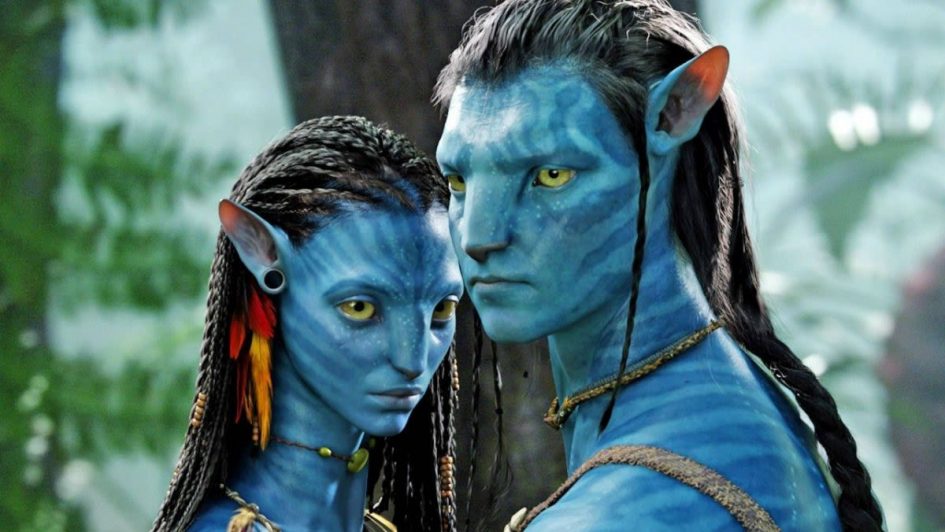 If you were to ask someone to name one of the main characters from the movie “Avatar,” odds are they wouldn’t be able to. That’s the risk Disney has undertaken in continuing James Cameron’s vision of four more “Avatar” films.

While “Avatar” made its way to the top of the box office in 2009, and held the title of highest-grossing film for a decade before being dethroned last weekend by “Avengers: Endgame,” the film itself never quite entered the zeitgeist of pop culture the same way that “Star Wars,” Marvel or even “Princess Bride” has.

While the film was praised for its masterful visuals and Cameron’s revolutionary work changed how films were made, it was rarely referenced after a few years, save for the occasional story about another filming nearing the “Avatar” box office record.

So, why would Disney revisit such a risky franchise?

Disney wasn’t the one to green light the four sequels to the 2009 hit. It was 20th Century Fox. For years, Cameron and the studio hinted at producing more “Avatar” films. However, delays plagued production and the potential release dates continued to be pushed. By 2017, the first sequel was slated for December 2020.

That date would change, again, after Disney purchased Fox in 2019.

Disney didn’t need the “Avatar” sequels, Jeff Bock, senior box office analyst at Exhibitor Relations, said. “But, James Cameron is one of those guys that you want in your stable.”

Cameron is an esteemed director whose films have made more than $6.14 billion at the global box office and who currently has two films in the top five highest grossing films of all time.

Part of what made “Avatar” so alluring to audiences was the technology that Cameron helped develop to film and animate the movie. The film was shot using the Fusion Camera System, a digital movie camera system created by Cameron and Vince Pace.

Previous systems used two cameras because filmmakers had determined that the human brain processed different information from different sides of the brain. So, one part of the brain would process the image’s movement, while the other would process what was happening in the image.

Cameron and Pace devised a camera that could capture images the same way that a human eyes does. The results are breathtaking — just look at the ticket sales. Some 80% of tickets sold for “Avatar” were for 3D showings, which tend to be more expensive than regular tickets, Shawn Robbins, chief analyst at Boxoffice.com, said.

Not to mention, the same motion capture technology that brought creatures like Gollum from “Lord of the Rings” to life, were also used to inform the movements and facial expression of actors playing the Na’vi.

“He is a meticulous perfectionist and it’s why people love his movies,” he said. “The one thing I’ve learned is to never doubt James Cameron.”

Cameron has long teased that the first “Avatar” sequel will involve a deep dive into the oceans of Pandora.

“He’s spent the last 10 years refining underwater videography,” Bock said. “What he’s going to do with underwater sequences in ‘Avatar 2’ is going to blow people’s minds … Just for curiosity purposes alone [this film] is going to do $1 billion.”

Not to mention, 3D movies and IMAX screenings have become exceptionally popular, especially internationally. And it shouldn’t be forgotten that “Avatar” made the bulk of its money outside of the U.S. — a whopping $2.03 billion of the $2.789 billion that it hauled in during its run.

China, in particular, is going to be a huge market for these films. The country is quickly becoming one of the biggest movie markets in the world, with many analysts suggesting that it could overtake the U.S. to become the top film market as early as this year. Last year, China hauled in $8.87 billion at its box office while the U.S. pulled in more than $11 billion.

It is also a huge market for American-made films. “Avengers: Endgame” made more than $614 million of its $2.7 billion haul from the country and “Fate of the Furious” made $392 million of its $1.2 billion run from China.

For comparison, “Avatar” earned around $204.1 million in China, a decade earlier.

There are a lot of risks Disney faces in bringing “Avatar” back to theaters.

While moviegoers were enamored with the visuals, there wasn’t an overwhelming emotional connection to the characters. It’s one of the reasons toy sales were so poor, Jim Silver, CEO of TTPM, an online toy review site, said.

There are three elements that a movie needs to have in order to be successful at retail, he said.

One: Audiences have to have an emotional attachment to the characters. Look at characters like Iron Man or Han Solo, which have huge collector followings. People will buy merchandise, whether it’s toys, T-shirts or coffee mugs, if they love the character.

Two: The character’s costume has to be able to be translated into a dress-up or roleplay item. Stormtrooper armor, Luke Skywalker’s lightsaber, Maui’s fish hook and Belle’s iconic yellow dress are all examples of items that translated from film and into toy or costume.

Three: You need a good villain. Think: Darth Vader, Thanos and the Joker.

“Avatar” didn’t have any of these elements, Silver said.

Toys from a line of “Avatar” action figures made by Mattel.

“When that movie came out, people were blown away by the look of the movie, but I think people connected on an emotional level to the visuals not the story,” Paul Dergarabedian, senior media analyst at Comscore, said.

Cameron has had 10 years to work on the story for “Avatar 2” and characters from the first film are set to return, so it’s possible that fans who weren’t as attached to Jake Sully and Neytiri might develop a better emotional connection in the next installment.

If that is the case, and if Cameron can provide a stronger villain than the G.I.J.O.E.-esq Colonel Miles Quaritch, Disney could create a successful toy line for the film.

To be sure, Disney has already been making “Avatar” merchandise for several years. “Pandora: The World of Avatar,” an expansion area at Disney’s Animal Kingdom in Orlando, Florida, opened in mid-2017.

Avatar producer James Cameron, third from left, joins Disney Chairman and Chief Executive Officer Bob Iger, third from right, and actors from the movie “Avatar,” including Zoe Saldana, fourth from left, and Sigourney Weaver, fifth from left, at the “Pandora – The World of Avatar” dedication on Wednesday morning, May 24, 2017 at Disney’s Animal Kingdom.

A successful film franchise could breathe new life into the park and boost attendance. Disney has recently found great success in movie-tied park lands like the “Toy Story Land” at its Hollywood Studios park in Orlando and its Star Wars: Galaxy’s Edge park in California. (A second Galaxy’s Edge is set to open in Orlando at the end of August.)

Cameron has said that he is directing the first two sequels, but there is a possibility that he could take a back seat for the second two installments. And this wouldn’t be uncommon for Cameron. Notably, he worked on the first two “Terminator” films and took a producing role for the other features in the franchise.

There are a lot of questions to be answered, but clarity won’t come soon. “Avatar 2” isn’t set to hit theaters until December 2021.

Disclosure: Comcast is the parent company of NBCUniversal and CNBC. “Fate of the Furious” is an Universal Studios production.