JC Penney is trying new things to stay afloat, but stock could be delisted 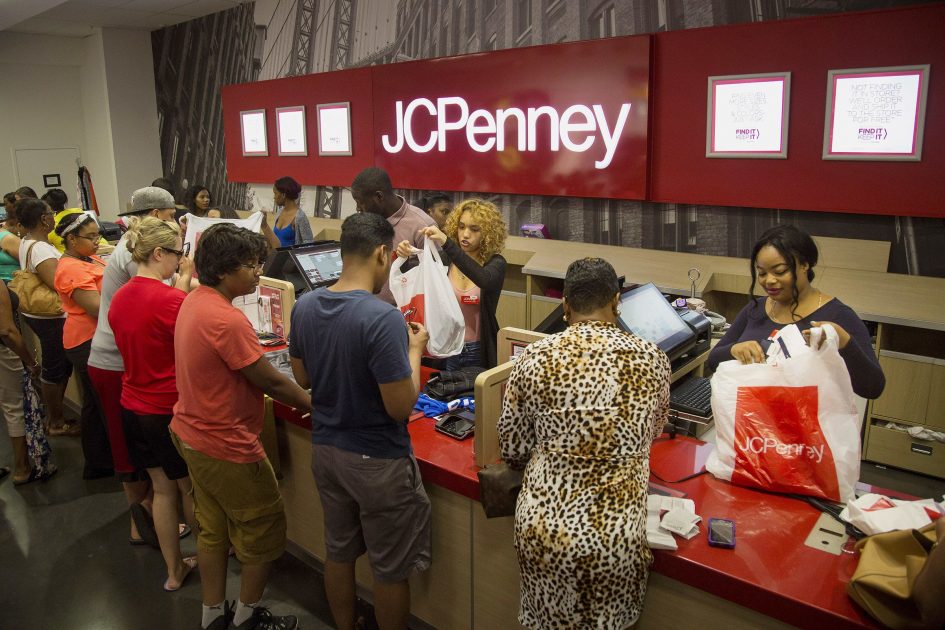 Employees assist customers at the checkout counter of a J.C. Penney store.

J.C. Penney CEO Jill Soltau is doing what she can to keep the 117-year-old department store chain afloat, even as the retailer’s shares trade below $1 and are at risk of being delisted from the New York Stock Exchange.

The stock fell below $1 on July 19 following a report that Penney had hired advisors to explore debt restructuring options and has been trading under a buck ever since. Penney responded to the report by saying it “routinely hire[s] external advisors to evaluate opportunities” and that it wasn’t preparing for an in-court restructuring or bankruptcy in doing so.

Still, questions abound about Penney’s fate: If Soltau and her team of merchandisers will be able to turn a sinking ship around, or if the department store chain no longer merits a role in an industry where consumers are increasingly turning to the internet and niche brands to buy apparel, home furnishings and make-up.

Penney has roughly $4 billion in debt coming due in the next few years, with more than $1.5 billion currently available under a revolving credit line, according to SEC filings. Analysts say that’s manageable, for now. But Penney faces a timelier hurdle: After 30 consecutive days with shares trading under $1, the NYSE will begin the delisting process, according to its website.

Meanwhile, a report on Friday from The Dallas Morning News highlights some of the things Soltau is doing to try to grow Plano, Texas-based Penney’s sales again. Revenue has fallen for the past three years. In the latest quarter, same-store sales dropped 5.5%.

Soltau, who was CEO at crafts retailer JoAnn Stores before joining Penney, has been refreshing stores around its home turf in Texas before it decides if these efforts will be enough to lift sales and merit a rollout across all shops, according to the report. It said Penney is staffing redesigned dressing rooms with stylists and adding seating areas at one store. At another Texas location, Penney is holding classes in its home department, teaching shoppers how to set a dining room table or how to choose the right window coverings, according to the report, but “some of the classes have been flops.”

In some ways, Penney’s somewhat dire push is similar to that of Sears.

Before filing for bankruptcy last October, Sears was testing smaller-format stores selling only mattresses and appliances. But that wasn’t enough to save Sears from heading to bankruptcy court. It later emerged but it still has the same task of growing sales, only now as a private business known as Transform Holdco.

The bigger issue for Penney is that its category within retail — department stores — is largely struggling. Macy’s, Nordstrom and Saks owner Hudson’s Bay are all losing clout in the industry with platforms like Rent the Runway, Stitch Fix and even Amazon gaining momentum in fashion. High-end chain Barney’s could file for bankruptcy as soon as next week, CNBC has reported.

Still, one of Penney’s landlords doesn’t think the retailer will be going away anytime soon.

“I think five years from now J.C. Penney will still be around,” Washington Prime Group’s head of anchor-box leasing, Dan Scott, said during an earnings conference call Thursday. WPG has 36 Penney stores in its portfolio, according to its earnings release. It owns the real estate for 19 of those.

Penney is set to report quarterly earnings next month, which will offer a better look if Soltau’s latest efforts are paying off ahead of the key holiday shopping season. Penney shares on Friday morning were trading around 83 cents, having fallen more than 65% over the past 12 months.

Read the full story from The Dallas Morning News here.