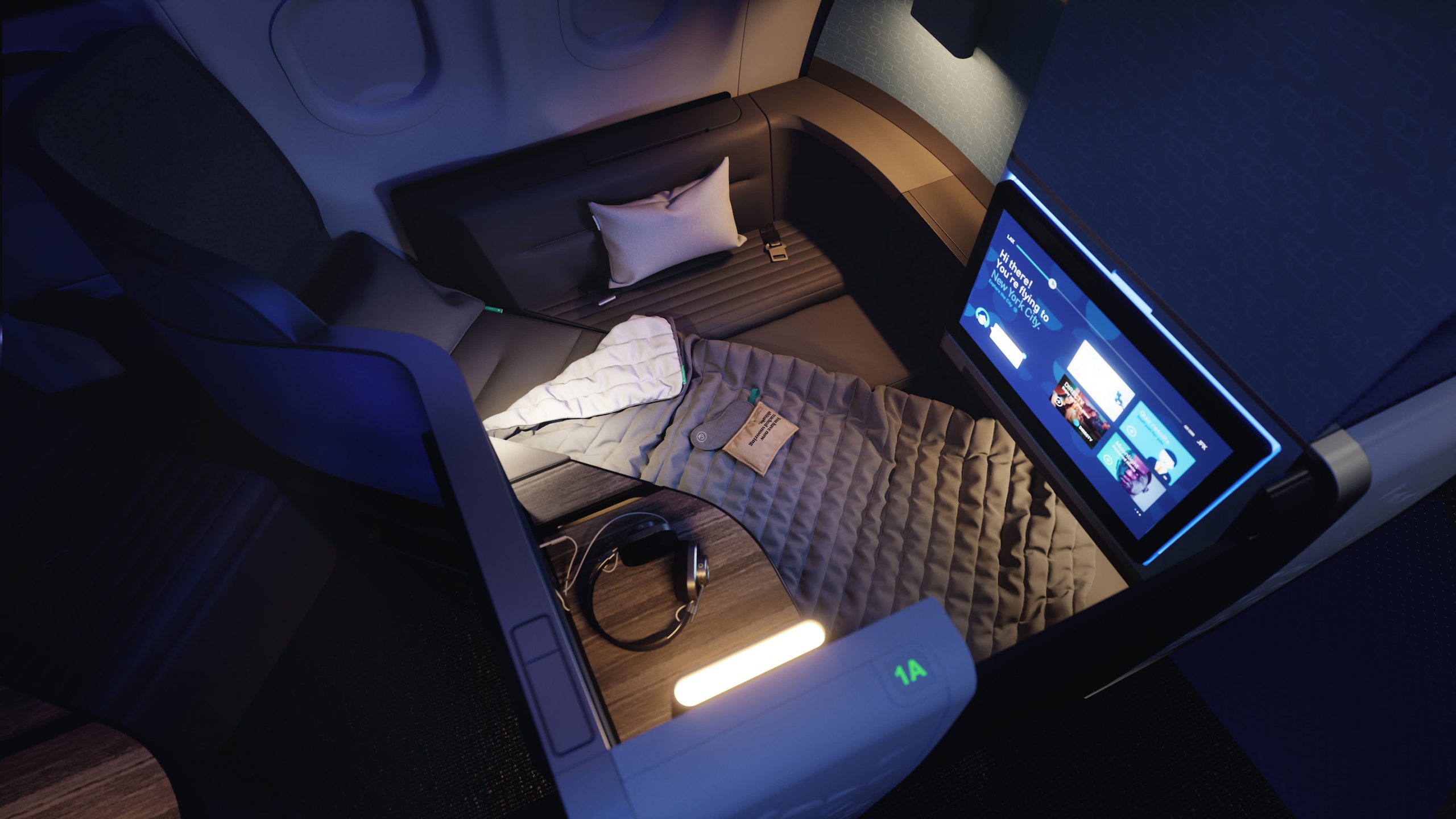 JetBlue new Mint suites for their Airbus A321LRs.Courtesy: JetBlueJetBlue Airways on Monday revealed the first major redesign of its Mint seats since the premium cabin’s 2014 debut, featuring private suites that it hopes will win over trans-Atlantic customers from rivals.The New York-based airline is planning to debut the new cabins on its first flights to London that it’s aiming to launch in the summer, using new Airbus A321LR planes.Uncertainty still clouds the market for once highly profitable trans-Atlantic travel that has been devastated by the coronavirus pandemic more than domestic flights. Travel restrictions, concerns over the spread of Covid-19 and a slow vaccine rollout are promising difficult months ahead for carriers, with business and international demand expected to take even longer to recover.JetBlue new Mint suites for their Airbus A321LRs.Courtesy: JetBlueThe new Mint suites have sliding doors and 1-1 configurations, meaning travelers won’t have a passenger right next to them. The planes will have 24 of the Mint suites. JetBlue will outfit the planes with two Mint “studios,” which feature an extra side table and a small second seat, a bid to appeal to business travelers. It also plans to outfit jets with 16 suites on some planes used for flights between New York and Los Angeles this year.JetBlue new Mint suites for their Airbus A321LRs.Courtesy: JetBlueAirlines have been outfitting premium cabins with sliding-door suites for the last few years, touting privacy as the new onboard luxury.JetBlue in April 2019 announced its planned to start flights to London from the East Coast using the long-range single-aisle planes.