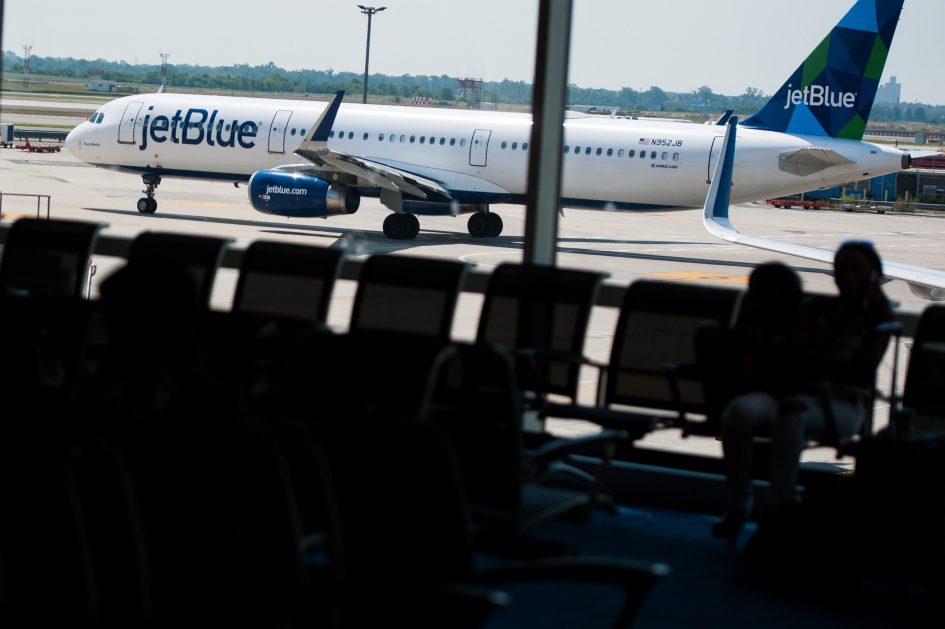 Shares of JetBlue were down more than 3% in premarket trading after the airline lowered its revenue forecast, citing weak demand for its flights to Puerto Rico and the impact of Hurricane Dorian.

The company said in a securities filing Wednesday that it expects growth of its revenue per available seat mile, a key measure in the airline industry, to be between -2% and 0% for the third quarter. JetBlue’s previous guidance was for growth between 0.5% and 3.5%.

The company also said it is experiencing weaker demand across its system. It reported just over $2 billion in total revenue for the third quarter last year.

Hurricane Dorian has forced airports to close and hundreds of flights to be canceled as it moves toward the United States. The storm has killed at least seven people.

The airline also warned in July that delayed shipments of new planes from Airbus would hamper growth this year.

Shares of the New York-based airline, which has a market cap of about $5 billion, are up nearly 7% so far this year.