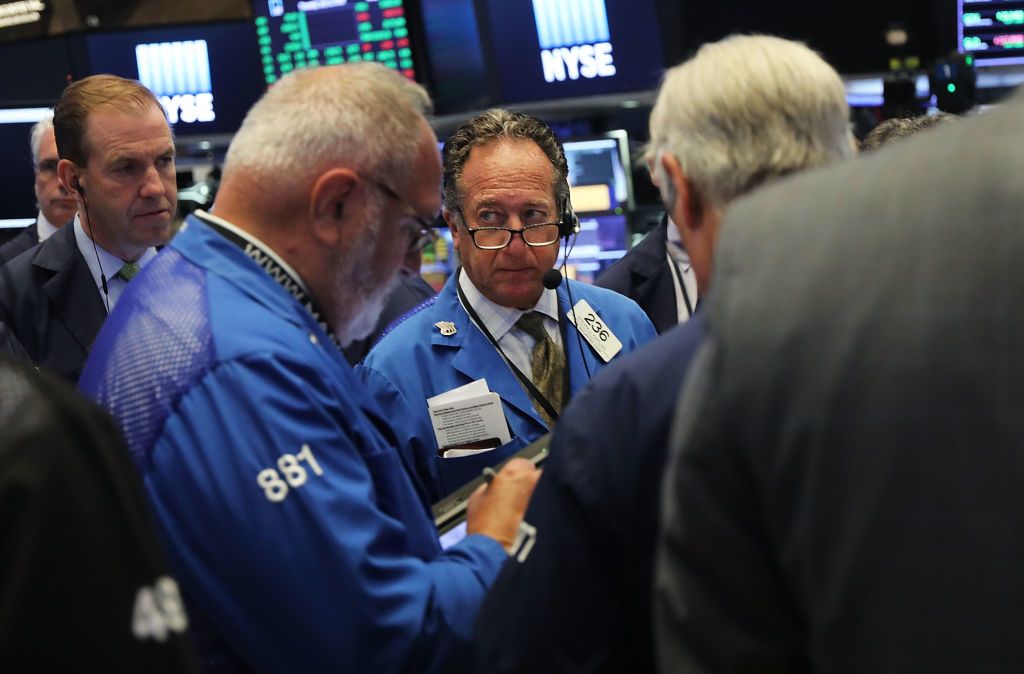 CNBC’s Jim Cramer on Thursday shared his checklist for picking stocks in a volatile market.

His key to investing is to think like the big institutional investors, whose buy and sell decisions as a collective influence stock prices and, in turn, the overall market. After a string of days in the red, the major U.S. indexes all rose Thursday.

Amid a flood of IPOs and a prolonged U.S.-China trade war, it’s getting more and more difficult to find stocks that are safe to buy, Cramer said.

“Money managers are desperate to avoid owning companies that could be facing estimate cuts, and this checklist is what protects them,” the “Mad Money” host said. “Be ready for any company that fails the checklist to join the house of pain here, and remember that it will probably get worse before it gets better. So please prepare accordingly.”

Cramer suggests the following guideline to gauge whether a security is worth adding to a portfolio at current levels:

1. How much exposure does the company have to China?

U.S. companies that source or sell goods in China — or both, such as Apple — will continue to see their margins recede following President Donald Trump’s action to levy 25% tariffs on $200 billion of imports earlier this month. Unless the company has moved operations out of China, it’s likely to eat additional costs, Cramer said.

Cisco Systems was smart to move operations outside of China, but Apple is caught in a unique pickle, Cramer said.

“Most companies that source from China didn’t really have that kind of foresight, which is why many of their earnings estimates need to come down,” Cramer said. “Even though Apple’s stock is very cheap, the earnings estimates may be too high in light of the tariffs and the possibility of a Chinese boycott. Apple does not get pass this checklist.”

2. Is the stock too levered to the U.S. consumer?

PVH, the parent of the Tommy Hilfiger and Calvin Klein fashion brands, is Cramer’s most reliable indicator of the domestic consumer. CEO Manny Chirico told the host Wednesday that the holding company cut its forecast in response to waning consumer confidence.

That should serve as a signal for the rest of the retail sector.

“We now know that when President Trump raised his tariffs earlier this month, it actually did have a bigger impact than a lot of people thought it would. It’s a punch in the kisser,” Cramer said. “There’s no denying that the tariffs have really now started to hurt us, there’s too much evidence … These consumer-reliant stocks will now be hammered, if they haven’t been hit already.”

3. Are profits related to the yield curve?

Businesses whose earnings are dependent on the yield curve, which tracks interest rates in bond securities, are likely to see lower earnings estimates, Cramer said. That includes the banks, who make money off the difference between long-term and short-term interest rates.

“In an inverted yield curve world, all of the financials are toxic, except for the faux-financials fintech,” he said. “And even fintech has gotten too expensive here.”

If it’s a bank, money manager’s don’t want to go near it, Cramer said.

4. Will the stock be impacted by the push for single-payer health care?

Many in the crowded slate of Democratic 2020 presidential hopefuls are advocating for some form of a universal health care system. Bernie Sanders, the independent senator from Vermont, is the most notable mouthpiece to increase access to care with “Medicare for All.”

That creates a risk for the health care stocks and hospital chains that benefit from the nearly-decade old Affordable Care Act.

Front runner and former Vice President Joe Biden is one exception in the Democratic field. Cramer believes his candidacy will inject confidence in managed care stocks.

“As long as Joe Biden’s in the lead, the group is fine, you gotta buy them,” he said. But if Biden falters, these stocks could be crushed.

5. Are the company’s earnings related to weather?

April showers bring May flowers, the saying goes. However, Cramer has labeled the month of flowers “terrible” for retail and housing.

“I think it’s idiotic to sell stocks based on the weather, but money managers do stupid things all the time, and apparently a lot of companies were caught with their pants down by all this rain,” he said.

6. Is there millennial aversion to the company?

Canned and processed foods and plastic products are being written off by environmentally-conscious millennials. Investors should think before they buy stocks that are caught in this dilemma, Cramer recommended.

“More and more I hear younger millennial money managers speak disparagingly about these groups. You have to be very careful,” he said. “But please, don’t just go buy the ultimate millennial stock, Beyond Meat, like everybody else. [That stock price is] way too high. “