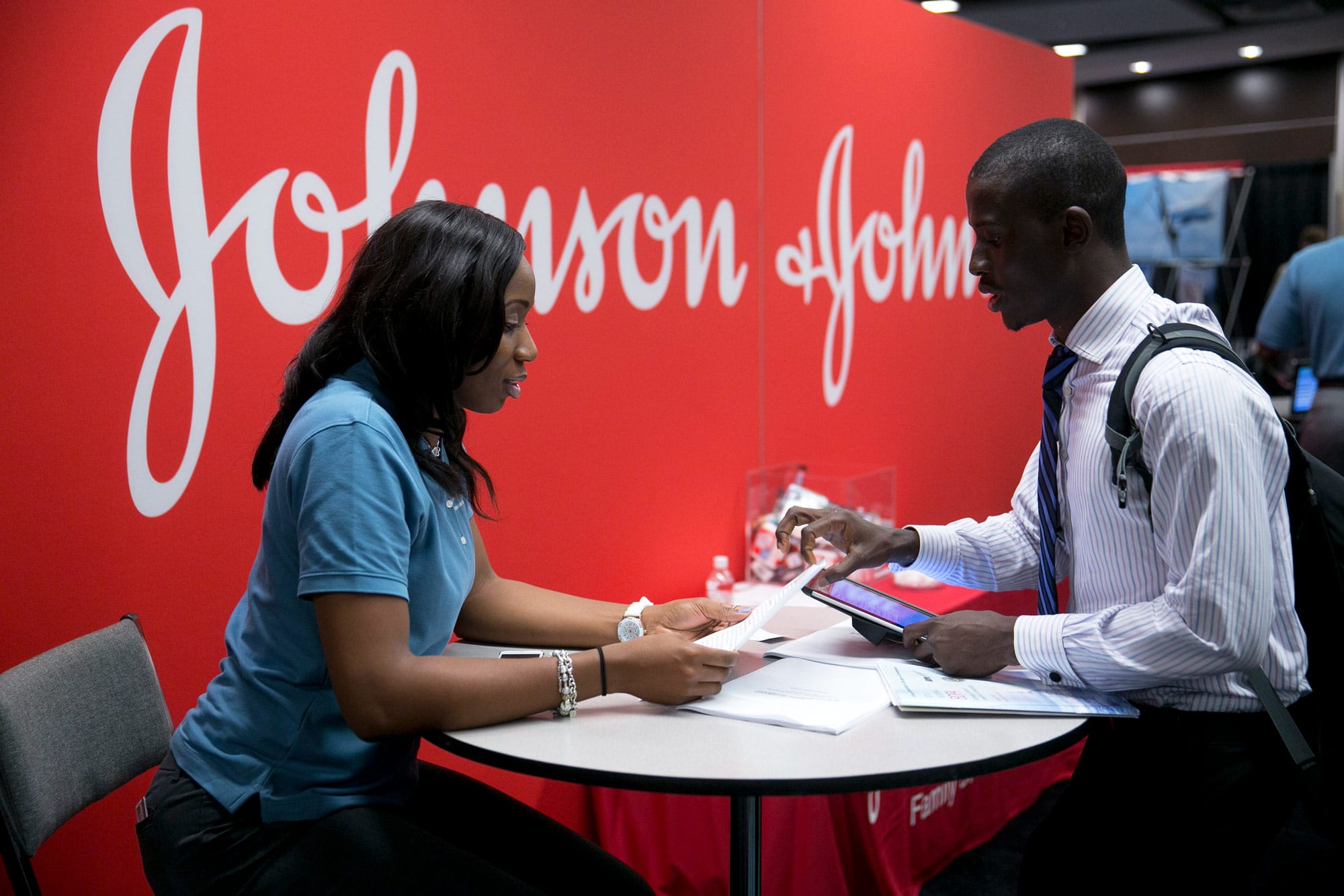 A job seeker talks to a Johnson & Johnson job recruiter at a career fair in Washington, D.C.

Johnson & Johnson is at risk of losing its Triple-A credit rating in light of the $572 million judgement against the company in Oklahoma’s landmark opioid trial earlier this week, Moody’s Investors Service said Wednesday.

Moody’s revised its outlook on J&J’s top-tier credit rating to “negative” from “stable,” reflecting the company’s financial exposure to opioid and talc related litigation as well as scrutiny from U.S. lawmakers over high prescription drug prices. Moody’s said that could put pressure on the company’s creditworthiness over the next 12 to 18 months.

“Several upcoming catalysts will help Moody’s assess the magnitude of J&J’s legal exposures and the potential to negatively affect the Aaa rating,” Moody’s said in a research report Wednesday. “These include the first bellwether trials in the Multi-District Litigation in Ohio federal court opioid proceedings, a decision on which expert testimony can be used in federal talc lawsuits, and the outcome of an appeal of a Missouri talc verdict.”

J&J’s stock rose Tuesday and early Wednesday after Oklahoma Judge Thad Balkman late Monday ruled against the company in the state’s opioid suit. J&J was ordered to pay $572 million — much less than the $17 billion in penalties sought by the state and less than the $1 billion verdict expected by Wall Street. The company intends to appeal the decision.

The health-care conglomerate, along with other drugmakers, still faces more than 2,000 lawsuits consolidated in a federal court in Ohio. It’s also fighting more than 14,000 lawsuits over its talc-based baby powder. Wall Street also expects Congress will pass a “middle-of-the-road” drug pricing reform package by the end of the year as both President Donald Trump and Democrats seek a policy “win” heading into the 2020 presidential election.

J&J said Wednesday it is was “pleased” that Moody’s has reaffirmed Johnson & Johnson’s top rating.

“As we have previously stated, Johnson & Johnson has strong grounds to overturn the Oklahoma judgment and we are in the process of preparing our appeal. We believe we have the facts and the law on our side in litigation matters referenced by Moody’s,” the company said in a statement.

J&J shares are down more 5% since May 28, when Oklahoma began its trial against the company.