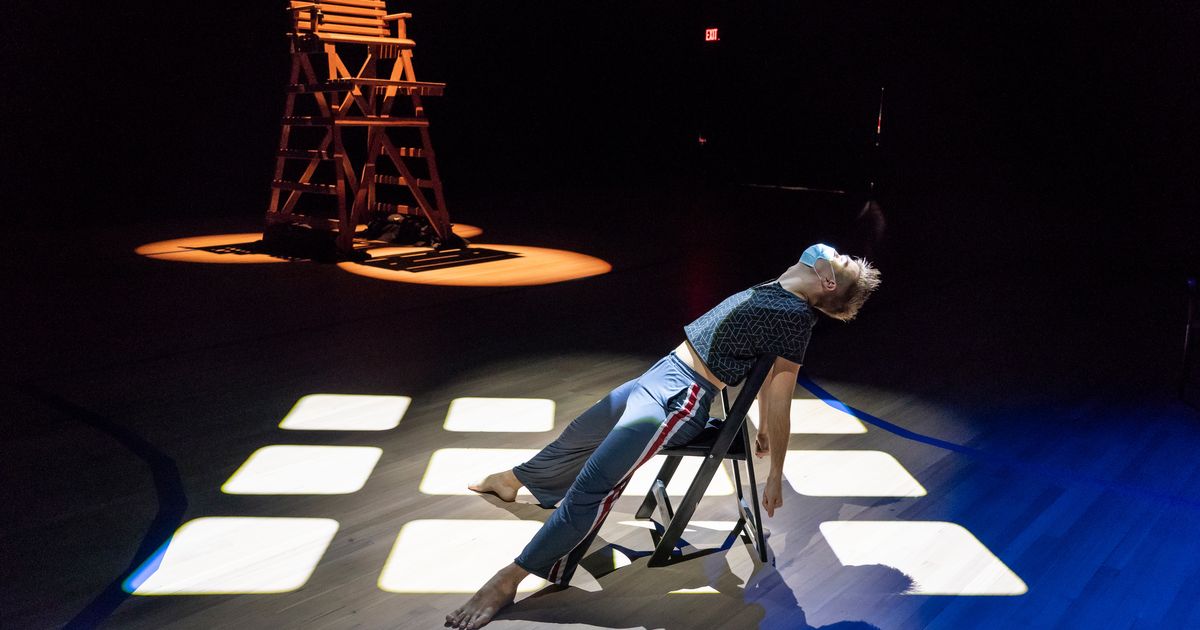 As the weather warms—and vaccinations become more plentiful—plans for in-person art events are starting to be made in New York. The Park Avenue Armory, the historic space that has held many of the city’s major artist projects, art fairs and performances, on Tuesday announced its 2021 “Season of Socially Distanced Performance Commissions”. The programme starts with a new composition by the choreographer Bill T. Jones, Afterwardsness, from 24-31 March, which features a musical tribute to George Floyd. Later projects include a “social distance dance club” (dates TBA) with the Talking Heads frontman David Byrne. According to the press release: “The audience is invited to dance in their own socially distanced spotlights to a specially curated playlist, all the while listening to a wonderfully idiosyncratic instructional voice over by David Byrne. Moving free-form or in sync with the spoken choreography, audience members take part in a communal moment of cathartic release in an anxiety-ridden time.” And performing live over a series of days later this year, the MacArthur “Genius” award-winning jazz pianist Jason Moran and the multi-Grammy Award-winning artist Laurie Anderson are collaborating for Party in the Bardo (dates TBA).

“Safety is our paramount concern, and after carefully choreographing every aspect of rehearsals, workshops, and a cast-audience filming of Afterwardsness, and following a review of our processes and protocols by the Department of Health, we are confident that these programs will be safe and powerful experiences for audiences hungry for the kind of connection and community that only live arts can provide,” says Rebecca Robertson, the Park Avenue Armory’s founding president and executive producer, in a statement. “The difficult circumstances and isolation did not hinder this brilliant group of artists’ creativity; rather, it provided a canvas for them to create work of astounding beauty and depth, utilizing the Drill Hall’s unconventional, wide open space as a vast canvas,” says the Armory’s artistic director, Pierre Audi. “The result is a set of special experiences that don’t merely function despite the limitations imposed by Covid-19 but because of them—innovation sparked by challenges.”

Call My Agent: the rise of the artist talent agency
Basking in the reflected glory of the River Thames
To Top
error: Content is protected !!
Top