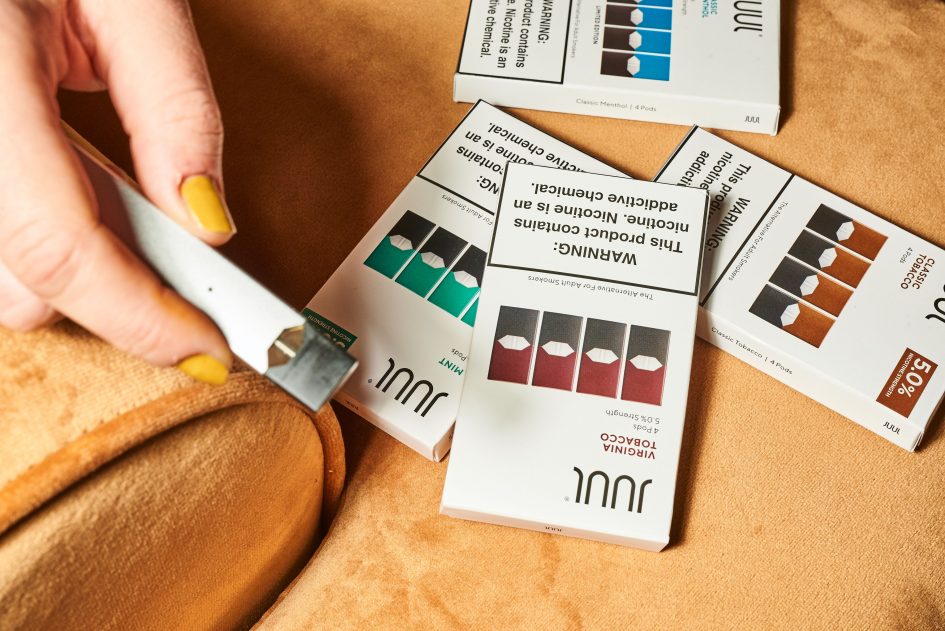 A person holds a Juul Labs Inc. e-cigarette next to packages of flavored pods.

E-cigarette giant Juul on Wednesday criticized its hometown after San Francisco supervisors approved a measure to prohibit the sale of e-cigarettes.

If passed, the law would make San Francisco the first city in the nation to take such action.

The legislation, which still has to go through a final vote and win approval from Mayor London Breed, is an effort by the city to end the youth vaping epidemic. The policymakers unanimously voted on Tuesday to forbid the sale of e-cigarettes, while also supporting a ban on manufacturing the products in the city.

Juul, which dominates the e-cigarette market, is facing a number of investigations scrutinizing the company’s alleged role in the rising use of nicotine among minors.

Juul denies it advertised its products to minors and said it shares the San Francisco Board of of Supervisors’ goal to keep tobacco products and e-cigarettes out of the hands of any one under 21-years-old.

However, the company said the proposal will leave adult smokers with no alternative to cigarettes.

“The prohibition of vapor products for all adults in San Francisco will not effectively address underage use and will leave cigarettes on shelves as the only choice for adult smokers, even though they kill 40,000 Californians every year,” Juul said in a statement.

The company said it will continue to work with businesses and local policy makers to enact stronger regulation opposed to complete prohibition of e-cigarettes.

The legislation comes as Juul looks to expand in the city where it is based.

The company recently announced it purchased a building in downtown San Francisco to acquire more office space to accommodate its growing work force.

“We have always been a proud San Francisco-based company, and remain committed to serving the community as we focus on helping adult smokers switch from combustible cigarettes — the leading cause of preventable death — and combating underage use,” the company said when it bought the building.