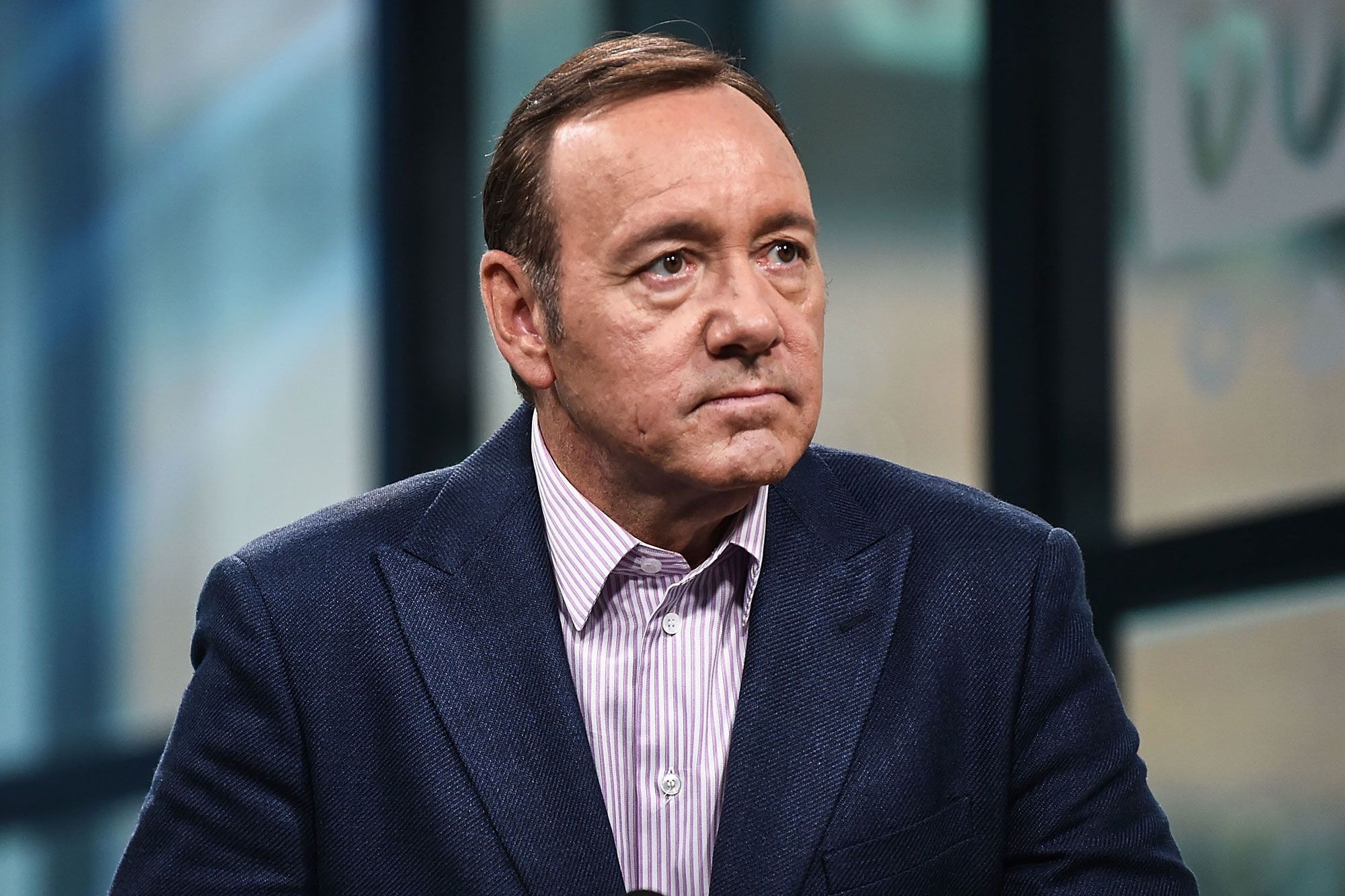 Kevin Spacey attends the Build Series to discuss his new play ‘Clarence Darrow’ at Build Studio on May 24, 2017 in New York City.

The young man who said Hollywood actor Kevin Spacey got him drunk and then groped him in a Nantucket, Massachusetts, bar in 2016 pleaded the Fifth on Monday during a court hearing. His testimony from that hearing has been stricken from the record.

The Fifth Amendment to the U.S. Constitution protects witnesses from self-incrimination.

Additionally, Spacey’s defense attorney, Alan Jackson, said that the accuser’s mother, Heather Unruh, may have been watching live coverage of her son’s testimony on TV. She denied doing so during her testimony.

Nantucket District Court Judge Thomas S. Barrett said he would give the accuser’s attorney time to decide how to proceed, but acknowledged it could be difficult to prosecute without the testimony of the alleged victim.

“It may be pretty hard to get around this in trial,” Barrett said. “The matter may well be dismissed for the reason indicated. It’s not going to happen today.”

The accuser, along with his parents, were expected to explain the whereabouts of a missing phone that is considered key to the criminal case Monday. He invoked his Fifth Amendment privileges after a recess. Just prior, Jackson had been questioning the accuser about whether he or anyone else had deleted text messages, photos or videos from his cellphone before handing it over to police.

He denied deleting anything from his phone. However, when Jackson asked if he was aware that destroying evidence is a felony under Massachusetts law, he answered, “I am now.”

His mother, however, testified that she deleted several videos from the phone before giving it to police. She said at least one of them contained her son getting high using a “water pipe,” or a bong. The video had been filmed more than a year after the alleged incident with Spacey, she said.

She also said that the video of her son using drugs was taken on a different cellphone than the one handed over to police, but somehow the new phone was transferring photos and videos to the old phone.

Spacey’s lawyers alleged the phone contains deleted text messages that show his accuser “concocted and exaggerated” the encounter in order to impress his friends, according to an NBC affiliate.

The accuser said his cellphone was turned over to the prosecutors in December 2017 as ordered by a judge and police notes indicate it was later returned to the young man’s father. On Monday the accuser’s father, Nick Little, testified that he did not recall getting the phone back.

Massachusetts State Police Trooper Gerald Donovan, who said he delivered the phone to Little, did not file any paperwork about returning the phone until June 2019.

The hearing at the Nantucket District Court comes just days after the alleged victim dropped a civil suit against the Academy Award-winning actor. The civil suit against the 59-year-old Spacey was filed on June 26 in Nantucket Superior Court. The accuser’s suit sought unspecified damages for “severe and permanent mental distress and emotional injuries.”

Unruh testified Monday that no settlement was paid when the civil suit was dismissed.

US life expectancy has been declining. Here’s why
Apple, CrowdStrike, NetApp and more
To Top
error: Content is protected !!
Top