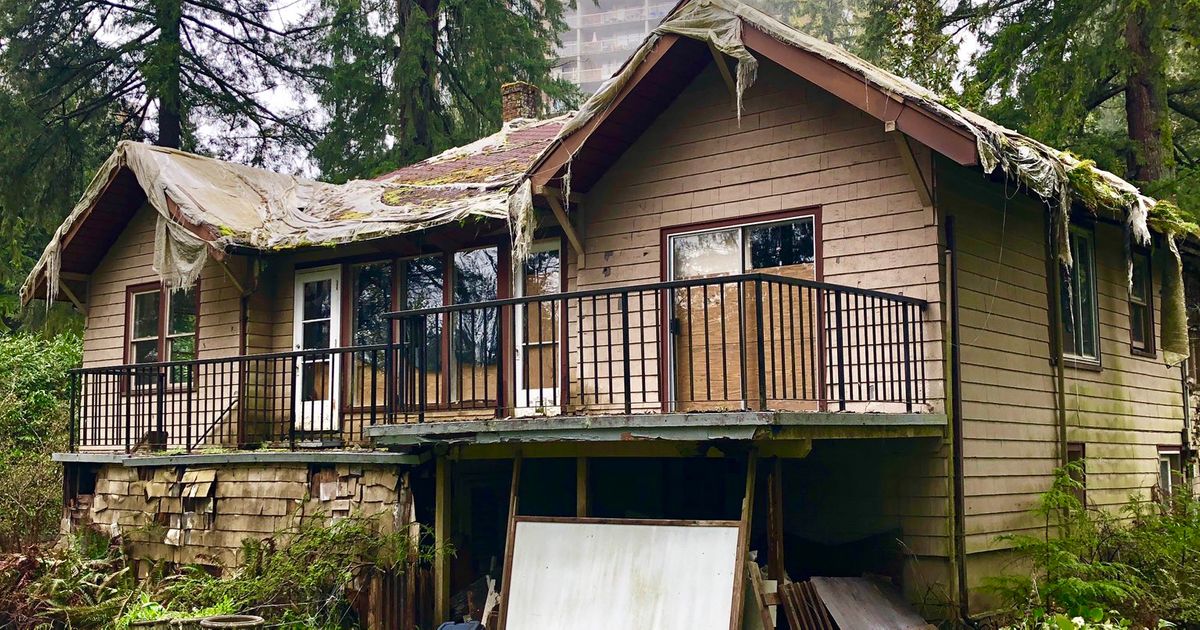 In 2018, District spokeswoman Donna Powers admitted: “In the past, all district facilities, not just Klee Wyck—I hate to say it—were almost completely neglected in terms of life cycle maintenance.”
Photo: @bjcjapan on Twitter

If an 11th hour appeal fails to find a wealthy donor who can cover the legal costs to stop a planned demolition, an historic property and former arts centre frequented by the painter Emily Carr will vanish from West Vancouver’s cultural landscape on Monday. Klee Wyck—a moniker that means “laughing one”, bestowed upon the West Coast Canadian painter by the First Nations people of Ucluelet on Vancouver Island, which she used as the title for her 1941 memoir—was once the home of Doctor Ethyln Trapp. The pioneering woman physician played a leading role in cancer treatment and radiation therapy, and was a friend and patron of many artists, including Canada’s Group of Seven. She found a kindred spirit in Carr when the two were introduced by the artist Nan Cheney in 1938. Trapp later bequeathed her house to the district of West Vancouver to be used as an arts centre.According to Joanna Baxter, a resident of West Vancouver and one of many who tried to save the property, “Emily Carr was a frequent visitor and did much of her painting and writing there.” The District has deemed the house beyond repair, however, and will begin to demolish it on Monday to make way for a planned “arts garden”. Trapp purchased Klee Wyck in 1942, just three years before Carr’s death. The rustic, lushly landscaped estate, situated above the banks of the Capilano River, includes a main residence built in 1925, a gate house from 1932 and later structures such as greenhouses and an artist’s studio. According to Trapp’s niece, Rosina Smith, she acquired and exhibited many of Carr’s works in her home, such as Juice of Life, a 1939 oil on canvas, now in the Collection of the Art Gallery of Greater Victoria, and Cabin in Woods, a 1940 oil on canvas, on permanent loan to the Vancouver Art Gallery.

A 1982 view of the Klee Wyck Art Centre, located at 200 Keith Road, formerly Dr Ethlyn Trapp’s private residence which she deeded to the Corporation of the District of West Vancouver in 1960 in memory of her father
© West Vancouver Memorial Library

In 1960, Trapp bequeathed the property to the district as an arts centre, and Klee Wyck enjoyed several decades as a thriving cultural hub, with a community theatre, artist’s studios, and international sculpture competitions. From 1977 to 2011, the District of West Vancouver leased the premises “to facilitate various art programmes, demonstrating its understanding of the agreement and confirming they understood Aunt Ethlyn’s wishes,” Smith says. But the property began to fall into disrepair in the 1990s and the District neglected to maintain it, according to many local arts advocates who fought for its preservation. In a 2018 article in the local North Shore News, District spokeswoman Donna Powers admitted: “In the past, all district facilities, not just Klee Wyck—I hate to say it—were almost completely neglected in terms of life cycle maintenance. There was no plan for maintenance of district facilities and Klee Wyck was one of those that was impacted. ” When Smith, who lives in Calgary, finally visited the property in 2019, she says she was “shocked” at its dilapidated state. Water damage from a leaky roof had caused rot and mold to permeate the property.Smith says that the District rebuffed a request from 30 family members to have an independent assessment of Klee Wyck conducted, to see if there might be some possibility of repair. But after consulting with the office of David Eby, then British Columbia’s Attorney General, she was told that her only recourse would be a costly legal battle that the family cannot afford.Smith says she is still looking for “someone with the funds to refurbish the home and enough strength to convince the District of West Vancouver to do the right thing. It may be necessary to get a stop order to ensure the home is not demolished on Monday. It is a very tall order, but I will hope for a miracle.”