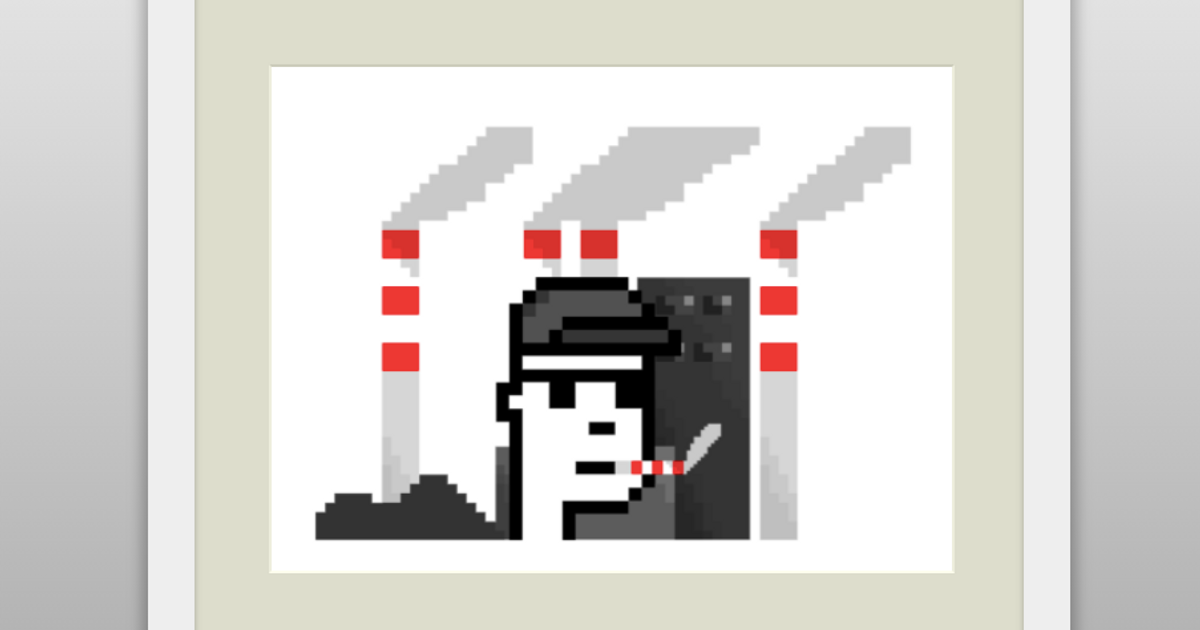 There’s never a dull moment in the metaverse and today’s conundrum came courtesy of an NFT (non-fungible token) that appeared to link to Banksy’s website, stoking debate on social media that the British street artist had entered the NFT fray. So keen was one collector named Pranksy (no, we are not making it up) that he swiftly bid 100 ETH—the equivalent of more than $330,000—on the NFT, listed on OpenSea marketplace, which was promptly accepted by the vendor, who goes by the name of gaakmann.Titled Great Redistribution of the Climate Change Disaster, the NFT—an 8-bit style image of a CryptoPunk-looking figure smoking a cigarette in front of four factory chimney stacks emitting plumes of smoke—seemed to be a comment on the climate crisis, a topic Banksy has been vocal about in the past. But Banksy’s publicist Jo Brooks was quick to rebuff the rumours, clarifying the artist “has not created any NFT artworks” and that “any Banksy NFT auctions are not affiliated with the artist in any shape or form”.Indeed, there were several red flags—not least because the NFT bears no resemblance to any of Banksy’s work. Crucially, it was also unsigned and carried no authentication from Pest Control. Suggestions that gaakmann could be Banksy because the artist used the pseudonym “Bryan S. Gaakman” when he entered a work into the RA summer exhibition in 2018 seemed far-fetched.

The NFT was posted on OpenSea by “gaakman”

Another eagle-eyed Twitter user warned that the page seeming to host the NFT on Banksy’s website was a plain html page, whereas every other page on his site is an asp page. Within hours, the link was removed, prompting Pranksy to post on Twitter: “It’s all very confusing, some could say… very banksy?!?” The NFT collector now believes Banksy’s website was hacked. The question, then, is who has masterminded the sale. Pranksy’s cover photo on Twitter is of a pixelated red and white aeroplane, not dissimilar in aesthetic to the 8-bit style NFT. When asked if he was in on the hoax, Pranksy denied any involvement. “No prank at all,” he told The Art Newspaper. So was he scammed? “I think so, but I wasn’t forced to bid. It’s the risk I took. No refunds on the blockchain!” Pranksy says he now hopes to reach out to Banksy’s team “as it was a hack of their website”.It is not the first time that Banksy has been pulled into the orbit of NFTs. In February, a series of NFTs inspired by the British street artist, including an appropriated version of the print, I can’t believe you morons actually buy this shit (2007), sold for $900,000, despite having nothing to do with Banksy. Another NFT creator who goes by the name NotBanksy4 has minted several spin offs, including I Ape, which currently has a bid of $2,700 on Rarible. It would seem the strength of Banksy’s market now extends to his hackneyed NFT followers.

Klee Wyck, a historic home used by Emily Carr in West Vancouver, to be demolished
‘I use adornment, but with a message’: Chila Burman brings her eye-popping Punjabi neon extravaganza to Covent Garden’s storefronts
To Top
error: Content is protected !!
Top