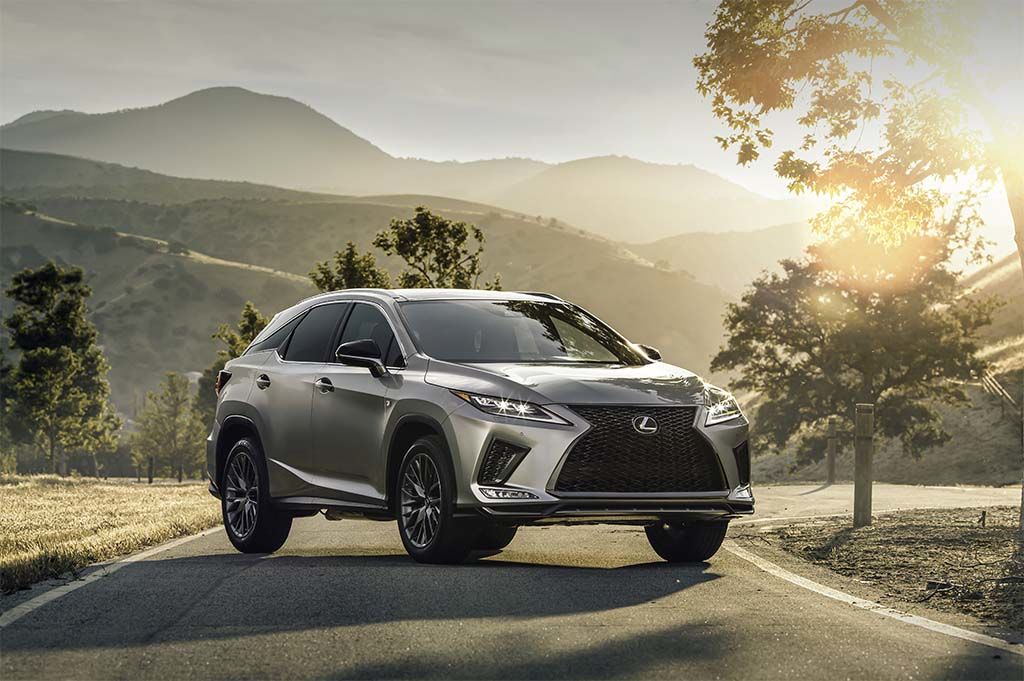 Product proliferation has become the norm in today’s auto industry. But for Lexus, despite adding an assortment of sedans, sports cars and sport-utility vehicles, the Japanese luxury brand is effectively defined by a single model, the midsize RX crossover.

Since its 1998 introduction, the RX has become the Lexus brand’s best-selling model, sales of 111,641 last year handily topping the demand for the rest of the marque’s utility vehicles combined. But with the current RX line now finishing up its fourth year, the luxury arm of Toyota is readying some major updates for the 2020 model year in a bid to fight off a growing list of competitors.

“There is no doubt this is the absolute foundation and bread-and-butter of the brand,” said analyst Rebecca Lindland, of RebeccaDrives. “It’s what makes Lexus viable.” She said it is critical for the automaker to increase the competitiveness of the RX line at a time when the crossover-utility vehicle, or CUV, “is coming under more and more pressure.”

Originally introduced in Japan as the Toyota Harrier, what became the Lexus RX in the U.S. quickly connected with family buyers looking for a hipper and more stylish alternative to the stodgy minivans that dominated the “people-mover” segment of that era.

Demand accelerated as buyers by the millions shifted from sedans and coupes to SUVs and CUVs. That was particular apparent last year when the RX outsold all of the Lexus brand’s sedans, coupes and sports cars by roughly 20%. Those passenger car models collectively slipped to 92,660, an 11.2% decline.

Lexus clearly wants to keep momentum going for the RX. But in today’s crowded market that is more of a challenge than at any time since the crossover was first introduced, Lisa Materazzo, the brand’s vice president of marketing, said in an interview ahead of the official rollout of the 2020 model.

When the RX was initially introduced, Materazzo said, there were only a handful of midsize competitors and even fewer in the luxury segment. Today, she said, “There are more vehicles than ever out there.” These include high-line CUVs like the Mercedes-Benz GLE, the Audi Q7, Volvo XC90, Infiniti QX60, Acura MDX and Cadillac XT5, with more coming.

What was once a core strength for the RX, and Lexus as a whole, its strong link to baby boomers, now risks becoming a problem, according to analyst Lindland. She said the brand “is no longer aspirational” to millennials, the next big car-buying cohort, as they begin to start families of their own.

Lexus has been looking for ways to connect with that new generation of buyers. A year ago, it launched one of the most significant updates of the RX since bringing out a hybrid version a decade earlier. The RXL marked the first time Lexus offered a three-row version, reflecting the growing demand for seven- and eight-seat crossovers.

The 2020 RX won’t deliver anything quite so dramatic, but it is, nonetheless, more than the generally insignificant midcycle “refresh” that might once have been expected. If anything, Lexus has tried to touch just about everything it could without making a complete tear-up of the fourth-generation model.

That starts with exterior changes, including new front and rear fascia, revised headlights and taillamps, and new wells.

With more and more buyers switching from cars to CUVs, automakers have started offering many of the performance features traditionally offered on sedans and coupes. Mercedes, for example, offers several sporty versions of its own midsize CUV, including the 480-horsepower GLE 580.

While Lexus doesn’t push to that extreme, the 2020 RX has added more structural adhesives that help make the body more rigid. That translates into a more sporty and well-planted ride, especially for those who opt for the F Sport Performance Package. That package also includes a more aggressively tuned, adaptive suspension system and tighter power steering.

The 2020 RX also adds plenty of the high-tech features that younger buyers crave. It includes Android Auto, Apple CarPlay and an updated infotainment system that can be upgraded with a user interface more like Amazon’s Alexa, recognizing common speech rather than requiring users to learn stilted commands.

The crossover’s trunk can be opened by simply waggling a foot under the rear bumper. And there are a number of new Advanced Driver Assistance Systems — or ADAS, in industry-speak. These include the ability to spot bicyclists and pedestrians, even in low light, automatically applying the brakes if a collision is likely, as well as the ability to track and hold the vehicle’s position in its lane.

And, as with the outgoing version, the 2020 RX will be offered with a choice of either a conventional gas engine or a hybrid powertrain that, at 308 horsepower, attempts to blend fuel economy and performance.

While Materazzo agrees that the RX faces a bigger challenge than in years past, she says she is confident it will maintain its position as not only the best-selling Lexus crossover but the No. 1 model in the entire luxury midsize segment. It will help if the RX can maintain its 58% loyalty rate, among the highest in any luxury segment, according to industry data.

Considering the role the crossover plays, Lexus can’t afford to do anything other than keep the RX booming. While newer entries, such as the compact NX and even smaller UX are starting to gain momentum of their own, they have a long way to go to catch up to the original Lexus CUV.

Pricing for the 2020 Lexus RX and RXL models will be announced closer to their on-sale date late this year.

Paul Eisenstein is a freelancer for CNBC. His travel and accommodations to the media debut for the Lexus RX in Santa Monica, California, were paid for by Lexus.

Galaxy’s Edge’s cast members all have unique backstories and costumes
How to make the most of your trip to Star Wars: Galaxy’s Edge
To Top
error: Content is protected !!
Top