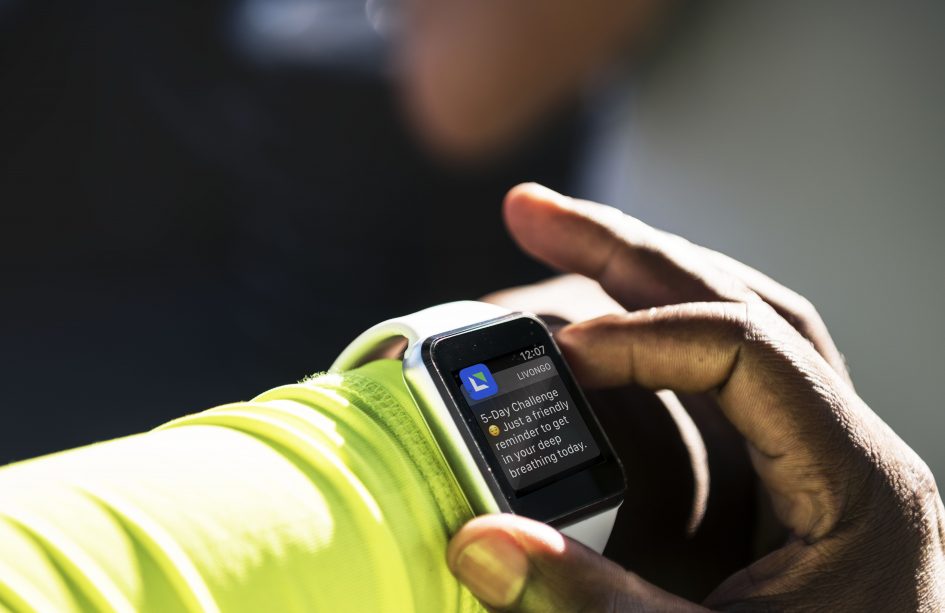 Livongo, a company that focuses on using technology to help people manage chronic conditions, announced on Wednesday that it will connect to wearables including the Apple Watch, Fitbit, and Samsung’s Gear smartwatch to provide health-related reminders and nudges to its customers.

Wearables were once focused on fitness. Now, they’re increasingly being used to help people manage medical conditions, like diabetes and heart disease. This could make these devices more popular, transforming them from a “nice to have” into a “must have” for a subset of people, and open up new revenue models, such as getting insurance companies to subsidize the devices for their customers.

In the U.S. alone, 6 in 10 American adults suffer from at least one chronic disease.

Livongo was founded in 2014 and started with technology that employees with diabetes can use to manage their disease, such as connected glucose meters, test strips and lancets. It also offers health coaching via its mobile apps.

The company built its core business by selling its service to dozens of self-insured employers, including Amazon, Microsoft and Walgreens, as well as health plans. The insurers cover the cost, which means employees get Livongo’s service at no cost. Livongo now claims 164,000 active users, and is expected to be among the first so-called “digital health” companies to go public this year.

Now, the company says the Livongo app will work with smartwatches to send notifications to help patients manage their diseases. For example, a Livongo user’s Apple Watch might alert them to take a blood sugar reading in the morning before breakfast, which can be an insightful metric for people with diabetes, or to suggest they eat low-starch veggies before lunch or to swap out a sugary beverage for soda.

The company’s chief product officer Amar Kendale told CNBC in an interview that not all nudges work, or are relevant, but the team has been studying them for years to try to get the right balance. The company wants to avoid “alert fatigue,” he noted — the last thing the company wants is for users to feel overloaded.

The company is also rolling out five-day health challenges for users, which Kendale says is typically enough time to trigger behavioral changes.

These notifications are designed to be targeted to each user, rather than generic one-size-fits-all alerts Kendale added. Over time, the company is hoping to learn about their members’ behavior to determine the kind of behavioral changes that might be the most helpful, or likely to succeed.

Fitbit’s general manager of health solutions Adam Pellegrini, noted that the integration with Livongo’s app is about driving better health outcomes and behavior change — and that moves both companies beyond activity tracking. “(It) underscores the growing role that wearables and Fitbit devices play in the management of chronic conditions,” he explained.