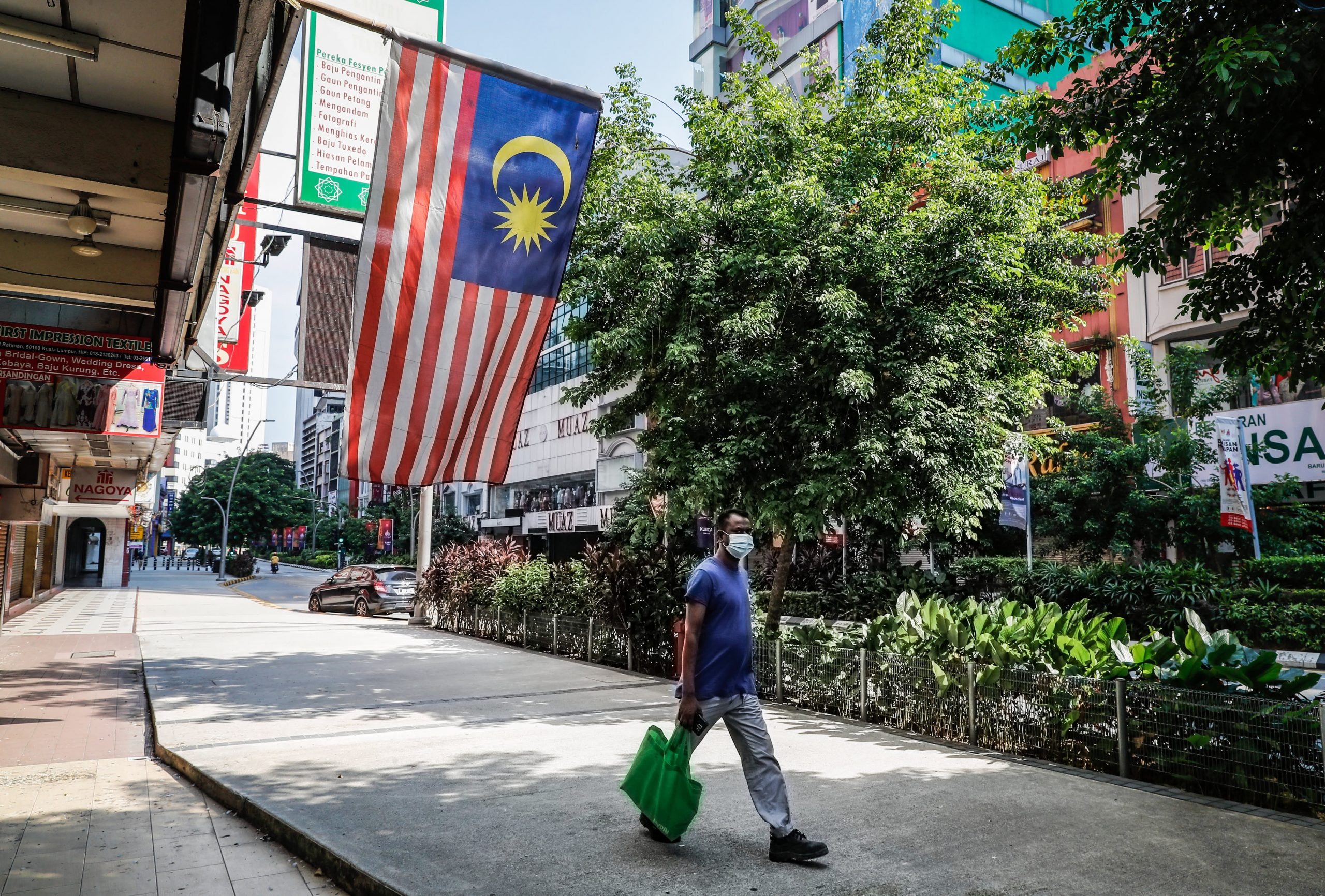 A man wearing a face mask as a preventive measures against Covid-19 walks along an empty street in Chinatown.Wong Fok Loy| SOPA Images | LightRocket via Getty ImagesThe Covid-19 outbreak in Malaysia has become one of the worst globally.On a seven-day moving average basis, Malaysia recorded 483.72 confirmed Covid infections per million people on Wednesday — the eighth highest globally and top in Asia, according to the latest data compiled by online repository Our World in Data.Meanwhile, the country’s daily reported deaths relating to Covid were around 4.90 per million people on Tuesday on a seven-day moving average basis. That’s the 19th highest globally and third highest in Asia, the data showed.Our World in Data is a collaboration between researchers at the University of Oxford and U.K. non-profit organization Global Change Data Lab.Malaysia managed to keep the number of infections low for much of 2020. But the country has struggled to tame a surge in cases despite implementing multiple rounds of restrictions and a state of emergency.Political analysts blame the government’s mishandling of the outbreak as it worsened.”Malaysia’s response is being hampered by chaotic governance and persistent political infighting,” Joshua Kurlantzick, senior fellow for Southeast Asia at think tank Council on Foreign Relations, wrote in a report.Malaysia’s political crisisThe Southeast Asian country plunged into political turmoil when former Prime Minister Mahathir Mohamad unexpectedly resigned in February last year. It paved the way for Muhyiddin to form a government by cobbling together a fragile coalition.Political opponents have long challenged Muhyiddin’s claim of majority support in the country’s 222-seat parliament. Calls for the prime minister’s resignation — even among his allies — grew louder after Malaysia’s king on Thursday issued a rare rebuke over the government’s handling of the state of emergency.The king had consented to Muhyiddin’s request for a state of emergency from January to August 1 to manage the country’s surging Covid infections.Many analysts considered the move an attempt by the embattled prime minister to preserve his political standing, especially when parliament was suspended under the emergency and elections cannot be held.When parliament reconvened this week, the government surprised the nation by announcing that it had decided to end the emergency effective July 21. The king said the government’s unilateral revocation did not follow constitutional procedure.Since coming to power, Muhyiddin has sought to avoid parliamentary votes that his political opponents could use as a proxy to a no-confidence vote against his leadership. The Malaysian parliament has never voted on a no-confidence motion.Covid vaccinations picking upDespite the political tussle, Malaysian authorities have accelerated the pace of vaccinations in recent weeks. More than 18% of the country’s 32 million population have been fully vaccinated, according to Our World in Data.    Economists from British bank Barclays estimated that Malaysia — along with Singapore and South Korea — will be among the Asian countries to reach “critical levels” of vaccinations this year.The Malaysian government said it aimed to inoculate most of the adult population by year-end.Still, economists said the worsening outbreak and ongoing social-distancing measures have hurt Malaysia’s growth outlook.Barclays last month cut its 2021 growth projection from 5.5% to 5%. That’s well below the Malaysian central bank’s forecast range of 6% to 7.5%.

Yum Brands tops earnings estimates as sales rebound at Taco Bell, KFC and Pizza Hut
CDC warns that delta variant is as contagious as chickenpox and may make people sicker than original Covid
To Top
error: Content is protected !!
Top