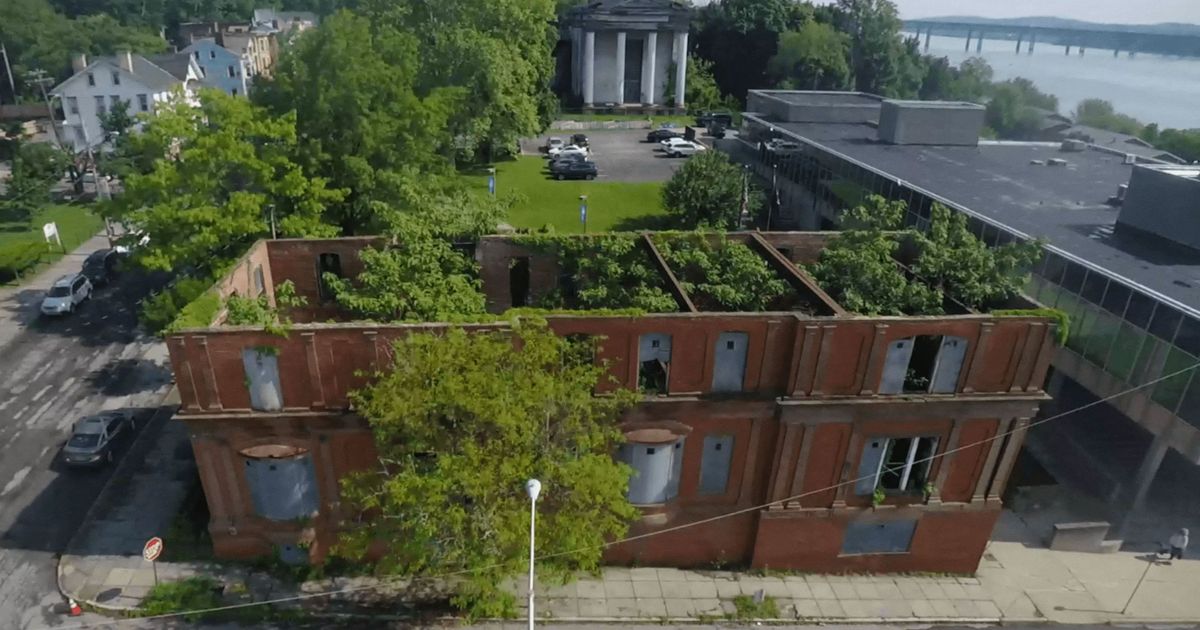 Two years before he died in 2019 at age 41, the Austrian-born, New York-based artist Martin Roth planted the seeds for a large-scale installation that would turn an abandoned building in Newburgh, New York into a “plant concert hall” and public garden. A Kickstarter campaign organised by the local art non-profit Strongroom is raising the funds to realise the project, with the aim of opening the site to visitors at the end of June.Roth is known for work that often incorporated living organisms, such as plants, snails, worms, and birds. In one of his most well known pieces, Roth plucked a succulent from the garden of Stephen Paddock, the Las Vegas mass shooter who left 58 concert-goers dead in 2017. Roth kept the plant alive in a New York gallery as a “symbol of hope or healing”. The posthumous project in Newburgh, tentatively titled A Home With a Garden, will involve the creation of a massive, living “plant concert” in a historic building which has been in disrepair since a fire in the 1990s. Roth’s initial proposal discussed turning the space into a “magical garden with pathways crisscrossing an environment filled with trees, roses, wildflower and waterfalls”. The leaves and roots of the plants within the building will be wired to devices that transmit and amplify sounds from the plants in real time, creating an ambient orchestra. Efforts to realise the work, including getting approvals from the city of Newburgh, securing insurance and safety inspections, have “basically been going for four years” explains Kelly Schroer, the founder of Strongroom, which invites artists to create site-specific installations in Newburgh.

An artist rendering of the garden

Roth came to the Hudson Valley town in June 2017, Schroer says, and proposed the project soon after seeing the historic City Club building, which has become almost completely overrun by nature. Built in 1852 and designed by Andrew Jackson Downing, now known as the grandfather of landscape architecture, and Calvert Vaux, who went on to work with Frederick Law Olmsted on major public parks, the building is owned by the city, who granted Strongroom permission to use it so long as they could find a third party engineer to sign off on its safety. It took a year to find an engineer willing to do so, and soon after came Roth’s untimely death, which was then followed by the pandemic, nearly ending the project. “The work is not just the final installation or the framework that Martin set up for us to carry this out; it is also the action of making and nurturing this framework, and the garden evolving over time,” Schroer says. “It’s much harder to do it without him, but I feel very responsible to see it through.”