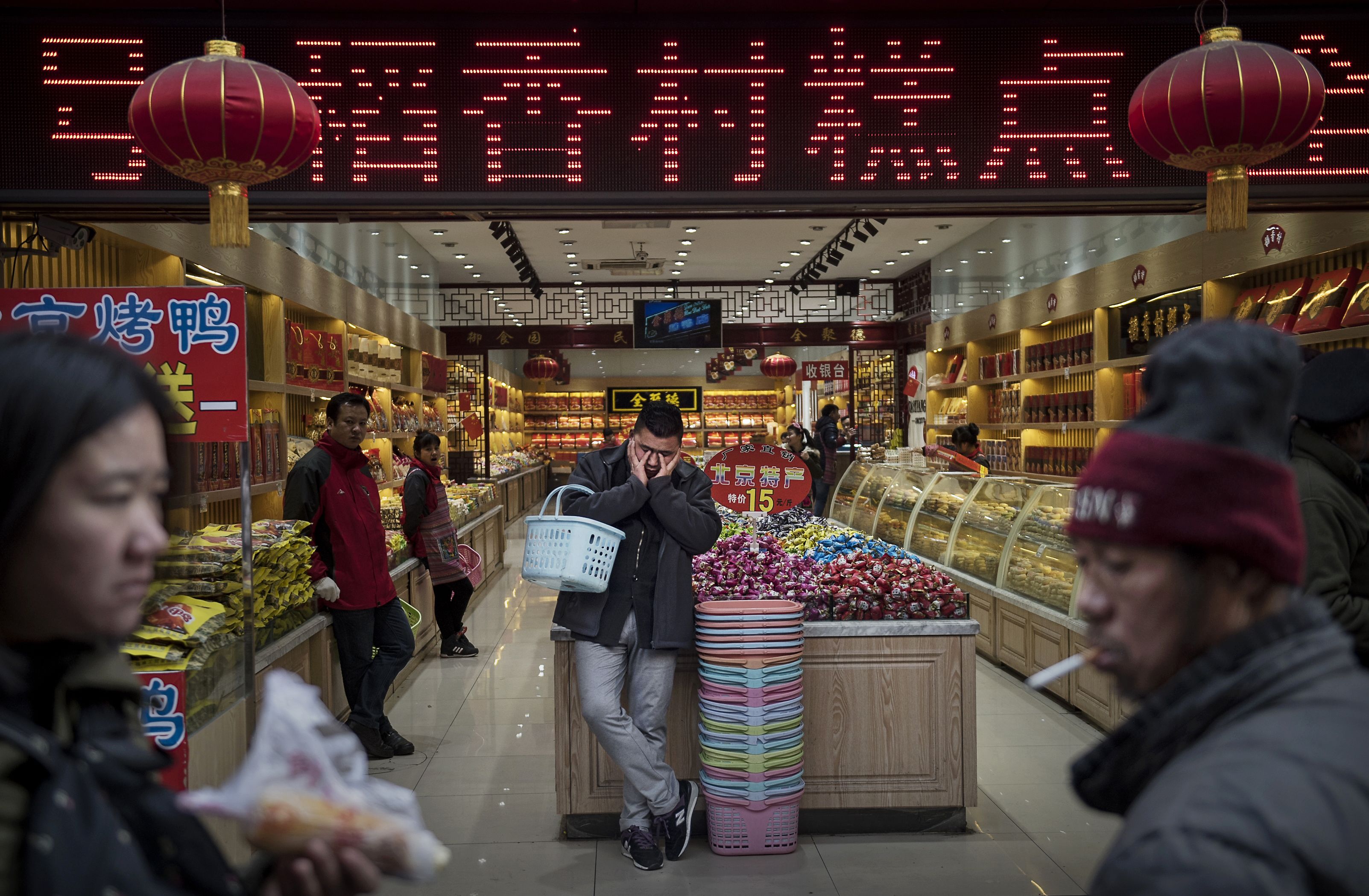 A Chinese customer rests as he stands in a store in a shopping district on January 20, 2015 in central Beijing, China.

China’s consumer inflation in May rose to the highest in 15 months, as food prices spiked due to persistently high pork prices, the National Bureau of Statistics data showed on Wednesday.

Consumer price index (CPI) in May rose 2.7% from a year ago, the highest since February last year and in line with expectations of economists’ polled by Reuters.

Pork prices in China have been persistently high this year as African swine fever hit hog herds in the country. Pork prices rose 18.2% from a year ago in May, the statistics bureau said.

Meanwhile, producer price inflation (PPI) — a gauge of industrial profitability — rose 0.6% in May from a year ago.

The latest set of economic data came amid a trade fight between the world’s two largest economies.

So far, the U.S. has slapped duties on $250 billion in Chinese products, while Beijing has put tariffs on $110 billion in American goods. President Donald Trump has threatened to impose separate tariffs on more than $300 billion of Chinese goods that are currently not taxed.

The charts warn that stocks are due for a pullback, Jim Cramer says
Jim Cramer explains what the market needs to ‘recharge’
To Top
error: Content is protected !!
Top