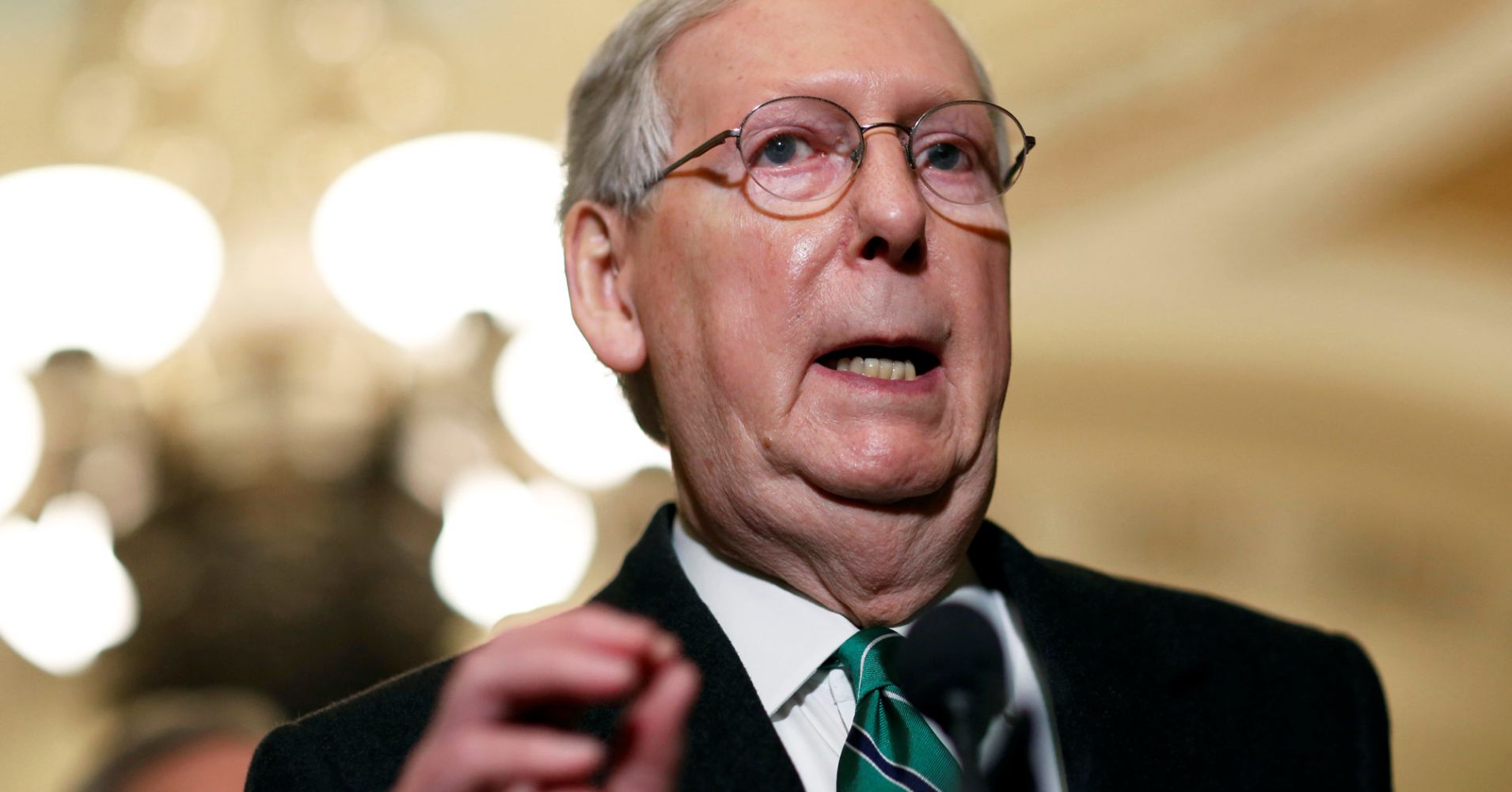 In response, local and state governments have pushed up the age to buy tobacco products to 21. A dozen states have already raised the minimum buying age and New York and Maryland are expected to join them soon. Even more states are considering legislation. At least 450 cities and counties have enacted T21 laws, according to the Campaign for Tobacco-Free Kids.

Yet even with McConnell behind the bill, some conservative lawmakers are sure to oppose the measure. Lawmakers in McConnell’s home state of Kentucky rejected a state bill earlier this year to raise the minimum buying age. Sen. Richard Burr, R-N.C., recently blasted the Food and Drug Administration for pursuing a ban on menthol cigarettes.

“Altria strongly supports raising the legal age of purchase for all tobacco products, including e-vapor, to 21. This is the most effective action to reverse rising underage e-vapor usage rates. Now is the time to move to 21 and we welcome Senator McConnell’s leadership on this important issue,” Willard said Thursday in a statement.

“We commend Senator McConnell for announcing this legislation as we strongly support raising the purchasing age for all tobacco products, including vapor products, to 21 and have been actively supporting legislation to do this at the federal level and in states across the country,” Burns said in a statement Thursday.

Burns said this type of legislation can help restrict youth access by preventing products being shared between legal-age and underage peers.

“We support Senator McConnell’s efforts to raise the national minimum purchase age to 21 as an effective means of keeping tobacco products out of middle and high schools, where many youth obtain the products, especially vapor, from friends between the ages of 18 and 21,” BAT said Thursday.

A 2015 National Academy of Medicine study concluded that increasing the minimum buying age would reduce the number of teens who get hooked on nicotine and therefore save lives.

A spokesman for the Campaign for Tobacco-Free Kids said while the group “strongly supports” raising the minimum tobacco buying age, it wants to “make sure it is a strong bill that is free of special interest provisions that benefit the tobacco industry.”

He warned that some proposals have included provisions that prohibit things like flavor bans, which e-cigarette makers strongly oppose.

Shares of Altria slid about 2% and British American Tobacco dipped about 1%. Juul is privately held.

The $2.5 million Pininfarina Battista electric hypercar debuts in US
How Funko Pops are made
To Top
error: Content is protected !!
Top