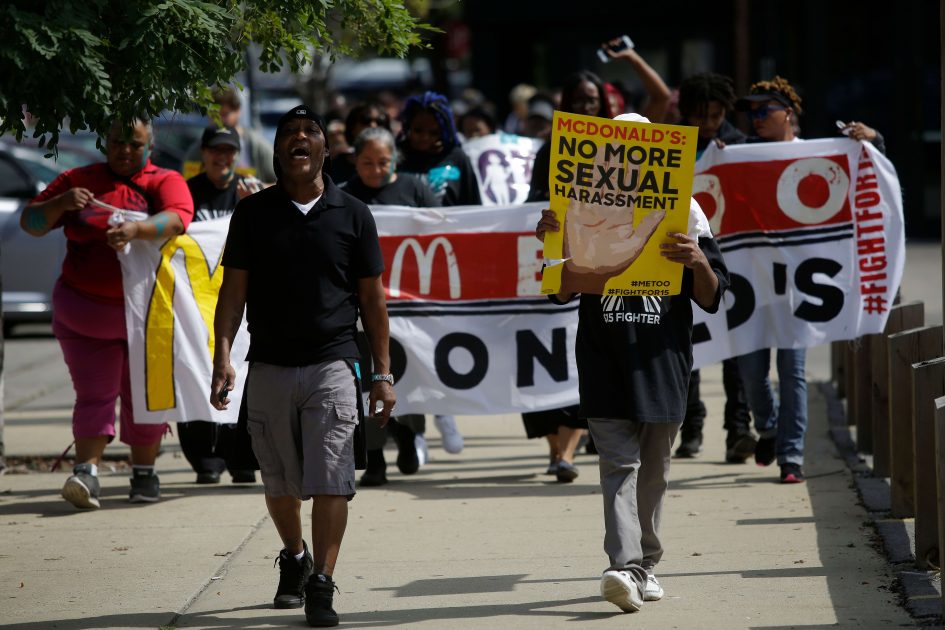 McDonald’s employees and other fast food chain workers protest against sexual harassment in the workplace on September 18, 2018 in Chicago, Illinois.

McDonald’s said Wednesday that it will introduce new workplace training centered on harassment and workplace safety as it faces scrutiny over its previous handling of incidents.

The program will begin in October. Restaurant supervisors and employees will receive training through interactive and computer-based training programs and in-person discussions.

The training will cover a wide range of a topics, including mitigating workplace violence, bystander intervention, unconscious bias, anti-bullying tactics and how to report complaints in the workplace.

The Chicago-based company started working with RAINN, the nation’s largest anti-sexual violence organization, last year to improve its policies around sexual harassment, abuse and retaliation. In the fall of 2018, it launched training completed by 95% of U.S. franchisees and general managers on similar topics.

“There is a deeply important conversation around safe and respectful workplaces in communities throughout the U.S. and around the world,” said Chris Kempczinski, McDonald’s U.S. head, said in a statement.

In May, McDonald’s received a new wave of complaints about how it handles sexual harassment in its restaurants. The Time’s Up Legal Defense Fund, the American Civil Liberties Union and fast-food workers coalition Fight for $15 filed 23 new complaints against the fast-food giant. Twenty of those complaints were sent to the EEOC, and the remaining three were filed as civil lawsuits.