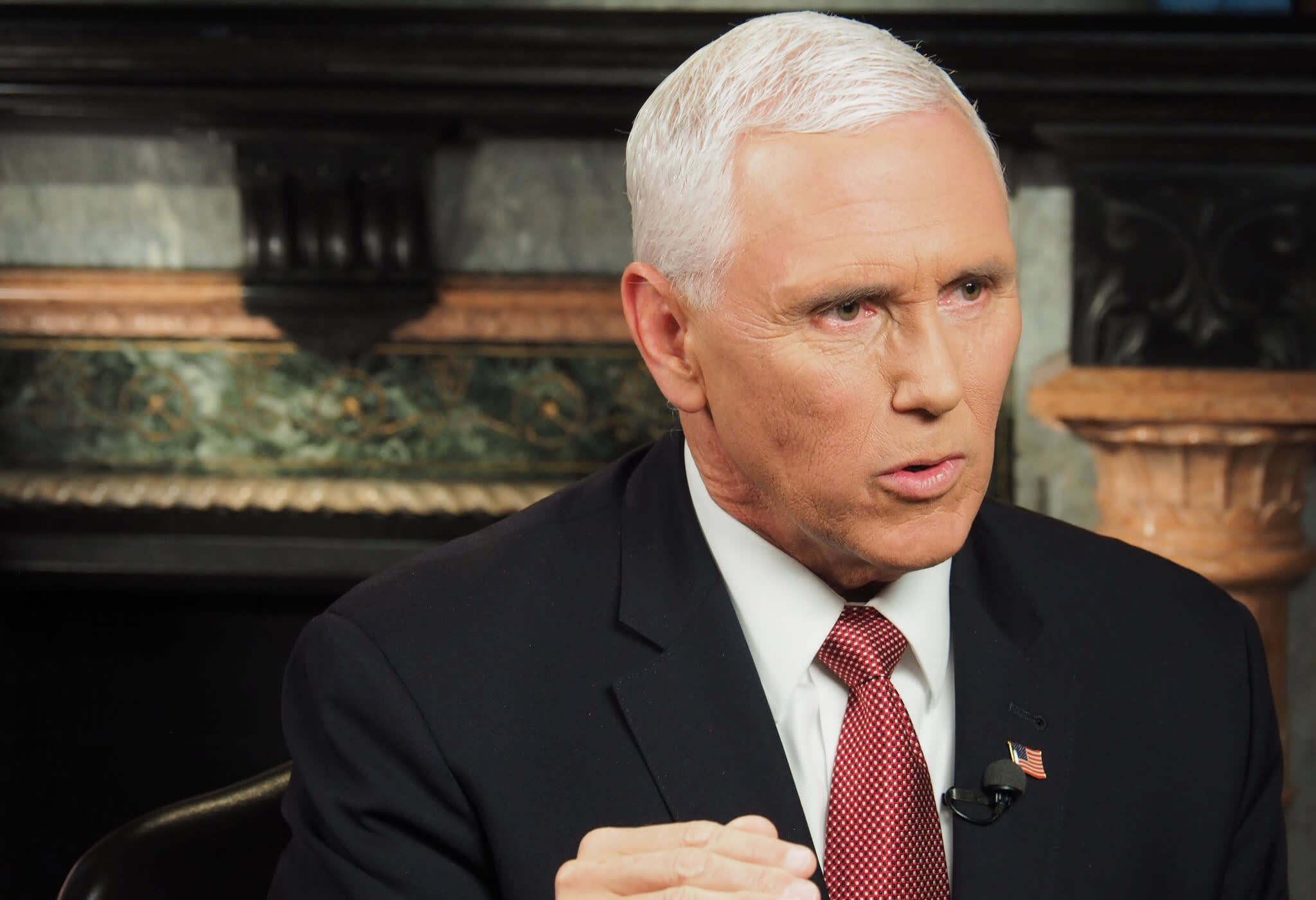 Vice President Mike Pence speaks with CNBC’s Eamon Javers on May 3rd, 2019.Mary Catherine Wellons | CNBCU.S. Vice President Mike Pence on Thursday struck an unyielding tone on America’s position in its trade war with China.”The era of economic surrender is over,” Pence told CNBC’s Joe Kernen at the CNBC Institutional Investor’s Delivering Alpha Conference.Pence said that not only does the U.S. run “$500 billion trade deficits” with China, the country also loses almost as much in intellectual property theft every year.The U.S. goods trade deficit with China was $419.2 billion in 2018, a 11.7% increase over 2017, according to data from the U.S. Census Bureau. Washington has accused Beijing of intellectual property theft — something China has always denied — which along with other issues have been covered in their trade negotiations.”For too long one administration after another, Republican and Democrat administrations, were willing to accept extraordinary disadvantages to American workers and American jobs in the name of trade with China,” Pence said, according to a transcript of his comments.”Those days are over … we’re going to continue to stand strong,” Pence added. “The American people can be confident President Trump is going to continue to stand strong.”The vice president’s comments come as U.S. and Chinese deputy trade negotiators resumed face-to-face negotiations on Thursday for the first time in nearly two months. Several rounds of negotiations between the two sides have so far failed to yield a breakthrough.Pence said Treasury Secretary Steven Mnuchin and the U.S. Trade Representative Robert Lighthizer will meet with Chinese officials next month.The world’s top two economies have engaged in a trade war that started a year ago as a tariff fight but later spilled into other areas such as technology.”I mean, what the President is doing with China is defending the American economy, defending America’s interests. And the strong stand that he’s taken we believe is having an impact on China’s economy,” said Pence.— CNBC’s Yen Nee Lee and Reuters contributed to this report.