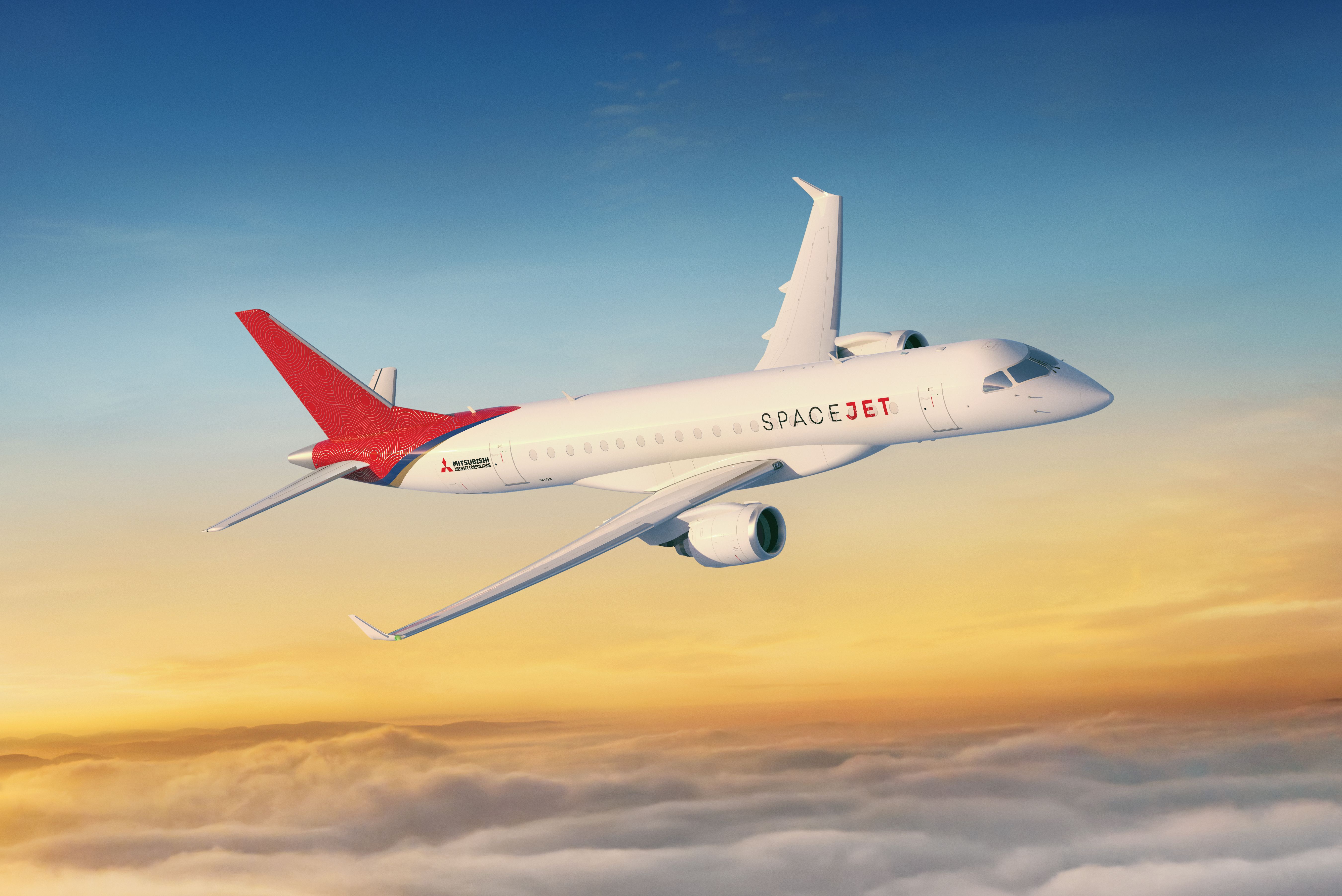 Mitsubishi Aircraft is getting closer to launching the first Japan-made airliners in more than half a century: the SpaceJet.

The Japanese aircraft manufacturer, a unit of Mitsubishi Heavy Industries, now needs regulators and customers to get on board.

Ahead of the Paris Air Show, Mitsubishi unveiled on Thursday the retrofuturistic new brand name and outlined plans to get the program — long plagued by production delays — finally up in the air.

It tweaked the design of the smaller of the two planes in the Mitsubishi Regional Jet family to lengthen the cabin and downsize the wings. And it recently started test flights for the larger one, the SpaceJet M90 (or MRJ90) with the Federal Aviation Administration and the Japan Civil Aviation Bureau in Washington state, where it recently opened new U.S. headquarters.

The 88-seat M90 has a range of about 1,300 miles, or around the distance between New York and Miami.

The more fuel-efficient planes compared with previous models are part of a wave of designs for aircraft smaller than the single-aisle Boeing and Airbus planes that dominate air travel and fit from about150 to more than 200 passengers.

These planes come with large overhead bins, more spacious seats and bigger cabins than some of some of the older and more cramped regional planes some flyers dread.

Customers for Mitsubishi’s M90, which it plans to deliver in 2020, have included Japan’s All Nippon Airways (ANA) and SkyWest, a North American regional carrier which counts United Airlines, American and Delta as its clients.

But if Mitsubishi wants to break in to the regional jet market in North America, size matters.

That’s because of pilot union rules in the U.S. that cap the number of seats on regional jets at 76 and limits take-off weight, so that more flying isn’t outsourced from large, mainline carriers to smaller regional airlines, where crew pay is lower.

So Mitsubishi is offering a tweaked smaller version of the plane, the SpaceJet M100, to fit those rules. It planes to debut the plane’s interior at the Paris Air Show.

“In the U.S. market, the aircraft is optimized to be scope clause compliant in the 65-76 seat, three-class cabin configuration,” Mitsubishi Aircraft said in a release on Thursday.

The rebranding comes at a turning point for the regional jet industry.

Mitsubishi has reportedly been considering taking over Canadian competitor Bombardier’s regional jet business, which would give the Japanese manufacturer access to a large aftermarket support network.

Airbus last year took majority control of Bombardier’s C-Series program and renamed the planes A220. And Boeing is in the midst of taking over Brazil-based Embraer’s commercial jet business.