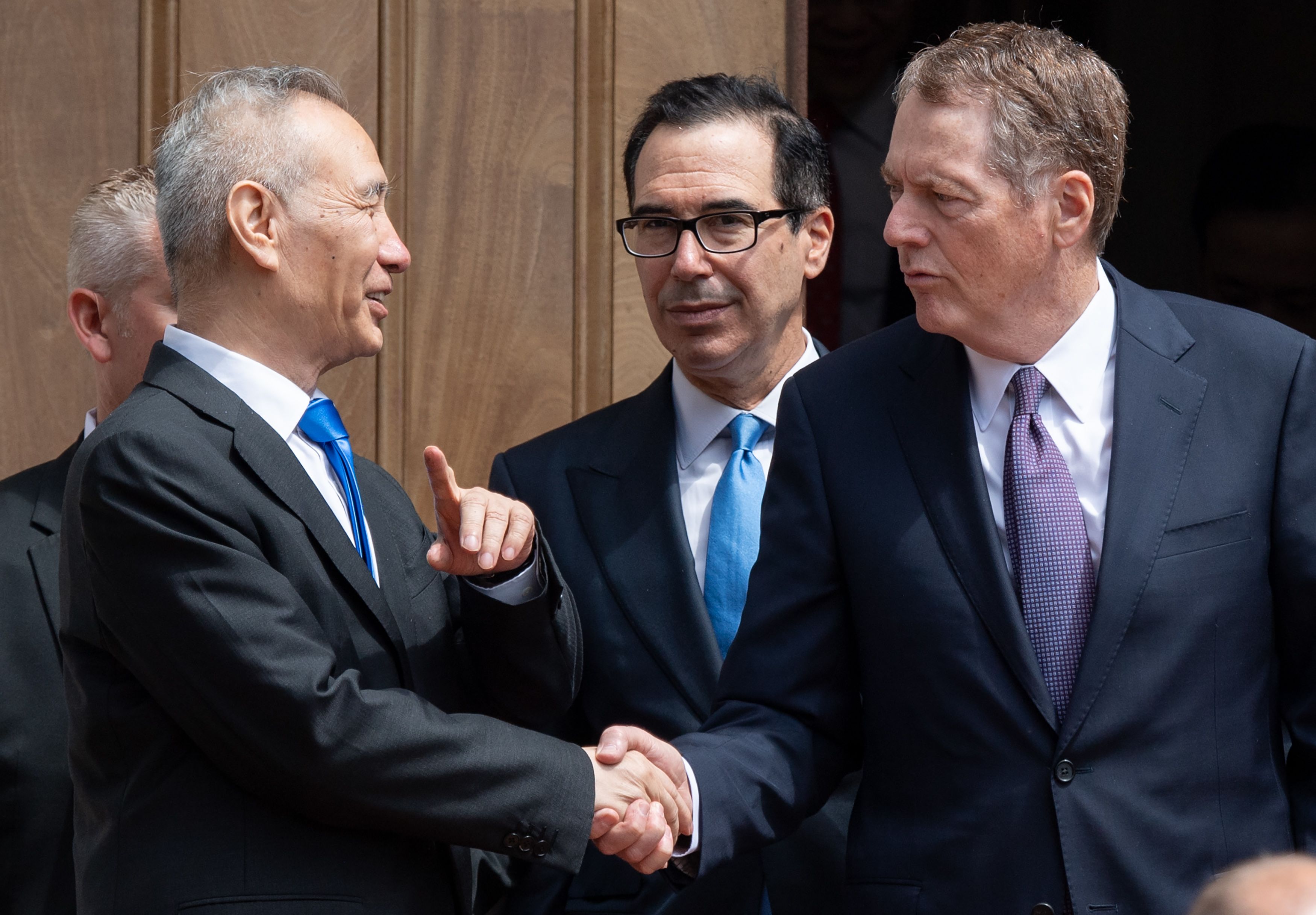 Chinese Vice Premier Liu He (L) shakes hands with US Trade Representative Robert Lighthizer (R) alongside US Treasury Secretary Steven Mnuchin (C) as Liu leaves the Office of the United States Trade Representative after trade negotiations in Washington, DC, May 10, 2019.

Top U.S. trade officials spoke with their Chinese counterparts Tuesday as Washington and Beijing work to iron out a trade deal.

U.S. Trade Representative Robert Lighthizer and Treasury Secretary Steven Mnuchin spoke to Chinese Vice Premier Liu He and Commerce Minister Zhong Shan “to continue negotiations aimed at resolving the outstanding trade disputes” between the world’s two largest economies, according to a U.S. official. The official said “both sides will continue these talks as appropriate.”

The call continues a fresh round of engagement between the U.S. and China as they try to avoid widening a damaging trade war. Late last month, President Donald Trump and Chinese President Xi Jinping met at the G-20 summit in Japan and agreed not to levy new tariffs.

Trump has pushed for Beijing to buy more American goods and address intellectual property theft. They seek to scrap tariffs slapped on $250 billion and $110 billion in Chinese and American products, respectfully, as the potential for the conflict to hurt the global economy grows. Trump has previously suggested he would want to leave duties in place until China complied with a potential deal.

Talks collapsed in May just as the Trump administration said it had gotten close to an agreement with Beijing. The White House accused China of backing out of major commitments. Both sides then increased rates of existing tariffs.

At a CNBC Capital Exchange event, Kudlow said he would put “no timeline” on the talks and emphasized “quality not speed.”

Health stocks fall before arguments on constitutionality of Obamacare
Patients in the UK are using Amazon’s tech for aches and pains
To Top
error: Content is protected !!
Top