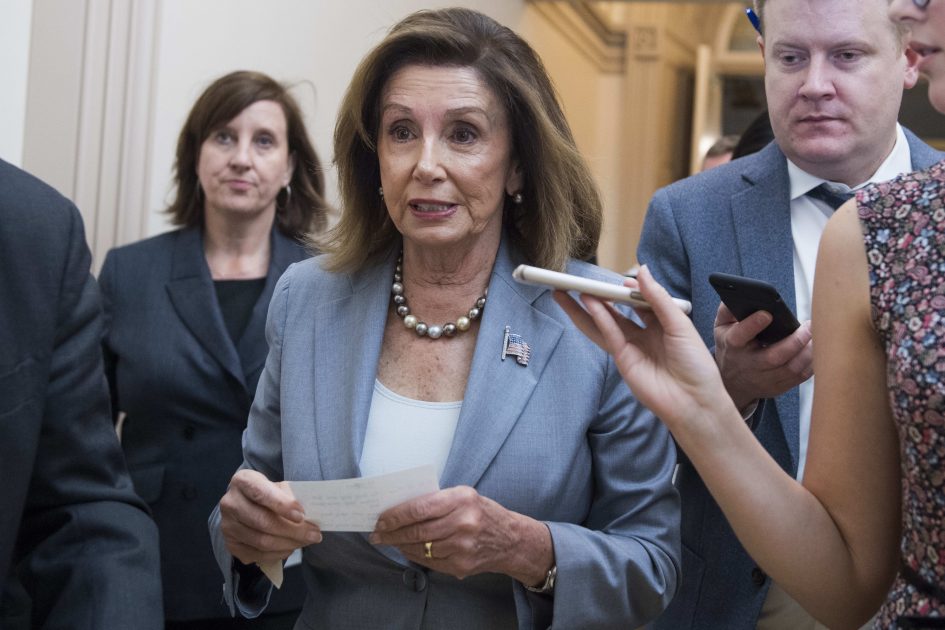 Speaker Nancy Pelosi, D-Calif., leaves a meeting of the House Democratic Caucus in the Capitol on Wednesday, September 18, 2019.Tom Williams | CQ-Roll Call Group | Getty ImagesHouse Speaker Nancy Pelsoi, D-Calif., unveiled a sweeping plan Thursday to lower prescription drug prices in the U.S.Pelosi and House Democratic leaders have been working for months on a plan to reduce U.S. drug prices. The main thrust of the plan will allow Medicare to negotiate lower prices on as many as 250 most expensive drugs and apply those discounts to private health plans across the U.S, according to a legislative summary distributed to lawmakers.The plan will also establish an international pricing index, which would bring drug prices in line with what other nations pay, and penalize pharmaceuticals companies who refuse to negotiate with the government or fail to reach any drug pricing agreement.Current rules prohibit the Department of Health and Human Services from negotiating drug prices on behalf of Medicare — the federal government’s health insurance plan for the elderly. Private insurers use pharmacy benefit managers to negotiate drug rebates from pharmaceutical manufacturers in exchange for better coverage.Lawmakers and the Trump administration are both trying to pass legislation before the end of the year that would bring more transparency to health-care costs and, ultimately, lower costs for consumers.Pelosi’s plan is likely to get pushback among Republicans who say they want prices negotiated in a free market.Another plan, from the Senate Finance Committee and backed by President Donald Trump, would also make changes to Medicare and include a penalty for pharmaceutical companies that raise drug prices faster than inflation. The plan, which a lawmakers see as a “middle ground” approach to drug prices, received pushback from Republicans who argued the penalty rule was an excessive government intervention.This is a developing story. Please check back for updates.